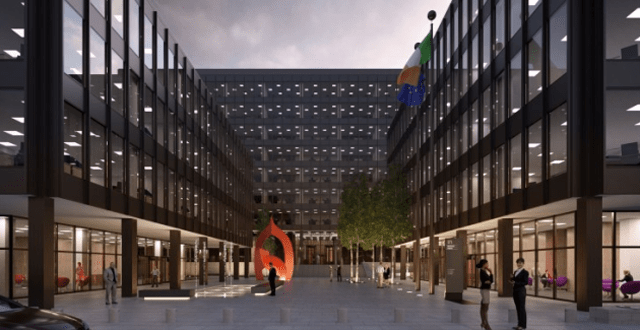 A meeting of the Covid-19 national public health emergency team (NPHET) on 10 March discussed correspondence from the Infectious Diseases Society of Ireland (IDSI) that called for “full quarantine” to be declared in Ireland, according to meeting minutes.

“This proposal was discussed. It was agreed that there is no epidemiological case for a full quarantine at this time, but that the situation will be kept under review.”

The same meeting of the NPHET on 10 March also agreed that restrictions such as closure of schools and educational institutes “may form part” of Ireland’s response in reducing the spread of Covid-19.

According to the NPHET, its recommendations arose from “a significant increase in recent days” in the number of cases detected in Ireland, a number of clusters in hospital settings with some cases in intensive care and a number of cases arising from community transmissions.

In addition, the 10 March meeting of the NPHET discussed “the restrictions on visitors to nursing homes”, a reference to measures that had been announced on 6 March by Nursing Homes Ireland, which represents private nursing homes.

“It was agreed that the current practice of restricting visitors to nursing homes was not required and this would be kept under review. However, there is an opportunity to reiterate infection prevention and control advice to the public and visitors to healthcare facilities. Additionally, the importance of ongoing communication with stakeholders in this regard was emphasised,” according to minutes.

The minutes stated NPHET’s recommendation was that unilateral/widespread restriction of visiting to nursing homes, hospitals and healthcare facilities was “not required at this time”.

Two days later, restrictions on visiting hospitals and long term care settings were part of the measures announced by Government upon the NPHET’s recommendations.

On 15 March, the Government announced that all pubs should close after significant non-compliance with social distancing guidelines.

On 24 March, further measures were announced by Government following a NPHET meeting, with all non-essential retail outlets to close.

Taoiseach Leo Varadkar said people needed to stay at home and only leave to go to work (if they could not work from home), shops for essential supplies, care for others and exercise.

On 27 March, upon the recommendation of the NPHET, measures were tightened with all people told to stay at home from midnight, with exceptions for essential services, shopping for food or medications, to carry out vital services like caring (including family carers) and for “brief individual exercise” within two kilometers of one’s home. Cocooning for people over 70, and people who are medically vulnerable, was also announced. These measures are in place until 12 April.

Following the announcement, Chief Medical Officer Dr Tony Holohan tweeted: “Now is the time. These measures are in place to protect us all from the spread of #COVID19. Together we can protect as many people as possible and help to push this virus back out of our communities, slow it and contain it as much as we can.”

The Medical Independent asked the Infectious Diseases Society of Ireland for comment on its early March correspondence. The Department did not provide further comment or detail on consideration of this correspondence at the 10 March NPHET meeting.

Some prominent consultants in infectious diseases have been publicly calling for more restrictive measures for a number of weeks, in order to limit the spread of Covid-19.

On 21 March, the Infectious Diseases Society tweeted: “IDSI is concerned about the epidemiological curve of #covid19 cases in Ireland. It is our view that further immediate societal measures, implemented by government are required to #StopTheSpread #lockdown.”

The following day, it tweeted that it continued to support the efforts of the Department, HSE, Chief Medical Officer and Chief Clinical Officer. It would “continue to work in partnership with them to protect Ireland and our patients” from Covid-19.

On 27 March following announcement of the current measures, the Society tweeted “there are 71 patients in ICU, 22 people have died including a healthcare worker The government have acted. Its over to you #Covid19ireland #washyourhands #stayhome.”