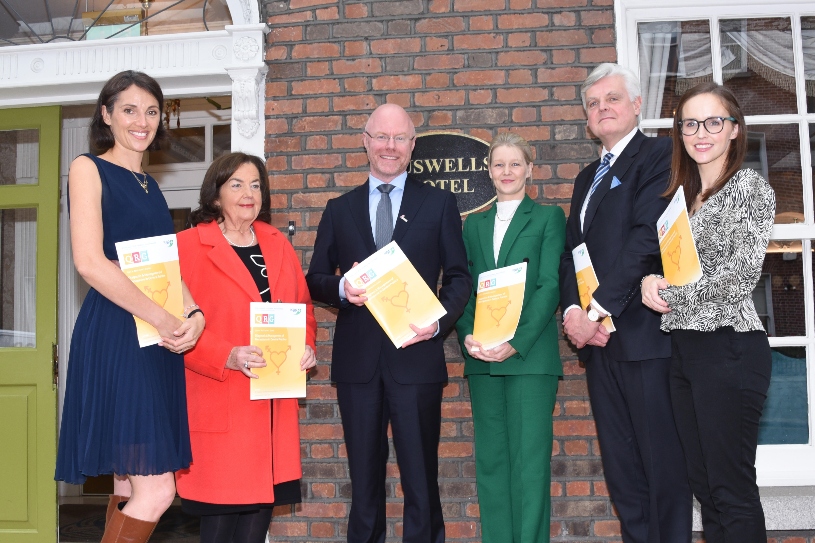 The quick reference guide (QRG) on menopause launched by the ICGP this week has been called a “significant milestone” by the College.

The QRG for the Diagnosis and Management of Menopause in General Practice, which was launched on Tuesday 4 October, includes information on diagnosis, lifestyle interventions, prescribing hormone replacement therapy (HRT) safely, alternative options to HRT, and specific advice for women with a history of breast cancer. An overview of the management of premature ovarian failure is included.

Speaking at the launch of the guide, the ICGP/HSE Clinical Lead for Women’s Health, Dr Ciara McCarthy, said there has been a “significant increase” in the number of women seeking menopausal care.

“And as a result, GPs have expressed a need for increased educational material in the area of menopause management.”

Officially launching the QRG, Minister for Health Stephen Donnelly said: “It’s an incredibly useful piece of work and I think it’s going to make big difference for GPs and most importantly, obviously, for the patients of GPs.”

The Lead Author of the guide, Dr Caoimhe Hartley, also told the Medical Independent (MI) that the QRG shows a “broader move towards increasing education for both undergrads and qualified GPS to improve the provision of care across the board”.

The ICGP Director of Women’s Health, Dr Nóirín O’Herlihy, highlighted that the information contained in the guide is being disseminated to members in various ways. The QRG was discussed at an ICGP webinar on 5 October and will be presented at the ICGP Autumn Conference on 15 October. The ICGP will also be running a community gynaecology course in November.

The College is also engaging with GP training programmes regarding the management of menopause and “the goal is to develop modules”, Dr O’Herlihy said.

“You won’t be able to practise in general practice unless you know about menopause.”

Regarding the shortage of HRT products for menopause symptoms experienced earlier this year, Dr O’Herlihy told MI that the QGR signposts HSE resources on how to cope with prescribing HRT during a shortage.

The guide is available for GP members at www.icgp.ie A series of  public videos about the menopause by the ICGP’s Dr McCarthy and Dr O’Herlihy can be accessed here.