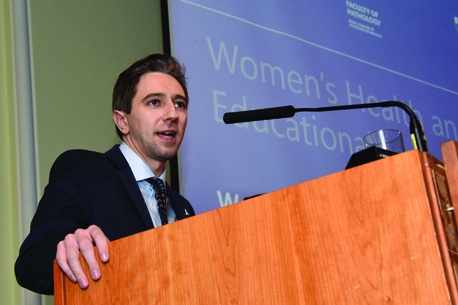 The Government has claimed that it will spend €60 million to recruit 1,000 frontline staff “into the community” by the end of 2021. The announcement was made as part of Budget 2020.

“Today, Sláintecare takes a major step forward, building on the work of the past year,” said Minister for Health Simon Harris.

“The long-term funding commitment in Budget 2020 will see the shift to community care begin to happen in earnest with 1,000 front line community health care staff to be recruited, including therapists, nurses and other professionals.

The Government also said that it would fund an “additional one million home help hours and the roll-out of a pilot statutory scheme invest €100million to help reduce waiting lists”.

,However yesterday the IMO accused the Government of not being serious about reform, while doing nothing to stem the constant flow of younger doctors emigrating to other countries that offer them better working conditions and pay.

The President of the IMO, Dr Padraig McGarry, also warned that the proposal to extend free GP care to children up to eight years of age has not yet been agreed with the IMO: “As part of the recent IMO GP Deal, the IMO agreed to enter separate negotiations on this issue but talks have not even begun on how this can be resourced and implemented and we have indicated strongly that this move is not our preferred policy direction given other priorities for investment.”