Defence Forces contingent deployed to Golan without own medical officer 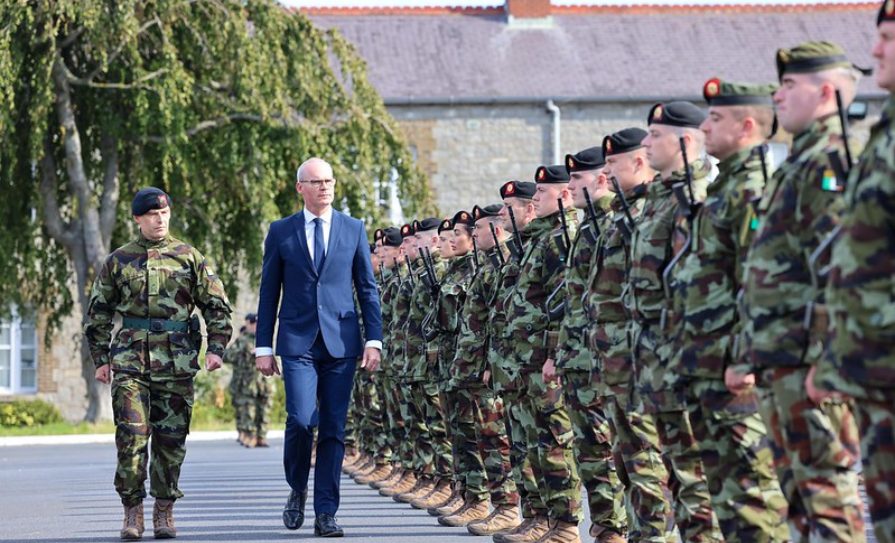 A 130-strong contingent from the 66th Infantry Group in the Defence Forces were deployed to the volatile Golan Heights in early October without their own medical officer, which is believed to be the first time this has occurred, the Medical Independent (MI) understands.

In a response last week, the Defence Forces said a medical officer would deploy “imminently”. An advanced paramedic and two combat medical technicians were in the Irish contingent, supported by a designated medical officer in Dublin.

The contingent, which is on a six-month tour of duty, have access to a United Nations Disengagement Observer Force (UNDOF) medical facility at their base, according to the spokesperson.

The development comes amid ongoing recruitment and retention difficulties in respect of medical officers due largely to a salary scale that is significantly lower than civilian medical practice roles.

As previously reported by MI, the Representative Association of Commissioned Officers (RACO) has called for the fixed period promotion term for medical officers to revert to three years in order to enhance recruitment and retention. It has said adjustments to promotion arrangements are required for both direct-entry medical officers and military medicine trainees “so that pay scales remain in line with junior to middle ranking doctors in the HSE”.

Informed sources told this newspaper there were “obvious” difficulties with relying on other foreign contingents to provide primary care, including communication barriers, different treatment regimens and standards and expectations of care.

There could also be medicolegal implications, including difficulties gaining access to medical records held by other national contingents.

The Defence Forces spokesperson said: “This repatriation was conducted in consultation between the designated medical officer in Dublin, the Irish paramedics in UNDOF, while also being supported by UN medical staff in the mission area.  This was not a medically urgent repatriation and the soldier in question was flown to Ireland on a normal commercial flight escorted by an Irish medic.  There was no requirement for an air ambulance.”

MI issued a series of questions to the Department of Defence on the lack of a deployed medical officer, the difficulties in recruiting medical officers, and the future of the military medicine training scheme, but it provided no comment.

The Department has not imposed any requirement for Defence Forces medical officers to have specialist registration with the Medical Council which is required in some other State organisations and reflected in the salary. This is a key contributor to poor recruitment and retention in the military medicine training scheme, which provides dual specialty training in general practice and military medicine. The salary scale is also leading to difficulties recruiting direct-entry medical officers and particularly in attracting specialist-trained doctors.

According to the Defence Forces, the 66th Infantry Group is based in Camp Faouar, which has a UNDOF medical facility headed by a “senior medical officer” and staffed by 23 UN healthcare professionals including two general surgeons, an anaesthesiologist and two general physicians (a primary care physician was not listed in the information provided). The facility is staffed by medical officers and staff from the Nepali armed forces.

UNDOF’s mandate is to provide a credible presence in the Golan and use its best efforts to maintain the ceasefire between Israel and the Syrian Arab Republic, according to a Defence Forces briefing note.

The ongoing safety of personnel on the UNDOF peacekeeping mission is of concern to the UN.

On 22 September the UN Secretary-General issued his latest UNDOF report in which he expressed particular concern about the safety and security of UNDOF peacekeepers in light of continued violations of the Disengagement of Forces Agreement signed by Israel and Syria in 1974.

According to the report: “At a time that remains particularly volatile for the region, I remain concerned about the continued violations of the Disengagement of Forces Agreement during the reporting period, including breaches of the ceasefire on 1, 8 and 15 June and 18 August, which also posed a risk to United Nations personnel.

The Defence Force is currently involved in 11 missions in 12 countries, with 538 personnel serving overseas in those missions.

According to its spokesperson: “We have medical personnel in our two largest missions, UNIFIL (Lebanon) and UNDOF (Syria).  For the other missions where the Defence Forces have smaller numbers of personnel deployed, medical supports are provided by the mission under a memorandum of understanding (MOU).

“These arrangements are in place, work effectively and form part of the pre-planning for any deployment to new missions. This is consistent with how medical care is provided to other foreign contingents.”