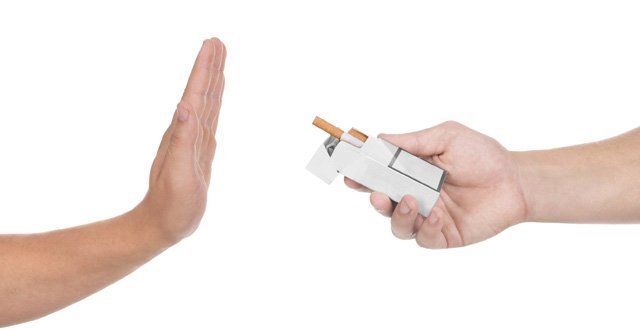 The rare but sometimes life-threatening condition bacterial meningitis is 49 per cent more likely to occur among children aged five and under born to mothers who smoked, according to a new study.

The study of almost 700,000 births, published in BMJ Open, highlights the high level of damaging health impacts and deaths linked to maternal smoking.

Study authors in Scotland examined births from 1997 to 2009 and followed child health records until 2012.

They found that 28 per cent of babies born small for gestational age and nine per cent born before 37 weeks were caused by maternal smoking.

Some seven per cent of deaths in the first month of life and 22 per cent in the first year are related to maternal smoking during pregnancy, the study found.

The researchers concluded that more than 20 per cent of post-neonatal deaths, many of which would be defined as Sudden Unexpected Deaths in Infancy (SUDI), may be related to smoking in pregnancy.

Among babies whose mothers were smoking during pregnancy, the odds of neonatal mortality in the first month after birth were a third higher when compared to mothers who were non-smokers, the study found.

The study authors noted that “overall, it is likely that there is an underestimation of the association between maternal smoking and poor outcomes including hospitalisation as 25 per cent of pregnant smokers deny their habit when asked at maternity booking”.

Prof David Tappin, Professor of Clinical Trials for Children at the University of Glasgow, warned that because 25 per cent of smokers at maternity booking do not admit to their smoking habit, “the figures we have calculated may be an underestimate of the real effects of maternal smoking on outcomes.”

“These findings support continued investment to reduce smoking among women before, during and after pregnancy as 50 per cent of women will go on to have further children.”