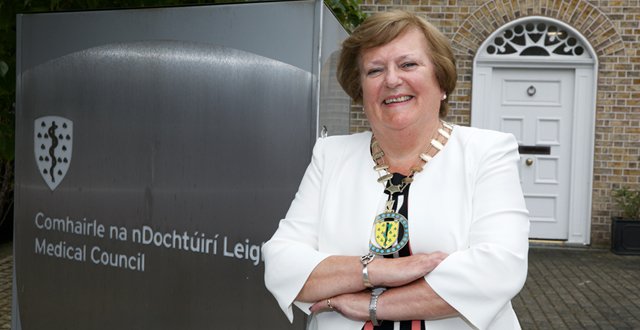 Communications between doctors in primary and secondary/tertiary care “are not great” and this represents a serious patient safety issue, according to the Medical Council President.

Dr Rita Doyle, a GP in Bray who was elected as Council President in July 2018, said the transition between primary and secondary/tertiary care was “the most dangerous journey” a patient makes.

As a GP, she outlined concerns around not receiving information following patient discharge from hospital. “If you ring and say that you are looking for something urgently and the young doctor says, ‘I am too busy’, actually ‘you can’t be too busy’ is what I am saying, because you must prioritise,” she told the Medical Independent (MI).

“If this patient doesn’t get medication x that you have prescribed because I don’t know about it, or they don’t get a prescription, then the patient is going to suffer and that is still your responsibility.

“The journey [for the patient] is fraught with danger…and currently because both sides are overloaded with work, these are the things that will slip. I am not criticising them for not doing it, I am saying they seem to be too busy to do it because they don’t know the priority of it. And vice versa, sometimes they criticise GPs’ letters…”

Dr Doyle added that, while she may be wrong, she believed GPs were “more tuned-in to how important the referral letter is”.

Asked if this issue may warrant a complaint to the Council or to a hospital clinical director, Dr Doyle said it would, “if you get no response”.

However, there would be a stepwise approach and the first point of contact would be the consultant under whom the junior doctor, for example, was working.

“I have no desire to be making complaints about doctors but what I want them to realise is that this journey for patients is terribly, terribly dangerous and we need to put in all the supports we can to make it a safer journey.”

Meanwhile, Dr Doyle described as “hugely sensible” a legislative proposal that will allow the Council CEO/authorised officer to initially investigate complaints against doctors, rather than the preliminary proceedings committee (PPC).

The aim is to ensure only complaints about a doctor’s fitness to practise are sent to the PPC for consideration.

The amendment is included in the Regulated Professions (Health and Social Care) (Amendment) Bill 2019, which was published in February.

The full interview with Dr Rita Doyle will be published in MI on 25 April.