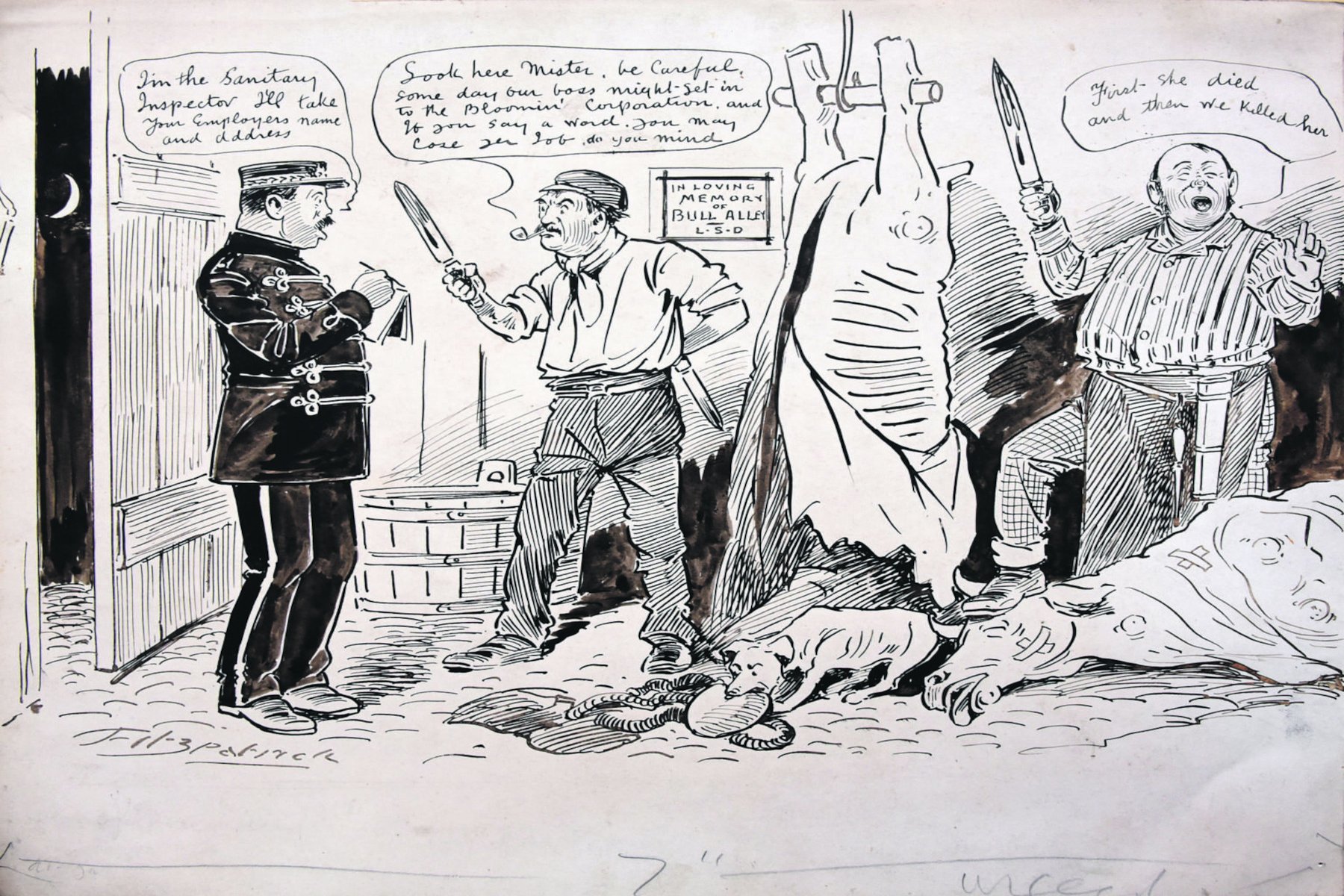 With public health taking centre stage at present, the RCPI has delved into their archives for some images of historical campaigns. This collection of original cartoons date from 1908-1910 and relate to public health concerns in Dublin and/or Sir Charles Cameron.

Sir Charles Cameron (1830-1921) is best remembered for his contributions to hygiene and public health; Cameron was the first public analyst for Dublin (1862-1921). He used the powers granted under the Adulteration of Foods Act (1860) to close unhygienic slaughterhouses and condemn diseases/unsound food.

He was also appointed Dublin’s Medical Officer of Health (1874), medical superintendent officer of health (1879), and chief sanitary officer (1881). He was responsible for numerous reforms in public health administration, especially in the provision of public housing.

He understood the importance of adequate sanitation and undertook measures to improve the water supply and drainage, introduced widespread sanitary inspections, provided free disinfectant, and trained female sanitary officers to educate the poor in domestic hygiene. During this time the death rate from infectious diseases in the capital declined from nine per 1,000 in 1879 to 1.3 per 1,000 in 1919.

This series of cartoons were produced by Thomas Fitzpatrick (1860-1912), for his own satirical magazine, The Leprechaun. According to Walter Strickland in his Dictionary of Irish Artists, Fitzpatrick “showed much fertility of invention and happy humour and had a keen eye for social abuses and hypocrisy in public life, which he never hesitated to expose with keen satire; but though he dealt unsparingly with public men, there was humour and kindly spirit underlying his work, which never left a sting behind it”.