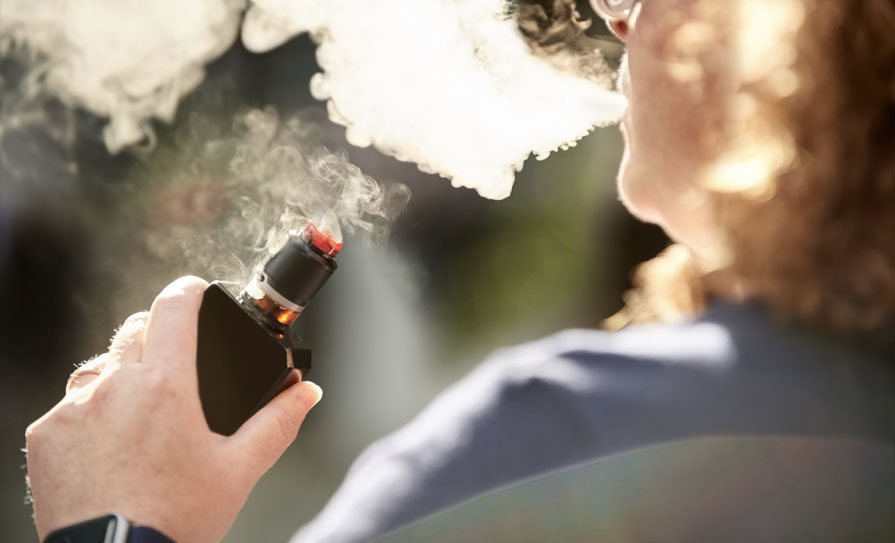 We now know that e-cigarettes are a gateway to tobacco smoking and due to their growing popularity among young people, risk harming the health of a new generation. It has taken some time to evaluate and build clinical evidence around e-cigarettes – relatively new products, largely owned and marketed by the tobacco industry. But, we now can say that children and young adults in particular need to be protected from these products.

Based on current evidence, the packaging, advertising and marketing of e-cigarettes should be restricted in the same way that tobacco products are and only tobacco-flavoured products should be available in Ireland – something which has been successfully implemented in Finland, Hungary, and Estonia, with no documented rise in overall smoking rates. This would allow ex-smokers continued access to tobacco-flavoured e-cigarettes and curb their use in adolescents and young adults.

Much has been made of their potential benefits as a tool to help people to stop smoking, but the evidence increasingly does not support this claim.

Current evidence does not support the use of e-cigarettes as a stop-smoking tool. There remain significant concerns regarding their long-term safety and they have now been proven to be a gateway to tobacco smoking for adolescents. Healthcare professionals should promote safe and effective stop-smoking methods, such as varenicline and nicotine replacement therapy (NRT), above unproven methods, such as e-cigarettes.

These gateway products now pose a significant risk that Ireland will fail to achieve its targets under Tobacco Free Ireland, launched in 2013 to reduce the prevalence of tobacco smoking to 5 per cent by 2025. Almost 10 years later, according to the most recent Healthy Ireland survey (2021), 18 per cent of the Irish adult population still smokes. Despite tobacco smoking rates gradually declining over time, this figure has increased by 1 per cent since 2020. So, not only are we currently far off the target of 5 per cent, our progress with helping people to quit smoking has stalled. We need to adopt a more ambitious approach to tobacco control in Ireland.

While e-cigarettes have emerged as a tool to support smokers to quit and reduce the risks of harmful tobacco use, little is known about their long-term health effects and recent studies have found significant evidence of people using e-cigarettes together with tobacco.

Several reviews have been published comparing e-cigarettes with other tobacco cessation therapies. The reviews found very low evidence supporting the use of e-cigarettes as a quitting tool (‘Efficacy of electronic cigarettes for smoking cessation: A systematic review and meta-analysis’, American Journal of Health Promotion, 2020) and identified an increased risk of relapse to tobacco smoking among e-cigarette users (‘Risk of smoking relapse with the use of electronic cigarettes: A systematic review with meta-analysis of longitudinal studies’, Tobacco Prevention & Cessation, 2021).

A Health Research Board (HRB) review and analysis, published in 2020, concluded that e-cigarettes were no more effective than approved and regulated NRTs (‘Electronic cigarettes and smoking cessation: An evidence review’).

In contrast to the HRB report, a Cochrane review published in 2021 found that there is moderate certainty evidence that e-cigarettes increase quit rates compared with NRT (‘Electronic cigarettes for smoking cessation’).

The different conclusions reached by the HRB, and the Cochrane review, are due to several factors. Firstly, the HRB used a more robust form of meta-analysis and included a greater number of studies thus presenting a fuller picture of the evidence for clinicians. Also, the HRB were independent of the primary studies in the systematic review. This was not the case in the Cochrane review.

In January, Ireland’s first national stop smoking guideline was published with no recommendation in relation to e-cigarettes as a stop-smoking tool due to insufficient evidence and substantial uncertainties with these products. At present, there is not enough evidence to support the use of e-cigarettes as a smoking cessation tool.

What about the harm reduction argument? Is it better for smokers who have attempted and failed numerous quit attempts to switch to e-cigarettes? Research studies examining the harms and benefits of e-cigarettes have identified negative cardiovascular and respiratory effects.

The European Commission scientific committee on health, environmental and emerging risks (SCHEER) report, in 2021, concluded that the risk of long-term systematic effects on the cardiovascular system is moderate.

Although there is little evidence of the risk of increasing the risk of cancer with e-cigarettes, there is mounting evidence that they have negative health effects on the respiratory system (‘E-cigarettes and respiratory health: The latest evidence’, The Journal of Physiology, 2020).

For example, some found that adolescent e-cigarette users were at a higher risk of having asthma compared with non-users (‘Association between e-cigarettes and asthma in adolescents: A systematic review and meta-analysis’, American Journal of Preventative Medicine, 2022).

Some studies have reported a decrease in disease burden in adults with asthma or chronic obstructive pulmonary disease (‘Overview of electronic nicotine delivery systems: A systematic review’, American Journal of Preventative Medicine, 2017), which does indicate that e-cigarettes are less harmful than tobacco products in severe cases. Pro-vaping lobbyists often cite the statistic that e-cigarettes are 95 per cent safer than tobacco products. However, the statement was derived from the opinions of 12 physicians (some of who had links to the e-cigarette industry) back in 2014 when we knew little about the harmful effects of e-cigarettes. Public Health England went on to mistakenly endorse this factoid in 2015 and it has now become the calling card for many pro-vaping campaigners.

While it is important to acknowledge that e-cigarettes are less harmful than tobacco products, they are not harmless and the public needs to be aware of this fact. E-cigarettes contain varying combinations and concentrations of compounds and flavours, which are being vaporised at different temperatures via different devices with unknown long-term effects.

A number of international bodies, including the World Health Organisation (WHO) and international respiratory societies, have all concluded that e-cigarettes should not be recommended as a safe and effective smoking cessation tool. As healthcare professionals, we should be recommending tried and trusted therapies to our patients as a first-line quitting tool, until we learn more about the long-term effects of e-cigarettes.

Recently, the Oireachtas health committee published its report on the Public Health (Tobacco and Inhaled Nicotine Products) Bill. In addition to recommending a ban on the sale of e-cigarettes to children under 18 years of age, the committee recommended a ban on the sale of all flavours except tobacco flavours, the introduction of plain packaging and the prohibition of all forms of advertising for e-cigarettes. These measures are undoubtedly geared towards addressing the problem of e-cigarettes and adolescent use.

The findings from the European Schools Project on Alcohol and other Drugs (ESPAD), reported a 50 per cent rise in e-cigarette use in adolescents aged 16-17 years, since the previous study in 2015. Nearly four-in-10 (39 per cent) adolescents have tried them and one-in-five (18 per cent) were found to be current users. The recently published ASH UK survey on vaping in adolescents found that the percentage of 11- to 17-year-olds surveyed who ever tried an e-cigarette rose from 11.2 per cent in 2021 to 15.7 per cent in 2022. Worryingly, this rise in e-cigarette use coincided with a significant rise in the use of disposable vape products among adolescents. The report found a seven-fold increase in the use of disposable vapes in this age group between 2020 and 2022. Almost half of the adolescents surveyed who reported seeing e-cigarettes being promoted saw them on TikTok. This is a targeted marketing strategy to initiate adolescents and young adults to e-cigarette products. The tactics are straight out of the ‘Big Tobacco’ playbook and it is no surprise to learn that most of the major tobacco manufacturers have invested heavily in e-cigarette companies over recent years.

New Zealand is about to bring into law the most ambitious tobacco control legislation to date and Ireland should follow suit. The three-pronged “tobacco endgame” strategy involves banning the sale of tobacco products to anyone born after 2009, decreasing the nicotine content in tobacco products and reducing the number of retail premises that can sell tobacco products. Recent modelling data from New Zealand demonstrates that once the legislation passes in law later this year as planned, tobacco prevalence will fall below 5 per cent by 2025. There is substantial evidence that increasing the legal age on the sale of tobacco to 21 alone will result in decreased smoking rates in adolescents and young adults and the RCPI policy group on tobacco will continue to advocate for this important policy change.