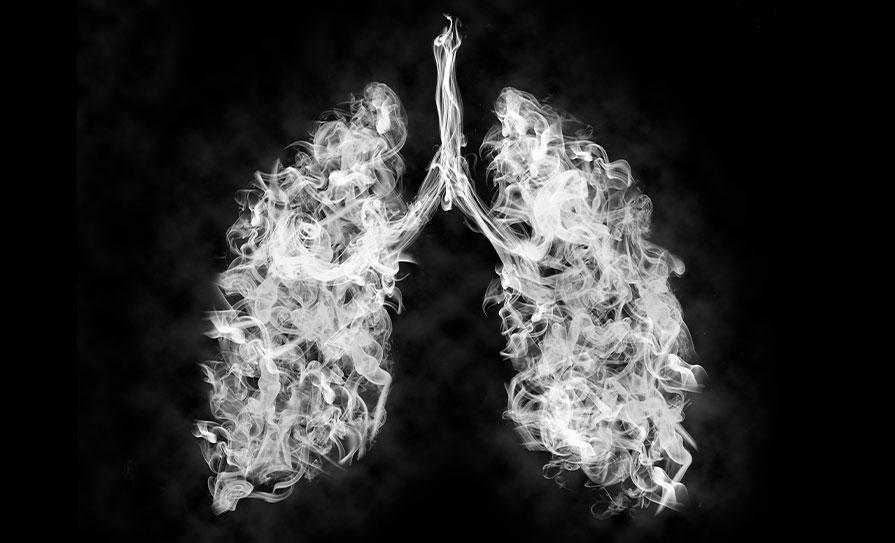 Some people reject the idea that living can entail choosing your poisons.

From the darkness a click, then a flame, and finally a nimbus of light illuminating Sean Connery’s craggy features. I can’t remember the film — perhaps Dr No? But in the 1960s, when I was in short trousers, I knew that leaning against a doorframe and blowing flavoursome cigarette smoke into a Caribbean night was central to the pursuit of criminals seeking world domination.

Decades later, having read David Leigh’s contribution to The James Bond Dossier (‘James Bond: Smoking and Cigarettes’, thejamesbonddossier.com), it’s clear that instead of scaling an Alp with a fun-sized rocket launcher slung over his shoulder, Bond would have been shuffling into an emphysema clinic. Thus, “in the first chapter of Casino Royale, he lights his seventieth cigarette of the day… and a report by the secret service Medical Officer in Thunderball comments on his smoking sixty a day and notes that his Morland cigarettes were of a much higher nicotine content than cheaper brands.”

But in thrall to the romance of smoking, fraught negotiations with my non-smoking parents won permission to buy with my pocket money 10 ‘sweetie cigarettes’ a week. Much later, Klein et al asked this question in Pediatrics (1992, 89: 27–31): ‘Candy Cigarettes: Do They Encourage Young People to Smoke?’ found that they did, and concluded: “Elimination of these products should be part of efforts to prevent initiation of smoking by children.”

Now in long trousers — and sweetie cigarettes having wreaked havoc on my teeth, if not my lungs — I sought the promised sophistication of brands like Peter Stuyvesant. Yes, a soothing Stuyvesant at Geneva Airport’s VIP lounge was one thing; but when it scorched one’s throat while relaxing in a vandalised cricket pavilion overlooking Belfast’s Ardoyne, it was quite another. Smoking was unpleasant, and I quit, aged about 15, with my lifetime cigarette consumption totalling around 30. Today, I enjoy smoke-free public spaces, and the health benefits of not smoking need not be rehearsed here.

Nevertheless, I was given pause for thought after reading a paper by Kearns and Fox (published online, 11 July 2022) in the journal Occupational Therapy in Mental Health, which considers ‘The Impact of Smoking Regulations on the Daily Routine of Patients Within an Irish Mental Health Setting’. Noting that in 2012, Ireland adopted as official policy the idea of a ‘tobacco-free campus’, and that an Irish inpatient mental health service (MHS) introduced a ‘smoke-free campus’ policy in 2018, the authors interviewed patients within this setting in 2019 to explore “the experiences of the smoking regulations and the potential impact on the daily routines of inpatients within a MHS.” They cite evidence that smoking within MHSs enables shared experiences with others; promotes meaningful time use; is imbued with personal meaning; may meet the needs of sensory-seeking behaviour; “and was considered a coping mechanism by the participants in this study”.

Similarly, in the Journal of Organizational Ethnography (2018, 7: 263–284) Jonrad writes persuasively about ‘Resisting the Ban’, highlighting the dilemmas in psychiatric inpatient settings, such as “the types of ethical and pragmatic issues that nurses working under a zero-tolerance smoking ban policy regime face. It also draws attention to ethical concerns that relate to the liberties of involuntary patients.”

And in a Singaporean study, when Tan investigated ‘Smoking Spaces as Enabling Spaces of Wellbeing’ in the journal Health & Place (2013, 24: 173–182), while he did not wish “to systematically downplay the damaging health effects that smoking can engender, a focus on enabling smoking spaces emphasises the role of smokers as creative agents capable of (re)fashioning their own holistic and subjective versions of wellbeing”.

The author Dame Beryl Bainbridge (1932–2010) maintained that smoking was vital to her creativity, and AN Wilson, in his obituary of Bainbridge published in The Observer (4 July 2010), recalls a charity worker coming into a pub with a collecting tin for cancer research. “‘I’m sorry we’ve no small change, pet,’ she said. ‘But if it helps…’ she waved the ignited cigarette melodramatically in the air, ‘I have got cancer.’” Similarly, writer, drinker, and smoker Christopher Hitchens (1949–2011) maintained in The Guardian (14 May 2007) that smoking helped him to concentrate, recalling those “ …moments of reverie, wreathed in smoke and alone with a book, and moments of conversation, perfumed with ashtrays and cocktails and decent company, which I would not have exchanged for a year of ordinary existence.”

Today, there are those healthists who would happily deprive a mental health inpatient or a future Bainbridge and Hitchens of the opportunity to choose to knowingly risk damaging their health. Such moralising individuals long for a literary culture where the life of the mind is sustained with mineral water and wholemeal bread; they would support states like Florida to refuse a condemned man a last cigarette because the execution block is a no-smoking area; and they reject the idea that living can entail choosing your poisons.

I can’t help smiling as I imagine James Bond blowing smoke in their faces… that’s if he doesn’t succumb to a paroxysm of coughing first.