Reeling in the medico-legal year 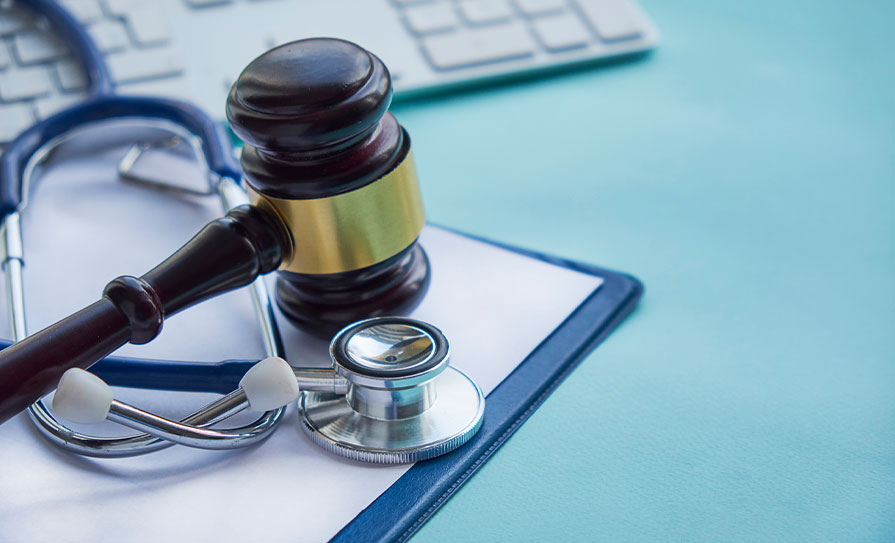 This first case1 will be of interest to any clinician involved in a hospital enquiry following an adverse incident, for the purpose of identifying learnings and ultimately improving patient care.

The question arose whether statements, given in confidence by hospital staff during an enquiry, could be obtained through the discovery process by the patient affected by the incident who was suing the hospital.

The tragic background facts concerned the death of a baby girl shortly after her birth in the Rotunda Hospital. Her parents alleged negligence in the management of the birth. They received the report from the risk management enquiry, but not the underlying witness statements from hospital staff.

The test for disclosure of documents through the discovery process is whether the documents are relevant and necessary. The court accepted that there was little doubt as to the relevance of the documents, which concerned the labour and delivery, the subject matter of the legal proceedings.

The court then considered whether it was necessary that the statements should be disclosed, or if any other exemptions applied.

Legal professional privilege did not apply to exempt production of the statements because they were not made to lawyers; they were made during the hospital’s investigation to hospital staff. However, the court found it helpful to consider the rationale for legal professional privilege. The basis for privilege is that the common good in a clinician being able to be completely candid with their lawyer in order to get the most appropriate advice takes precedence over the court’s truth-finding role.

Here, the question was whether the interest of the common good in improving patient outcomes outweighed the court’s truth-finding function.

“There is clearly a tension between the public interest of improving patient care in the future on the one hand and the public interest in the administration of justice and the personal interests of the parents pursuing a damages claim on the other hand. It is this court’s view that the balance is struck in favour of taking every step possible to ensure that there is no obstacle or disincentive to there being full and frank disclosure to a risk management enquiry in a hospital (erring, if necessary, on the side of overly-critical observations) for the greater good of improvements in patient care for the benefit of the public at large who attend hospitals. To grant the disclosure of the statements of staff to a risk management enquiry in a hospital would be a dilution of the confidentiality, which in this court’s view is essential to the proper discharge of a risk management enquiry into an incident, such as occurred in this case. Accordingly, this discovery of the statements made to the enquiry is refused.”

In summary, the common good in a clinician being able to be completely candid in the context of a risk management enquiry took precedence over the litigants’ interest in accessing the statements.

Judge Garrett Simons has confirmed that the High Court has a supervisory role under the CervicalCheck Tribunal Act 2019 and has an implicit jurisdiction to rule upon a proposed settlement of a fatal injuries claim where there are vulnerable, dissenting or absent family members involved.

Normally, a claim for damages arising out of the wrongful death of a family member is pursued by litigation under Part IV of the Civil Liability Act 1961. However, a dedicated statutory CervicalCheck Tribunal (the ‘Tribunal’) is available to any claimant seeking damages for negligence, breach of duty or breach of contract by CervicalCheck. The Tribunal’s jurisdiction is not mandatory, it is consensual between the parties.

In this matter,2 the fatal injuries claim was pursued through the Tribunal, and not through litigation. Successful mediation led to a settlement agreement. The question was whether the High Court had jurisdiction to approve the proposed settlement on behalf of the minor statutory dependants in the absence of legal proceedings in the courts.

Court approval is required in respect of settlements where:

1. Any of the statutory dependants are minors because they lack legal capacity and cannot enter into binding agreements; and

2. One or more of the adult statutory dependants objects to the proposed settlement.

Judge Simons noted that the Tribunal is set up to hear claims in the same way as the High Court. He said it followed, by analogy, that the aspects of Part IV of the Civil Liability Act 1961 related to fatal injuries proceedings should apply to the Tribunal too.

He considered it apparent from the legislation that the Oireachtas did not intend the Tribunal to carry out the administration of justice, even in a limited capacity. He noted there is no express provision made under the Act for the Tribunal to approve a proposed settlement of a claim.

In conclusion, Judge Simons held that the proper procedure is for an application for approval of a proposed settlement to be made directly to the High Court.

Clarification in relation to Tusla notifications of allegations of historical abuse, including where notification may cause harm to the victim

This judgment3 arose out a perceived discrepancy between a 2019 HSE policy and the Children First Act 2015. The particular HSE policy stated that counselling service users should be advised that any issue of child protection would be notified to Tusla where there were reasonable grounds for concern that abuse had occurred. The HSE’s National Counselling Service considered that this could cause harm to clients and sought clarification from the court. It also argued that the Children First Act did not mandate reporting of information from adults regarding historical childhood abuse.

Judge Siobhán Phelan accepted that the legislation could be interpreted broadly or narrowly. Either all reports of historical abuse had to be notified to Tusla regardless of the victim’s age at the time of reporting, or reports were only mandated when the victim was currently a child. The judge rejected the latter possibility because it would leave a gap in the State’s reporting mechanisms that could not have been intended. It would also be inconsistent with Tusla’s statutory duty to investigate allegations of historic abuse.

In addition, Judge Phelan held that the reporting obligation applies even if the counsellor believes this might cause harm to the service user. The judge noted that it would be a matter for the Oireachtas to draw any distinctions between the role of counsellors and other mandated persons, but that the Oireachtas had not so done.

The takeaway point here is that all reports of historic abuse need to be reported to Tusla by mandated persons, regardless of whether the victim is now an adult and arguably, because the broad interpretation was adopted, regardless also of whether there is any ongoing harm or future risk. The risk of harm to the victim does not negate the reporting obligation.

Stretching the statute of limitations?

Finally, the High Court recently allowed the renewal of a personal injuries summons despite notable delay4 and highlighted the onus on defendants to move quickly to set aside renewals.

The plaintiff alleged medical negligence on 5 February 2015 and a personal injuries summons was issued on 12 January 2017, just before the statutory limitation period expired. The summons was not served within one year, as required, so it lapsed on 13 January 2018 and could not be served without a court application to renew it.

Subsequently, the test which applied to applications for renewal of a summons under the Rules of the Superior Courts was changed. With effect from 11 January 2019, the test changed from a requirement on the plaintiff to show “good reason” to a requirement to show “special circumstances”, which is a higher threshold. Each case turns on its own facts and once special circumstances are established, the balance of justice must be considered.

The higher standard of “special circumstances” did not apply to any delays which arose prior to January 2019, which were therefore not fatal to the renewal application. The court was satisfied that there were special circumstances which, unusually, related to confusion as to which solicitor was on record for the plaintiff and the fact that the first solicitor involved did not hold a practising certificate.

In considering where the balance of justice lay, the court determined that the delays did not prejudice the surgeon or hospital because the case would turn on the medical records, rather than on any individual doctor’s recollection. By contrast, there was likely to be significant prejudice to the plaintiff whose claim was likely statute-barred if the renewal was refused. The court also had regard to and was critical of the delay by the hospital in moving to set aside renewal of the summons.