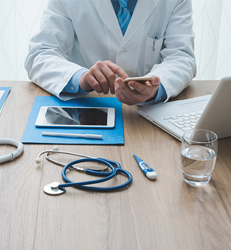 Mary Harney remarkably did not use a computer during her time as Minister for Health. Yet her tenure marked the period when voices calling for IT to transform healthcare delivery became louder.

At the end of 2009, the then Minister received a report by the Healthcare ICT Industry Group titled ICT’s Role in Healthcare Transformation. The report asked that the Government prioritise and resource a modern IT-enabled healthcare system, with leadership coming from the Minister for Health. It also called for the HSE to triple its expenditure on healthcare IT over the next three years, from 0.75 per cent to 2.25 per cent.

It also recommended that a unique health identifier and a national electronic health record (EHR) system spanning primary and acute care be implemented within three years.

“These systems offer major benefits in terms of patient safety, healthcare quality, chronic disease management and financial effectiveness,” according to the report.

“They are the essential building blocks for future healthcare ICT systems.”

Progress on these issues has been painfully slow. It was not until the publication of the e-health strategy in 2013, and Mr Richard Corbridge’s appointment as the health service’s first Chief Information Officer in 2014, that some momentum began to be achieved. In his time in the role, Mr Corbridge oversaw many projects that advanced the HSE’s digital capability.

May 2017 saw the commencement orders for the individual health identifier (IHI) signed by the Minister for Health Simon Harris. This was to allow for the operational use of the IHI throughout the Irish healthcare system in line with the terms of the Health Identifiers Act 2014. However, the use of IHIs is still not widespread.

A business case for an EHR was submitted in 2016. This document outlined the need for investment of up to €875 million over a 10-year period to deliver such a system across the Irish health service.

Approval for a national EHR has still not been received, despite progress being made in the area. Last year, Cork University Maternity Hospital (CUMH) became the first site to launch MN-CMS [Maternal and Newborn Clinical Management system] in a national project that will introduce an electronic health record across all 19 maternity hospitals in Ireland.

There is still no word about when the national EHR will be implemented. The Department has advised the HSE to revise the business case due to concerns about the costs involved. In an interview in this issue of the Medical Independent, Mr Corbridge said the 2016 submission is now out of date, given how rapidly technology changes occur within the field.

He also expressed scepticism about the creation of a new position, HSE Director of Digital Transformation and Open Innovation, in addition to the CIO, which is filled currently on an interim basis, thereby effectively splitting his old role in two.

At the beginning of a new decade, it is important that the Department of Health and the HSE ensure the health service has an IT infrastructure befitting the modern world we live in.