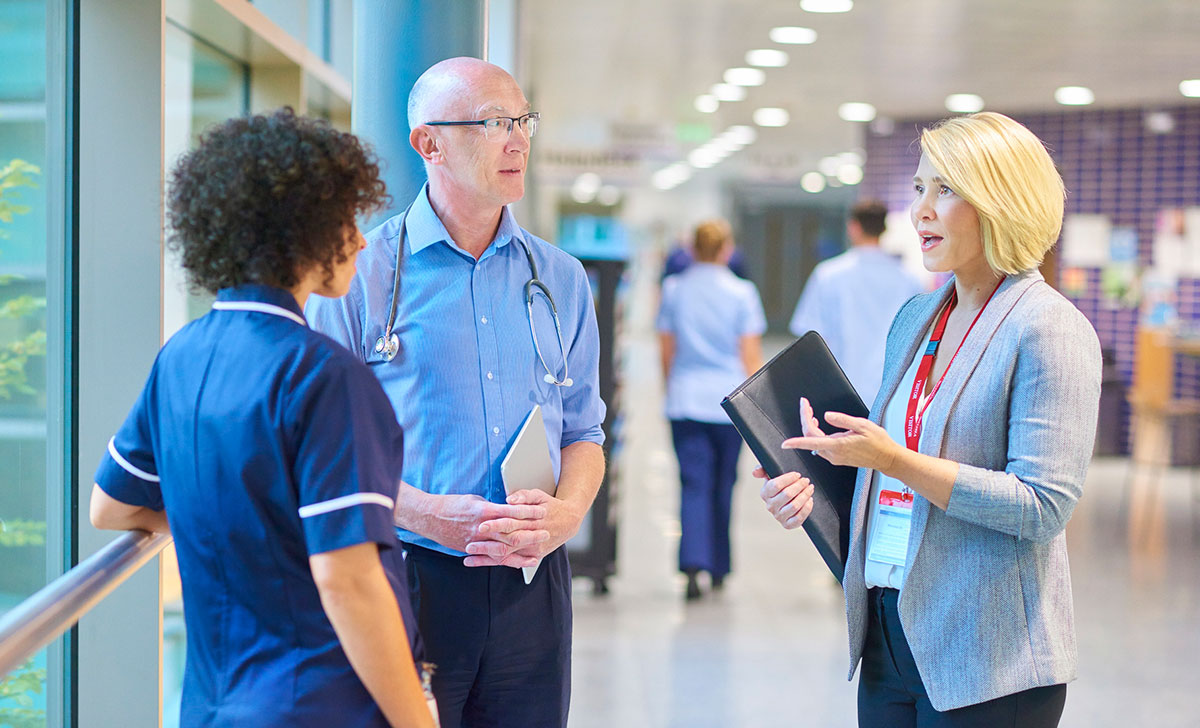 Recent media coverage has shone a spotlight on the health service’s recruitment targets. On 13 February, the Sunday Business Post reported that Department of Health officials said the HSE’s stated target of 10,000 additional whole-time equivalent (WTE) staff in 2022 was unlikely to be achieved.

The matter was discussed at the joint Oireachtas health committee meeting on 16 February. Secretary General at the Department Mr Robert Watt explained that a minimum target of 5,500 WTEs was set, but that a “stretch target” of 10,000 was also in place. However, Mr Watt admitted the latter “will be very difficult to meet”.

The HSE National Service Plan 2022 “is based on the 10,000 figure and for the moment that money is allocated to that subhead”, Mr Watt stated, in relation to funding for the posts.

If the 10,000 figure is not reached, he added the Minister for Health can give a direction to the HSE about reallocating that funding to another area.

The service plan, which was published on 1 March, also states that HSE’s resourcing strategy sets out a lower target of 5,500 WTEs and a maximum target of at least 10,000 WTEs.

“The [service plan] works to the maximum target as the HSE is fully committed to deliver to the greatest extent the maximum of the range, acknowledging the significant and unpredictable challenges to workforce supply in 2022,” according to the document.

The document states that there is a “limit to the level of new staff” that can be successfully recruited in 2022.

“For example, it will remain a challenge to fully recruit all new service development funded posts in 2022,” according to the document.

“There will remain a challenge to recruit certain categories of staff, eg, consultant posts, health and social care professionals, health/ homecare assistants, etc, due to labour market shortages. Recruitment of consultants for hospital and mental health services is at least a 12-month process and will be pursued on an ongoing basis.”

Recruitment difficulties will impact on 2022 strategic developments in areas such as mental health services, some acute specialist services and disability services, according to the plan.

Regarding consultants, it says a report will be compiled to address consultant recruitment and retention challenges in model 3 hospitals through a structured review with recommended actions for implementation.

It will also publish a review of the consultant workforce in Ireland and an “in-depth medical workforce plan” for the specialties of anaesthesiology and ear, nose and throat, and “projections to meet the unmet demand for pathology”.

There are few references in the plan to the proposed consultant contract, although its implementation (in consultation with representative bodies) is included in the annual statement of priorities as directed by the Minister for Health. The document outlines how the HSE supports the “agreement and roll-out of industrial relations frameworks within which sectoral bargaining options can be debated and agreed, including the public consultant contract”.

The service plan will do little to appease doctor representative bodies, who argue that the chief reason behind numbers of consultant vacancies has been the pay cuts imposed on those appointed after October 2012. Progress on the stalled contract negotiations is crucial to address this issue, which has lingered for almost a decade.