An outbreak in the information age 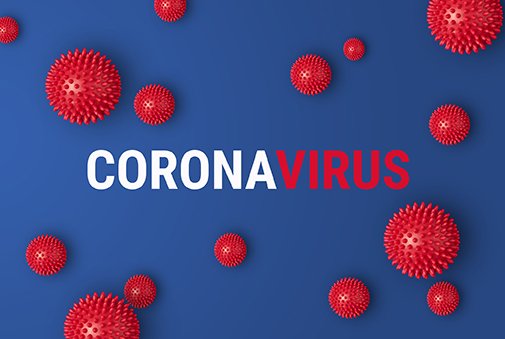 Perhaps the only thing to match the spread of the new coronavirus, or Covid-19, are news articles and social media posts about the spread of the virus. This editorial can be added to the latter’s growing number. The scale of the outbreak has the potential not only to put significant strain on the healthcare services of individual nations, but on the entire worldwide economy. Given this impact, it is unsurprising that coronavirus has come to dominate the news agenda.

There is no vaccine for the virus, nor is one likely to appear for at least a year. In the absence of a vaccine, or treatment, prevention is the focus in curbing the spread of Covid-19. And for adequate prevention measures to take place, information is key, be it at an official level or through the media. The Department of Health has already found out what a fraught affair the release of information can be. The decision, firstly not to specify exactly where on the east coast the two people who had the virus were diagnosed, and then not to name the school forced to close for 14 days as a result of the first case, was not universally accepted as the best course of action. Many people, particularly on social media, criticised the decision, saying they had the right to know whether they or their family were in danger of contracting the virus. Many doctors argued that the Department’s decision was correct in the interests of patient confidentiality. Their argument is that patient confidentiality must be assiduously protected if other people are to come forward should they suspect they have been infected with the virus. Others counter that the name of a county could at least be offered, which would not compromise the names of the individuals concerned. With social media, protecting confidentiality is more difficult than in the past, while the spread of fake information is made easier.

The health service did not do itself any favours by initially stating that a HSE letter, requesting that a musical band in contact with the first diagnosed case self-isolate, was a hoax. It later transpired the letter was genuine. To garner trust, it is vital that the voice of experts, namely public health doctors, is heard. It is good to see that messages on hand-hygiene have been reiterated again and again across multiple platforms. A study published in Health Security in June 2018, ‘Coverage of Epidemics in American Newspapers Through the Lens of the Crisis and Emergency Risk Communication Framework’, looked at over 5,000 news articles from American newspapers such as The New York Times and the Wall Street Journal to examine how they covered outbreaks from the last 10 years: Swine flu, Ebola and Zika. Almost half of the articles looked at the social consequences of the disease, such as their effect on the economy or politics, while only one-in-five articles included practical information about the steps individuals could take to avoid infection.

Finding a happy medium between informing the public and not inducing mass panic is a tough balancing act. What one person sees as reasonable steps by the media to cover an imminent threat to public health, another person might see as sensationalist scaremongering. The WHO has produced guidance for the media to cover suicides. Might it produce something similar for the coverage of future epidemics? This will be a steep learning curve, not just for the healthcare sector, but for society as a whole. As the WHO stated, the world is entering “uncharted territory”.