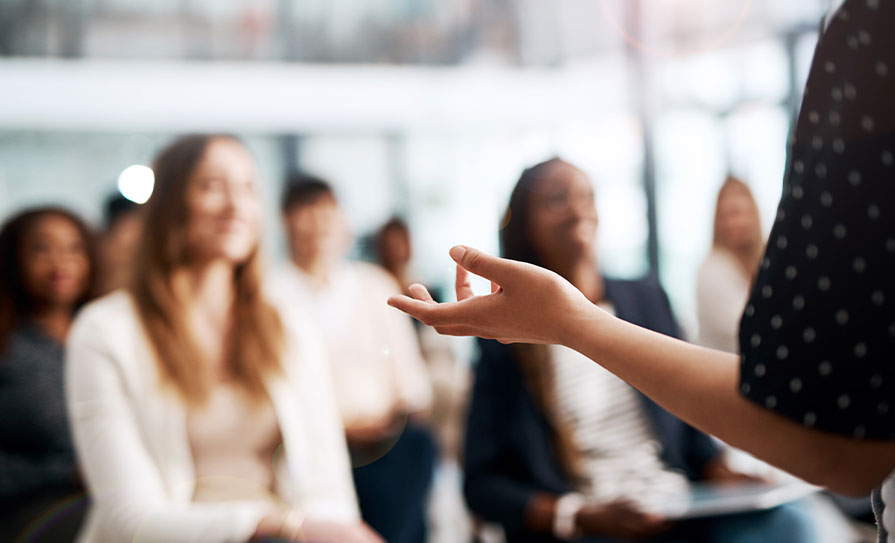 The optimism and positivity at the recent women in medicine conference was energising.

The Women in Medicine in Ireland Network (WIMIN) fourth annual conference was held in Limerick this October. WIMIN was founded in 2018 by Dr Sarah Fitzgibbon. Its aim is to support, encourage, and advocate for women in medicine in Ireland. Sarah is one of many women who are awake to the fact that despite four waves of feminism, gender inequality still exists in many professions, including medicine. Among other things, gender and pension pay gaps still exist and more women than men are employed in lower-paid jobs. But I am not going to dwell on these issues. Instead, I want to convey the sense of optimism and positivity that prevailed among conference delegates; the sense of solidarity that comes from many women acknowledging the constant tension between professional and personal lives, and to encourage anyone who feels alone in their struggle to join WIMIN, or at least put next year’s conference in your diary.

Sarah is well qualified to support and advocate for women doctors. As well as being the founder of WIMIN, she is a GP, wife, mother, feminist, writer (well known to anyone who reads this paper), public speaker, event organiser, Primary Care Clinical Advisor with CervicalCheck, and, for me, a role model on how to live a full life despite significant challenges. (Sarah also lives with Stage 4 cancer). This conference did not just talk about supporting women; it showed how to it by including childcare facilities, and making sure that delegates could attend both in-person or online. Attendees also sponsored medical students who contributed valuable insights throughout the day.

Through a mix of interview-style presentations and lectures, we heard stories from women who carved their own career paths despite gender barriers and others who are still experiencing bullying, racism, and sexual harassment at work. Dr Lisa McNamee is an example of the former. By her own admission, Lisa was no stranger to hard work when she completed Graduate Entry Medical School. But working as a doctor was different and she was not prepared for how drained she felt at the end of every day, how she missed the team spirit of her film-making days and the high levels of burnout evident all around her. Lisa went on to train in military medicine and to become co-founder of Space Medicine Ireland, an organisation for medics with an interest in aerospace medicine.

Dr Syeda Amna Azim spoke honestly and bravely about her experiences of discrimination as an international woman doctor in Ireland. Syeda is the first Pakistani woman to obtain a dual qualification for oral and maxillofacial surgery. As a previous NCHD lead for surgery and a member of IMO subgroups for women and interns, Syeda is used to speaking about injustices in the workplace, both on behalf of herself and others. She had asked herself many times if the reason she experienced discrimination was because she was a woman, a woman of colour, a woman with a headscarf, or because she raised her voice. The woman next to me nudged me and whispered, “it’s because she raised her voice.” Her justified anger made many of the audience uncomfortable. I wondered if this was because we are not used to women raising their voices and expressing anger in public places. Perhaps we are scared of being branded as that archetypal feminist wielding an axe and so we stay silent.

In Cinderella, (the Grimm and not the Disney version of the fairy tale) one of Cinderella’s sisters cut off her toe so that her foot would fit in the glass slipper. The second sister cut off her heel. Sometimes medicine feels like a glass slipper. Work practices devised by men in a time when there were very few women doctors are slow to change and women must cut off part of themselves to fit into the doctor mold. Increasing numbers of women in medicine are described as the “feminisation of medicine”, as if women were a rapidly spreading rash that will destroy everything. As if, maternity leave, breastfeeding breaks, time off for childcare, or the wish to blend work with personal life are inconveniences that disrupt the flow of the real world, making women feel that they must choose careers that are not so important that they cannot be interrupted.

Women are still facing significant challenges in the workplace. The first step towards changing this is awareness. Second is to acknowledge our anger and express it honestly and respectfully as Syeda did. Thirdly we must work with men and not against them to change things. If we keep these thoughts, grievances, and insights to ourselves nothing will change. There are enough men who would be willing to help, but who may need to be awakened to the problems and invited to join us for the benefit of all.