The common manifestations of anxiety disorders 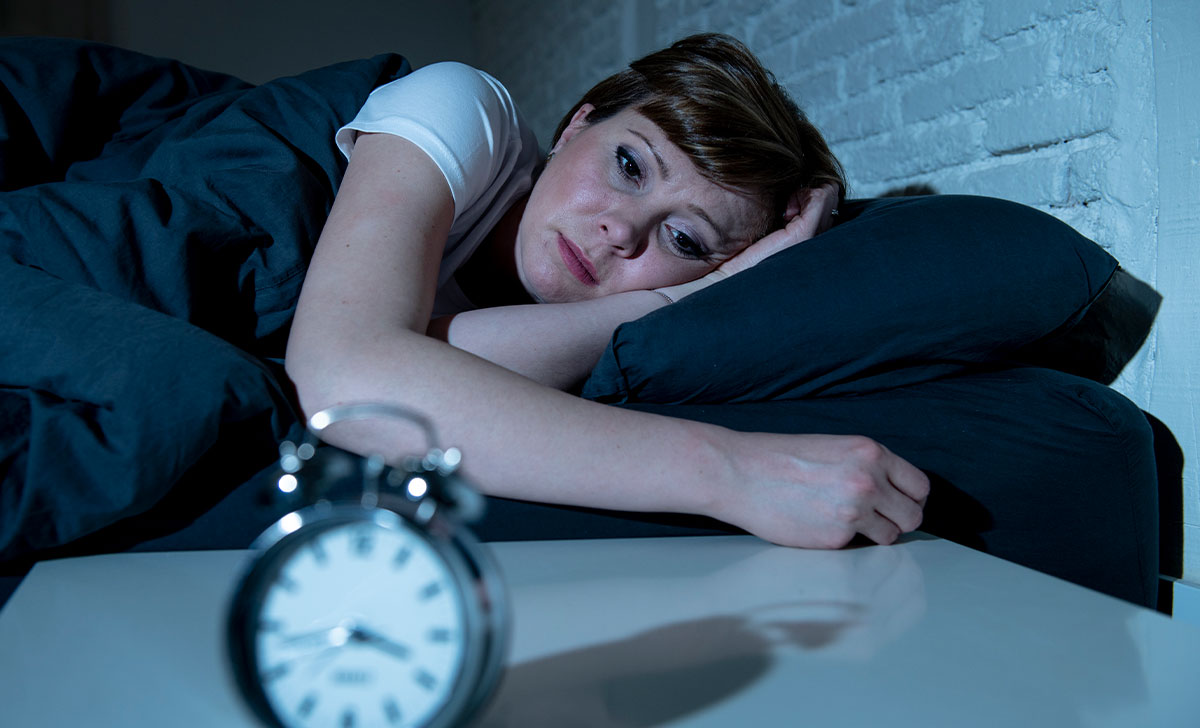 Chloe is a 19-year-old female who presents to the emergency department (ED) stating that she feels like she is having a heart attack. A first-year student at a local university, she attended a class in a crowded lecture theatre earlier today and describes having felt nervous on arrival as she couldn’t find a seat near the back of the hall. Chloe’s friend is enrolled in the same course as her, but was off sick today. Chloe reports that she suddenly started shaking, experienced her heart racing, and became short of breath before developing pains in her chest.

She describes feeling terrified, as though she was “going to die”. She recounts being escorted out of the lecture hall by a classmate and now feels embarrassed that such an incident happened in front of so many people. She is seen by the SHO in the ED and has routine blood tests, a physical examination and an ECG, all of which prove normal. Chloe is discharged from the ED, only to return three days later with a similar presentation. She is tearful and expresses uncertainty regarding her future. This time, she is referred to the liaison psychiatry service for further assessment.

The American Psychological Association defines anxiety as “an emotion characterised by feelings of tension, worried thoughts and physical changes”, such as sweating, palpitations, dizziness, and shaking. All of us experience at least some anxiety in our lives, but clinically-significant anxiety that crosses the door of a GP surgery or psychiatric clinic must be severe enough to affect our everyday functioning and cause significant distress.

Anxiety disorders are common worldwide. A systematic review published in Brain and Behaviour in 2016 – well before the Covid-19 pandemic – demonstrated the prevalence of anxiety disorders to range from 4-to-25 per cent with higher rates in females, younger adults, those with chronic diseases and Euro/Anglo subgroups. Anecdotally, we have seen patients presenting more frequently with anxiety symptoms to our hospital and outpatient clinics during the Covid-19 pandemic, with early data showing that more than one-in-four adults living in the Republic of Ireland screened positive for generalised anxiety disorder or depression during the initial lockdown of March 2020. Such figures have been replicated in the UK.

Anxiety disorders are diagnosed using the World Health Organisation’s International Classification of Diseases (ICD-10/ICD-11) or the American Psychiatric Association’s Diagnostic and Statistical Manual of Mental Disorders (DSM-5). The year 2022 will see the adoption of the ICD-11, with the now-out-of-date chapter on ‘Neurotic, stress-related and somatoform disorders’ in the ICD-10 replaced by four groupings, namely:

3. Disorders specifically associated with stress; and

This article will focus on the ICD-11 disorder grouping of ‘anxiety and fear-related disorders’.

Generalised anxiety disorder (GAD) is the first disorder in this group. It is characterised by marked anxiety symptoms that are present on most days over a period of several months. It manifests as either free floating anxiety, such as a consistent feeling of apprehension, or an excessive worry about normal everyday events. The individual can present as restless or irritable, with poor concentration, disrupted sleep, and autonomic arousal leading to, for example, palpitations, nausea and hyperventilation. Screening tools such as the Generalised Anxiety Disorder Assessment (GAD-7) can be helpful both in hospitals and primary care settings to establish the severity of anxiety symptoms over the previous two weeks.

The second disorder in this group is panic disorder, which consists of recurrent panic attacks, namely intense, rapid-onset periods of extreme worry, and physical symptoms, such as palpitations, sweating, chest pain, shortness of breath, and dizziness. An intense fear of imminent death can occur, while the individual may be preoccupied with the return of a panic attack and thus engage in avoidant behaviours to prevent further attacks.

Agoraphobia involves intense fear or anxiety when an individual is faced with a situation from which they perceive escape to be difficult. Common examples include crowded places away from home, such as a busy shop, a marketplace, or public transport. Avoidance of these situations for fear of embarrassment is a prominent feature. Agoraphobia can present with the physical symptoms of panic disorder as outlined above.

With social anxiety disorder, an individual experiences marked symptoms of anxiety and distress in one or more specific social circumstances. Some social situations are typically avoided (eg, giving a presentation to peers or eating in public) as the individual fears that they will be perceived in a negative way by others.

The final two disorders in this grouping are separation anxiety disorder and selective mutism. These disorders were originally placed in the childhood disorders chapter of the ICD-10.

When an adult develops separation anxiety, it is usually related to an ‘attachment figure’, such as a partner, spouse or child. The individual can experience marked distress when separated, with recurrent nightmares and a refusal to sleep away from the attachment figure. The symptoms must be present for at least several months before a diagnosis can be made.

Selective mutism more commonly occurs in children and typically presents with selectivity in speech in certain social situations such as school. Symptoms must be present for at least one month before a diagnosis can be considered.

For the diagnosis of an anxiety and fear-related disorder, the symptoms cannot be a direct result of drugs or medications which have effects on the central nervous system. The symptoms must be severe enough to cause significant distress, along with functional impairment in the individual’s life. Depression, alcohol misuse, and drug abuse are common comorbid conditions seen with anxiety disorders which, if left untreated, can aggravate the course and worsen the prognosis.

In GAD, the NICE guidance advises sertraline first as it is most cost-effective. If this is ineffective or not tolerated, another SSRI, or an SNRI such as venlafaxine, should be offered. Similarly, for panic disorder, social phobia and agoraphobia, SSRIs should be used as first-line options. Benzodiazepines should not be offered except on a short-term basis during periods of crisis, the exception being panic disorder where they should not be used at all. Pregabalin is listed as a later option in the Maudsley Prescribing Guidelines for treatment of GAD and social phobia; however, it should be used with caution given emerging evidence of its potential for addiction. It is best avoided if there is a history of drug misuse in the patient’s past.

If there is concern about a patient’s risk or, indeed, inadequate response to psychological and pharmacological interventions, a referral to a specialist mental health service should be considered. Here, a combination of biological and psychological approaches can be used, with access to a multidisciplinary team, a day hospital, a crisis centre and an inpatient unit. Exercise, mindfulness, relaxation, and breathing techniques are all recognised adjuncts to the psychological and pharmacological management of anxiety. Results from the Irish longitudinal study on ageing show that high volumes of physical activity are associated with lower anxiety symptoms.

Although we witnessed an increase in anxiety and depressive symptoms in the general population in the early stages of the Covid-19 pandemic, research shows that the prevalence of mental health symptoms returned to pre-pandemic levels by summer 2020. It remains to be seen whether the pandemic has had a significant, longer-term impact on the prevalence of anxiety disorders in our population.