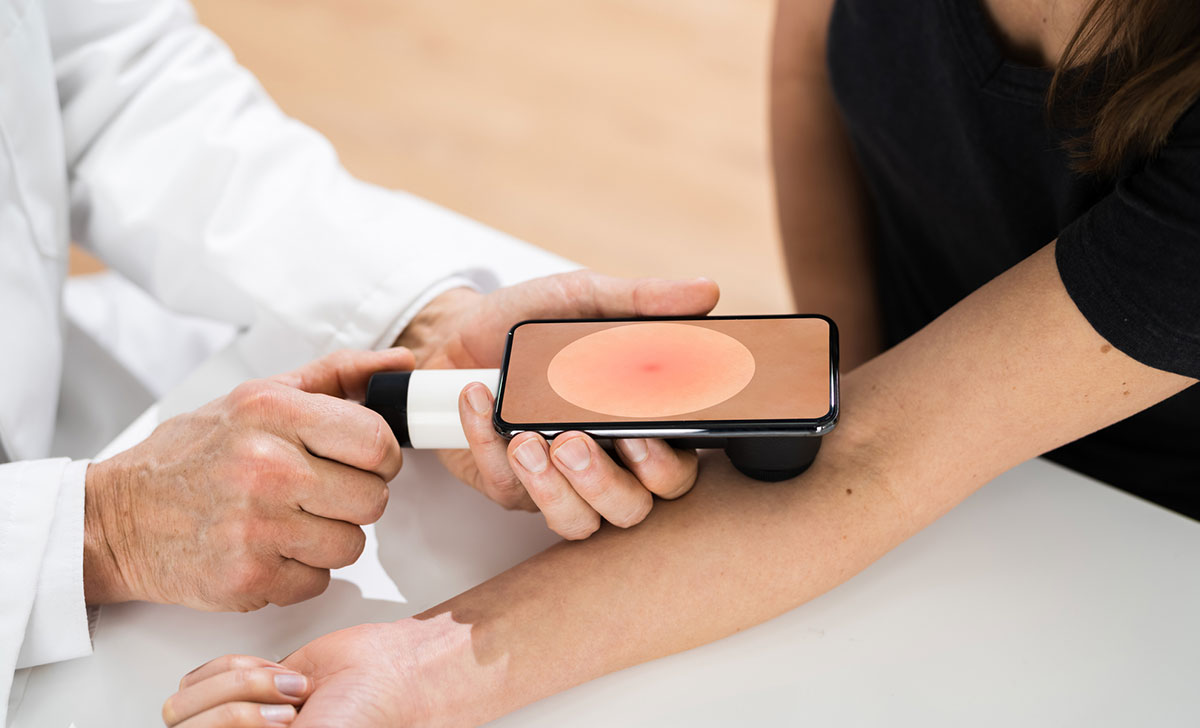 In Ireland, the incidence of melanoma has increased in both sexes since 1994, with melanoma accounting for 3 per cent of all invasive cancers. The incidence in people aged over 60 years old is approximately five times higher than those under 60 years, according to the latest skin cancer trend report by the National Cancer Registry Ireland (NCRI). Melanoma is now the fourth-most common cancer in both sexes, with more than 1,200 cases reported annually.

Melanoma accounts for 1.7 per cent of cancer deaths in Ireland (154 deaths per year). Survival for melanoma in Ireland is generally high. However, early diagnosis can significantly improve survival rates. Nine-out-of-10 (90 per cent) patients that are diagnosed with stage I and II melanoma are alive at 10 years post-diagnosis. This compares to just one-in-two (48 per cent) of those diagnosed with stage IV disease.

Non-melanoma skin cancer (NMSC) is even more common – basal cell carcinomas (BCC) account for approximately 12,000 cases annually in Ireland, or more than all other cancers combined. The other form of skin cancer, squamous cell carcinoma (SCC), accounts for approximately 1,200 cases. Once diagnosed early, most cases of NMSC are successfully treated by surgery alone. SCC can, however, be lethal, with approximately 20 per cent of patients developing metastatic disease.

Risk factors for the development of melanoma

The main risk factor for the development of melanoma is ultraviolet (UV) light and the pattern of exposure is one of intense, periodic sun exposure during childhood and adolescence. It is estimated that one blistering sunburn in childhood doubles the chances of developing melanoma in later life. This intense exposure with sunburn acting as a surrogate marker also results in intermittently exposed sites having the highest rates – trunk in men, and legs in women. Similarly, exposure to UV light through the use of sunbeds increases risk.

Certain genetic factors also increase risk of melanoma, such as having a fair skin type; 75 per cent of Irish people have Fitzpatrick skin type I/II, which burns easily in the sun. Patients can check their Fitzpatrick skin type (a numerical classification schema for human skin colour) on the Irish Cancer Society website.

Patients who also have a large number of moles – >100 naevi in an adult and >50 in a child, or atypical naevi or dysplastic naevi – have double the risk of developing a melanoma. These moles act as a marker of genetic risk; 70 per cent of melanomas arise de novo and not from an existing mole, however.

A family history of a first-degree relative also doubles the risk for melanoma and if patients have a personal history of a melanoma, 5-to-15 per cent of these will develop a second melanoma.

Risk factors for the development of NMSC

Fair skin type and UV exposure are the most important contributors to the development of NMSC, both BCC and SCC. The pattern of exposure to UV light is different, with chronic sun exposure, such as on the face and hands of outdoor workers, while the incidence of SCC doubles every eight-to-10° closer to the Equator. Use of sunbeds also increases the risk of SCC development.

Certain immunosuppressive medications also increase the risk of developing skin cancer, in particular thiopurines such as azathioprine. This risk was first recognised in organ transplant recipients, where SCC is the third leading cause of death. In recognition of this, in 2019 the HSE reimbursed the cost of SPF for organ transplant recipients who hold a medical card. It had been known since the 1990s that azathioprine acts synergistically with UV light to cause DNA damage, but in 2008 it was also shown that azathioprine makes skin photosensitive. This can induce the field change of multiple actinic keratoses, ie, on the scalp, and the risk of skin cancer here is greatest for the development of SCC.

In a large systematic review of the use of biologics in inflammatory bowel disease (IBD), rheumatoid arthritis (RA) and psoriasis, researchers found that although biologic treatment was positively associated with melanoma in patients with IBD (pRR, 1.20; 95% CI, 0.60-2.40), RA (pRR, 1.20; 95% CI, 0.83-1.74), or psoriasis (HR 1.57; 95% CI, 0.61-4.09), when compared with those who received conventional systemic therapy, the differences were not statistically significant. In another systematic review of 7,054 patients with IBD on biologics such as infliximab, adalimumab, certolizumab, and golimumab, there was no excess risk of NMSC.

In research work from St Vincent’s University Hospital, Dublin, the combination of thiopurines and biologics in 2,054 patients with IBD increased the risk of NMSC compared to that in the normal population recorded by the NCRI.

Relevant history in patients with a suspected skin cancer

From April to September, UV radiation in Ireland is sufficiently high at ground level to cause sunburn and damage to keratinocytes. Patients should be advised to cover up with clothing, a hat and sunglasses, and use at least SPF 30 (for children this should be SPF 50) applied to exposed sites, such as face, neck, and back of hands. Shade should also be sought between noon and 3pm, when the sun is at its highest point in the sky. In 2019, the Department of Health launched the Healthy Ireland National Skin Cancer Prevention Plan, and skin cancer prevention is a key goal in the Healthy Ireland strategy.

Patients should also be aware of choosing a broad-spectrum sunfactor that blocks both UVA wavelengths: 315-400nm, and UVB wavelengths: 290-315nm. The number of SPF, such as 30 or 50, refers to the UVB protection. SPF should also have a high star rating (Figure 2).

The other key to reducing morbidity from skin cancer is its early detection. Patients should be able to recognise the signs of skin cancer, including the ABCDE scale of melanoma (Figure 3).

The early signs of NMSC are those of a lump or spot that is tender to touch, an ulcer that will not heal, or a lump with a scaly horn or top.

All healthcare professionals and patients have a part to play in reducing Ireland’s rising number of skin cancers.