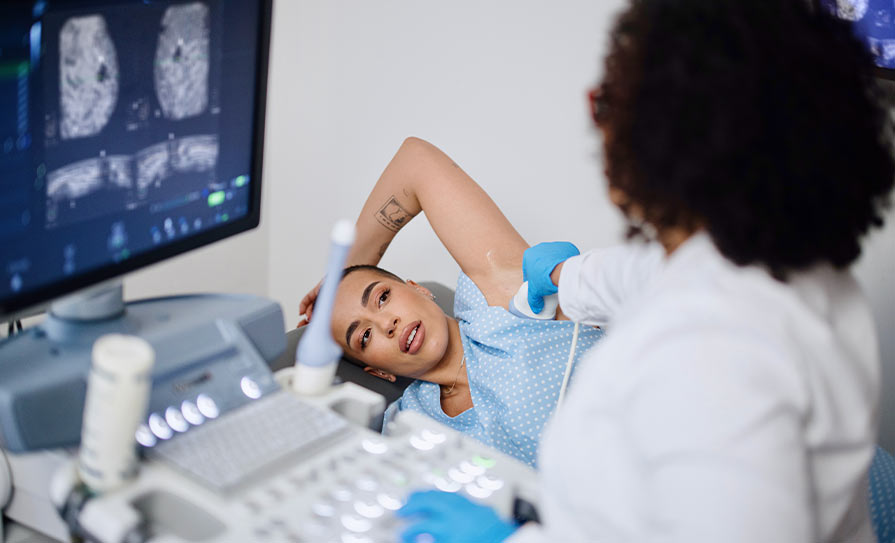 Priscilla Lynch presents a round-up of some of the most topical research presented at this year’s American Society of Clinical Oncology (ASCO) Annual Meeting, which took place in person and online in Chicago, US, 3-7 June.

The use of a novel agent, sacituzumab govitecan, an antibody-drug conjugate, resulted in longer progression-free survival (PFS) compared to chemotherapy in patients who received many prior therapies and who had hormone-receptor positive/human epidermal growth factor receptor 2-negative (HR+/HER2-) metastatic breast cancer, according to new research presented at the 2022 American Society of Clinical Oncology (ASCO) Annual Meeting.

Trial results showed that use of sacituzumab govitecan, where more than 50 per cent of patients had received three or more lines of chemotherapy, resulted in improved median PFS compared to standard chemotherapy (5.5 vs 4.0 months); PFS rates at six and 12 months were 46 per cent vs 30 per cent and 21 per cent vs 7 per cent, respectively. Sacituzumab govitecan vs standard chemotherapy showed a non-significant trend for improvement in overall survival (OS) (13.9 vs 12.3 months) in the first of three planned OS analyses, with follow-up ongoing. The overall response rate (21 per cent vs 14 per cent) and clinical benefit rate (34 per cent vs. 22 per cent) were higher with sacituzumab govitecan vs standard therapy, and median duration of response was 7.4 vs 5.6 months, respectively.

The trial population included 543 patients at 113 international locations with HR+/HER2- metastatic breast cancer who had been treated with endocrine therapy, CDK4/6 inhibitors, and two-to-four chemotherapy regimens (more than half had received three or more regimens).

“This trial shows that sacituzumab govitecan, which is already approved for the treatment of metastatic triple-negative breast cancer, may represent an important new option for patients with endocrine-resistant HR+/HER2- metastatic breast cancer. This would address a critical unmet medical need, given the limited number of effective treatment options currently available for these patients,” said Dr Jane Lowe Meisel, ASCO expert in breast cancers.

“It is very gratifying to see the benefit of sacituzumab govitecan for these patients who have had very limited treatment options,” said lead study author Prof Hope S Rugo, Professor of Medicine and Director of Breast Oncology and Clinical Trials Education at the University of California, San Francisco Comprehensive Cancer Center, US. “Longer follow-up is needed to determine the impact on overall survival, and additional prespecified analyses will help us understand the potential role of sacituzumab govitecan in a setting where there are currently no other targeted treatment options available.”

Meanwhile, a separate major phase 3 study (DESTINY-Breast04) presented at the meeting showed that the use of trastuzumab deruxtecan, a new HER2-targeting antibody-drug conjugate, doubled PFS compared to standard-of-care treatment with conventional chemotherapy. It also significantly improved OS for patients with metastatic breast cancers expressing low levels of the HER2 receptor, regardless of hormone receptor status. These practice-changing findings identify a new subset of breast cancer, called HER2-low, and redefine/expand how a large proportion of metastatic patients will be treated.