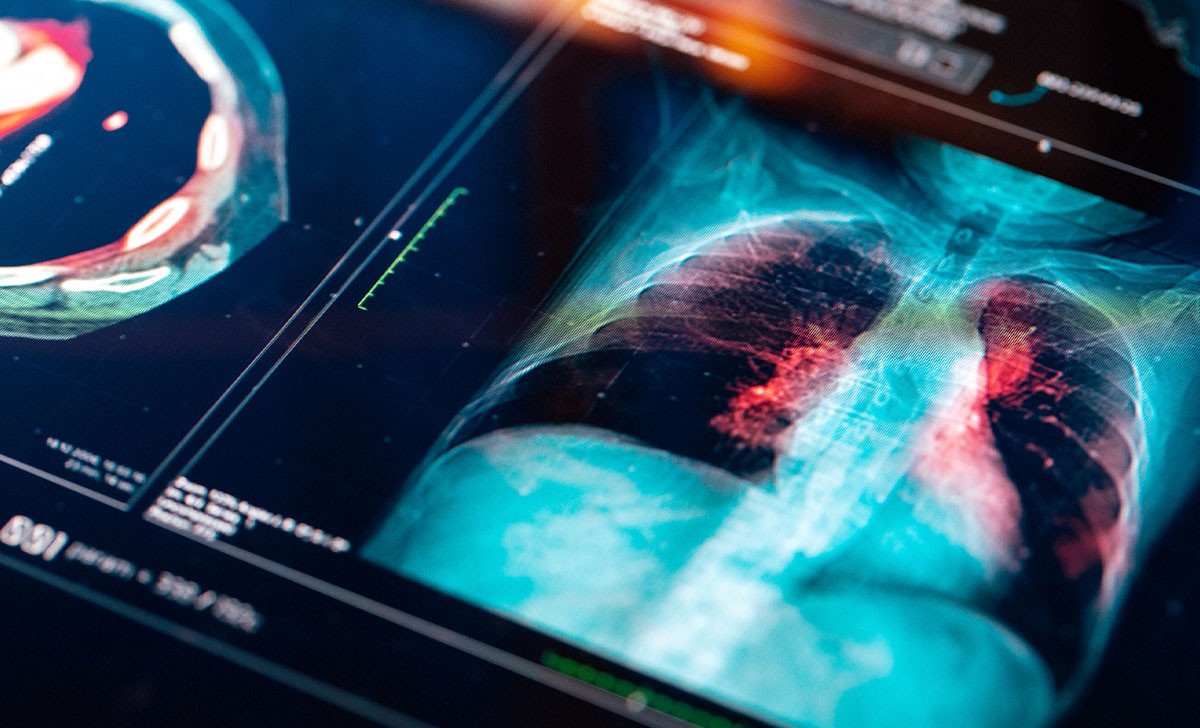 The results of this study illustrate the value of registry data for improving lung cancer care, according to ESMO

More than half of patients diagnosed with advanced non-small cell lung cancer (NSCLC) undergo biomarker testing, and this figure has increased over the last five years, reveal real-world data from a Spanish national registry study reported at the European Lung Cancer Congress (ELCC), 30 March-2 April 2022. “The overall survival of patients with lung cancer has increased by around 15 per cent over the last decade, primarily because we now have new therapies, including targeted drugs.

To use these therapies, we need to determine the molecular biomarkers on a patient’s tumour. Our study analysed the rate of this molecular testing in real-world clinical practice,” explained lead author Dr Virginia Calvo de Juan, Hospital Universitario Puerta de Hierro-Majadahonda, Madrid, Spain.

The study assessed biomarker testing in the Thoracic Tumours Registry, an observational, prospective registry in Spain that included data for 9,239 patients diagnosed with stage IV NSCLC from 2016 to date. Broken down, 7,467 (80.8 per cent) were non-squamous and 1,772 (19.2 per cent) were squamous.

Tumour marker testing was performed in 85.0 per cent of patients with non-squamous tumours vs 56.3 per cent in those with squamous tumours (p-value <0.001). The global testing of EGFR, ALK, and ROS1 was 78.9 per cent, 64.7 per cent, and 35.6 per cent respectively, in non-squamous histology. PDL1 was determined globally in the same period (46.9 per cent), although just focusing on the last three years it exceeds 85 per cent. There has been a significant increase in the last few years of all determinations and there are even close to 10 per cent of molecular determinations that do not yet have targeted drug approval, but will have it in the near future. A total of 4,115 cases had a positive result (44.5 per cent) for either EGFR, ALK, KRAS, BRAF, ROS1, or PDL1.

The registry analysis showed a significant increase in all molecular testing over the last few years. “The key message is that it is very important to have a registry to collect information on real-life cancer care. We can’t do better if we don’t have a clear idea of what we are doing in routine clinical practice,” suggested Dr Calvo de Juan. She noted that 182 hospitals across Spain participate in the Thoracic Tumours Registry.

“The Spanish Group is one of the best study groups in Europe and is very committed to providing targeted treatments to lung cancer patients,” commented Prof Rolf Stahel, President of the European Thoracic Oncology Platform (ETOP). “Analysing the registry data shows a very high rate of molecular testing over a five-year period,” he said. He considered that it would be helpful to also look at how frequently molecular testing resulted in individual patients receiving appropriate targeted treatment.

“Cancer registries are very important in improving outcomes for cancer patients for several reasons,” explained Prof Stahel. “First, they can be useful to improve the standard of patient care.” A population-based or hospital-based registry collects data on patients that can then be analysed for particular aspects of cancer diagnosis, treatment and outcomes. “You can then look at how a particular hospital or region is performing, benchmark against other populations and see where you stand and how you can improve. Second, cancer registries can provide a way of studying treatment effects in very rare cancers where there are too few patients to perform randomised trials.”

The European Society for Medical Oncology (ESMO) has collaborated with the International Agency for Research on Cancer (IARC) and institutions to build a population-based registry in lung cancer in Asian countries, including regions of Malaysia, Thailand, Indonesia, and a clinical registry in Singapore. The first question the registry analysed was the proportion of patients with a pathological diagnosis or a clinical diagnosis, before looking at molecular testing for available targeted drugs. “The results were very heterogenous between these countries,” Prof Stahel noted. “The current step consists in identifying the gaps that lead to variations in care and how healthcare providers can be supported to address these gaps.”

He concluded: “By supporting cancer registries we can help to support the dissemination of advances in cancer care across different regions to improve treatment and ensure that all patients can benefit.”