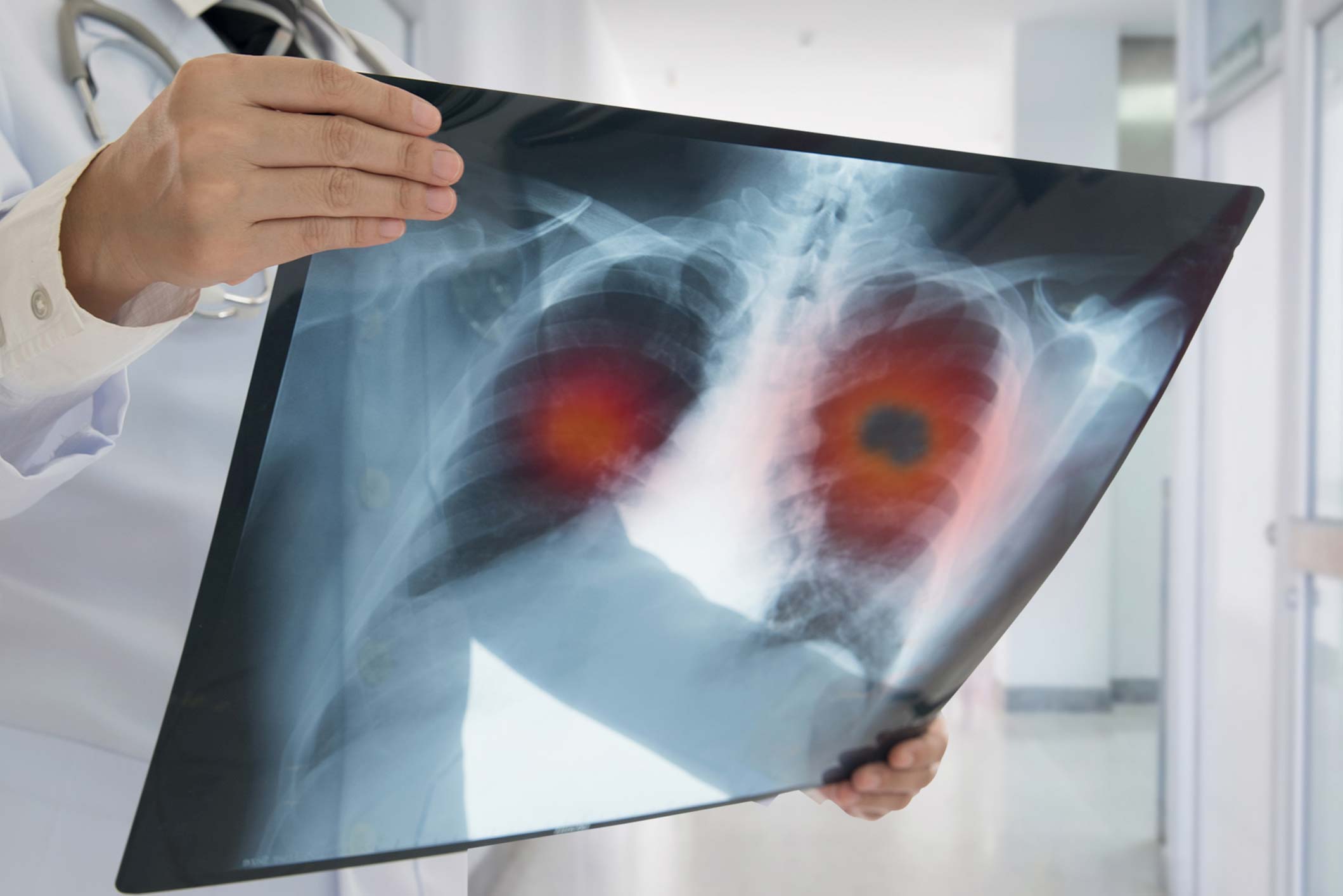 Our understanding of lung cancer and how to manage it is evolving with unprecedented speed and there is great cause for optimism.

Despite rapid advances in the field, lung cancer remains the leading cause of cancer death worldwide and is projected to remain so in developed and developing countries for decades to come. In Ireland, it is the second and third most common cancer in women and men, respectively, and the leading cause of death in both with an average of 1,880 people dying each year between 2016 and 2018. The high mortality in lung cancer is largely attributed to late diagnosis, which is associated with the disease.

Broad trends in lung cancer incidence over the past 25 years have been downward in men but, of concern, upward in women. This likely reflects changes in smoking patterns over time. While smoking is still overwhelmingly the leading preventable cause of lung cancer death, a small, but appreciable number are due to exposure to asbestos and radon gas.

Up until roughly 20 years ago, treatment for lung cancer was based solely on surgery, radiation and chemotherapy. Among the 25-to-30 per cent of patients who present with early-stage lung cancer (stage I and II), their disease may be curable with surgery. Adjuvant (post-operative) chemotherapy is sometimes given to reduce chance of recurrence.

For patients with more locally advanced disease involving lymph nodes (stage III), a combination of chemotherapy and radiation is offered with intention of cure and now followed by one year of immunotherapy. However, the majority of these patients will ultimately relapse.

Finally, for those with advanced (stage IV) disease, treatment is palliative in nature. Treatments such as chemotherapy, immunotherapy or the combination of both are given to the majority of patients, with a view to improving quality-of-life and prolonging life expectancy. These approaches were based on a narrow pathological understanding of lung cancer as either small cell (SCLC) or non-small cell lung cancer (NSCLC) in nature, with little further distinction to guide treatment plans.

Fortunately, this ‘one-size-fits-all’ approach to lung cancer management is something of the past. The deeper understanding of the molecular basis of lung tumours has led to a much more tailored approach, termed ‘personalised medicine’. This involves molecular testing of tumour samples to identify potential causes of the cancer (‘driver mutations’) and to guide further treatment (targeted therapy and immunotherapy).

When tyrosine kinase inhibitors (TKIs), which target epidermal growth factor receptor (EGFR), were approved in NSCLC patients in 2002, they were known to be more effective in patients that were female, non-smokers and of Asian ethnicity. It was only later that a test for activating mutations in EGFR was developed, and revealed that patients who benefitted most from EGFR-targeted agents were those who had an activating mutation in EGFR. This heralded an exciting era where treatment could be based on mutations rather than on tissue type. Those mutations that were considered to confer a growth advantage to the tumour and be causally implicated in the cancer are called ‘driver mutations’. By contrast, some genetic mutations may be present in a tumour, but not contribute to cancer growth. These are named ‘passenger mutations’.

We have since progressed through first-and second-generation EGFR TKIs to third-generation drugs. For patients who are diagnosed with stage IV EGFR-mutated lung cancers today, treatment with osimertinib can lead to a median survival of almost 39 months. By contrast, life expectancy with the best chemotherapy available in similar trials was 17 months.

Similar progress has been made in targeting other driver mutations such as ALK fusions, BRAF mutations, RET fusions, MET alterations, and the list goes on. All of these actionable mutations represent a small proportion of NSCLC overall in Western populations – approximately 15 per cent of NSCLCs harbour an EGFR mutation, and 3-to-7 per cent have an ALK fusion. However, cumulatively, these amount to significant progress for the subset of patients whose cancers have these alterations.

The most common driver events in NSCLC, and among all cancers, are KRAS mutations. These occur in 25-to-30 per cent of NSCLC and, unlike EGFR and ALK, were considered for a long time to be ‘undruggable’. This is due to structural and biochemical obstacles, such as binding sites that are small and hard to target. Hence, an effective inhibitor for KRAS has long been considered a ‘Holy Grail’ of medical oncology. Excitingly, this hurdle was finally overcome in mid-2021 with the publication of data supporting the use of a KRAS-targeted drug called sotorasib in the management of NSCLC with a KRAS (G12C) mutation. Despite the majority of patients on trial having received both chemotherapy and immunotherapy before, 81 per cent maintained either stable disease or achieved a response to sotorasib. While this represents an early (phase 2) trial, it is promising news for this substantial minority of patients with a KRAS mutation.

Parallel to developments in targeted therapy, checkpoint inhibitor immunotherapy was developed in the early 2010s. These drugs were developed on the knowledge that a major role of our immune systems is to prevent cancer development, but some tumours have a means of evading detection by our immune systems to proliferate regardless. Drugs initially targeting the CTLA-4 cell surface protein, and later targeting a different protein called PD- 1, are able to turn off immune inhibitory mechanisms and promote the desired immune response to tumours. Specifically in NSCLC, it has been found that tumour cells which express higher levels of PD-1 (in particular, if greater than 50 per cent of cells) are significantly more likely to respond to immunotherapy alone. A response is also observed in tumours which express lower levels of PD-1, if combined with chemotherapy. This can lead to five-year survival rates of 32 per cent, compared to an average of 6.9 per cent among patients treated before the advent of immunotherapy.

A mounting challenge in the face of needing such a broad array of molecular tests is successfully obtaining the tissue for testing. Traditionally tissue is obtained via bronchoscopy or CT-guided lung biopsy. However, these procedures are time-consuming to perform, carry risk to the patient, and about 30 per cent of specimens are insufficient for testing. Hence, interest is growing in blood-based genotyping, also known as the ‘liquid biopsy’. This uses a simple blood test to measure circulating tumour DNA, shed by the tumour into circulation. While having a lower sensitivity for detecting driver mutations than traditional testing methods, it has a high concordance with biopsy results and median turnaround time of seven-to-10 days. At present in Ireland, this approach is only used to test for the development of resistance to EGFR mutations. In future, though, it is hoped that liquid biopsy will be used for routine diagnosis of NSCLC and also to assess for residual disease following tumour resection.

In conclusion, our understanding of lung cancer and how to manage it is evolving with unprecedented speed and there is great cause for optimism. While the changes of the past 20 years have been diverse, they share in common a more textured and nuanced understanding of lung cancer than before. This personalised approach allows us to consider each patient individually and find an approach that will bring them the greatest benefit with the least harm. As we emerge from two years of grief and, often, pessimism, this is at least something to be optimistic about.