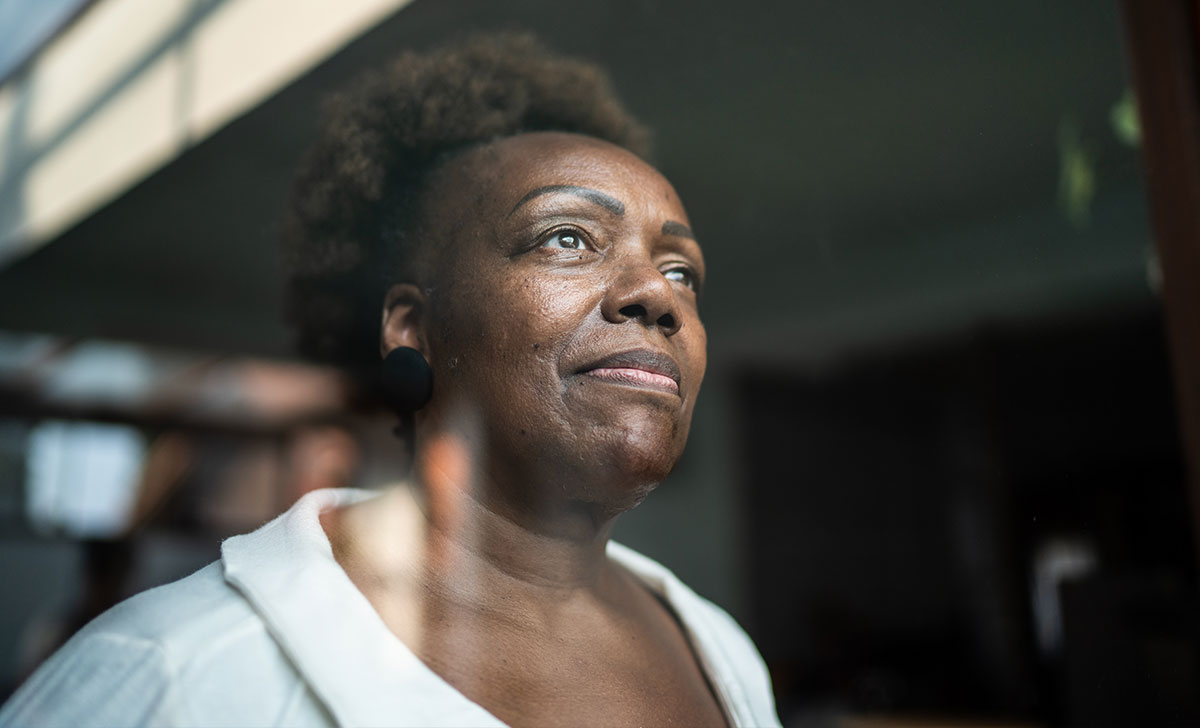 Progressive supranuclear palsy (PSP) is a progressive neurodegenerative condition characterised by axial rigidity, oculomotor abnormalities, and cognitive impairment with prominent postural instability and early falls. Pathologically, PSP is characterised by aggregations of tau within the brain.

New diagnostic criteria and treatment guidelines have been developed in recent years, which have altered our understanding of PSP. There is no disease-modifying treatment for PSP currently although several agents are under investigation.

Epidemiology and aetiology of PSP

The mean age of onset of PSP is 63 years and progresses to death over approximately seven years, although some subtypes follow a slower course. Estimates of PSP prevalence vary considerably with rates of five-to-six per 100,000 commonly quoted. Estimates of the annual incidence of PSP range from 0.9-to-1.9 per 100,000.

Environmental risk factors have been identified related to geographic clusters of PSP. A PSP-like Parkinsonism identified in Guadeloupe has been associated with mitochondrial toxins in annonaceae fruit, while a high rate in an industrial region of northern France appears to relate to exposures to industrial metals.

Other potential risk factors include hypertension, lower levels of education, and rural living. The pathological hallmarks of PSP are microtubule-associated protein tau aggregates affecting the brainstem and basal ganglia, spreading rostrally to involve the frontal and occipital lobes, and caudally to involve the dentate nucleus and cerebellum. These aggregates are composed of tau isoforms with four microtubule-binding repeats (4R-tau) in the form of neurofibrillary tangles, oligodendrocytic coils, and astrocytic tufts.

In their original 1964 paper, Richardson, Steele, and Olszewski described a syndrome of axial rigidity, oculomotor abnormalities, and cognitive impairment. While this so-called Richardson’s syndrome (RS) is the presentation most characteristic of PSP, a much wider range of presentations have been recognised. These variants include Parkinsonism (PSP-P), primary apraxia of gait (PSP-PAGF), corticobasal syndrome (PSP-CBS), and speech and language disturbance (PSP-SL). The 2017 Movement Disorder Society (MDS) criteria for the diagnosis of PSP recognises eight distinct PSP phenotypes.

Gait and balance impairment are early, disabling, and dangerous symptoms in PSP. Typically, postural reflexes are markedly impaired and patients tend to fall backwards. People with PSP have a stiff, broad-based gait, with knees and trunk extended and arms slightly abducted (sometimes called a ‘gunslinger’ gait), while neck dystonia often produces retrocollis. Patients may pivot wildly when turning due to impaired insight and impulsivity.

Oculomotor abnormalities are a hallmark of PSP. Impairments of vertical saccades are an early finding with downgaze more prominently affected. Other findings include square-wave jerks (saccadic movements with occur during fixation), loss of convergence, and blepharospasm may be seen. Light sensitivity is common and tinted glasses may help. An inability to look down can cause difficulty reading, walking, and eating (resulting in the ‘messy tie sign’).

Signs evident in the face may include reduced blink rate, frontalis overactivity, and vertical wrinkling of the forehead (the procerus sign) resulting in a troubled or surprised expression. Patients may have difficulty opening their eyes due to dystonia of the tarsal muscles (the common description ‘apraxia of eyelid opening’ is a misnomer).

The speech disturbance of PSP is characterised by slow, effortful, and distorted speech sometimes referred to as ‘growling’ or ‘gravelly’, which is distinct from both the quiet, monotonous speech of idiopathic Parkinson’s disease (IPD) and the high-pitched, breathy voice of multiple system atrophy (MSA). Language impairment including non-fluent/agrammatic progressive aphasia and apraxia of speech may be present.

Cognitive impairment in PSP is characterised by frontal lobe dysfunction. Impaired executive function with reduced speed of processing and mental agility, apathy, and spontaneous motor behaviours, such as palilalia and punding may occur. Impulsivity may result in patients attempting tasks they are unable to complete safely. Sleep disturbance is common in PSP with patients frequently describing difficulty initiating and maintaining sleep. REM-sleep behaviour disorder may occur, but is less frequent than in α-synucleinopathies.

A diagnosis of PSP is made on clinical grounds; however, brain imaging can play a supportive role. Classically, brain MRI demonstrates atrophy of the brainstem, particularly the midbrain. The ratio of pons to midbrain diameter is useful to differentiate PSP from other Parkinsonian disorders. The ‘hummingbird’ and ‘morning glory’ signs, on midsagittal and axial images, respectively, are seen in PSP, but lack sensitivity. The magnetic resonance Parkinsonism index (MRPI) is calculated by multiplying the pons area-midbrain area ratio (P/M) by middle cerebellar peduncle (MCP) width-superior cerebellar peduncle (SCP) width ratio (MCP/SCP) and helps to identify cases of Parkinsonism likely to evolve to PSP. PET imaging reveals decreased glucose metabolism in the midbrain early in the disease course while decreased metabolic activity in the caudate, putamen, and prefrontal cortex occur later. New PET imaging modalities using ligand which bind to the tau protein and may enable earlier diagnosis or more accurate measurements of the progress of disease.

A range of strategies are used to ameliorate symptoms and improve quality-of-life in PSP. Few randomised control trials exist in PSP, and treatment strategies are largely based on clinical experience and observational studies. In 2021 the CurePSP Centres of Care Network published a consensus statement on the management of PSP which provides helpful guidance on a range of treatment modalities (available here: www.frontiersin.org/ articles/10.3389/fneur.2021.694872/full).

The involvement of a multidisciplinary team (MDT) with experience in neurodegenerative disease is essential in treating PSP. Physiotherapy can be useful to maintain strength and improve balance and coordination. The selection of appropriate walking aids is important. Lightweight wheelchairs with a tilting mechanism to prevent falling out are preferred. Occupational therapy intervention for functional and domestic adaptation is helpful. Speech therapy support for communication, including the use of alphabet boards, text-to-speech systems, and repetitive exercises, play a role. SLT also provide important support for swallowing difficulties.

Appointing an enduring power of attorney early in the disease course can simplify later decisions. The social and caring challenges are significant. Support from a range of sources including the hospital team, community services, and patient organisations such as the Progressive Supranuclear Palsy Association (PSPA) is essential. Early involvement of palliative care in the MDT can be extremely helpful, especially with regard to the need for hospice care as well as the management of multiple complex symptoms.

Important pharmacological options to consider in PSP include:

Although no treatment currently exists to slow or arrest the course of PSP, a number of potential therapies are under investigation. Disappointingly, 2021 saw negative results for two trials of anti-tau monoclonal antibodies directed against the N-terminal of tau (gosuranemab and tilavonemab), however, further studies are ongoing, including monoclonal antibodies targeting alternative binding sites on the tau protein (UCB0107), agents which modify mitochondrial function (MP201) or lipid peroxidation (RT001), and antisense oligonucleotides to reduce the production of tau (NIO752).

A persistent challenge in trials of PSP, as in all neurodegenerative disease, is that by the time a diagnosis is made with confidence, significant neurodegeneration has occurred and prospects of effective treatment are diminished. The search for early and reliable biomarkers, either imaging or CSF-based, may allow early identification of cases and initiation of treatment at an earlier stage.

PSP care and research in Ireland

To tackle the lack of epidemiological data on PSP in Ireland, an Irish multicentre epidemiological study, ‘The Leinster Tauopathy Study,’ is in preparation and hopes to begin recruiting participants in early 2022. The study brings together Irish expertise in atypical Parkinsonism from Dublin hospitals and will seek referrals of patients with a possible diagnosis of PSP or CBS and a home address in Leinster. The study aims to establish the prevalence and incidence of PSP and CBS in an Irish population and plans to establish a biobank of blood, DNA, and cerebrospinal fluid samples to facilitate future studies of diagnostic and prognostic biomarkers. Developing an accurate picture of the population with tauopathies and their needs will help to inform future service provision. Also in January, Tallaght University Hospital was accredited as the only Irish site in the European Research Network for Rare Neurological Diseases (ERN-RND) as an expert centre for atypical Parkinsonism. This prestigious designation will allow patients to access a broader range of specialist expertise.

PSP is a complex, progressive, neurodegenerative condition which has an enormous impact on the daily functioning, quality-of-life, and social circumstances of patients and their families. Patients commonly present with axial rigidity, gaze abnormalities, and cognitive impairment, although a wide range of phenotypes are described. Although no disease-modifying treatment exists, a range of therapies may help manage the symptoms and complications of the condition. In Ireland we are developing services for patients with PSP and other atypical Parkinsonian disorders, as well as national and international research projects and collaborations.