The passing of the Queen: Won’t somebody think of the swans? 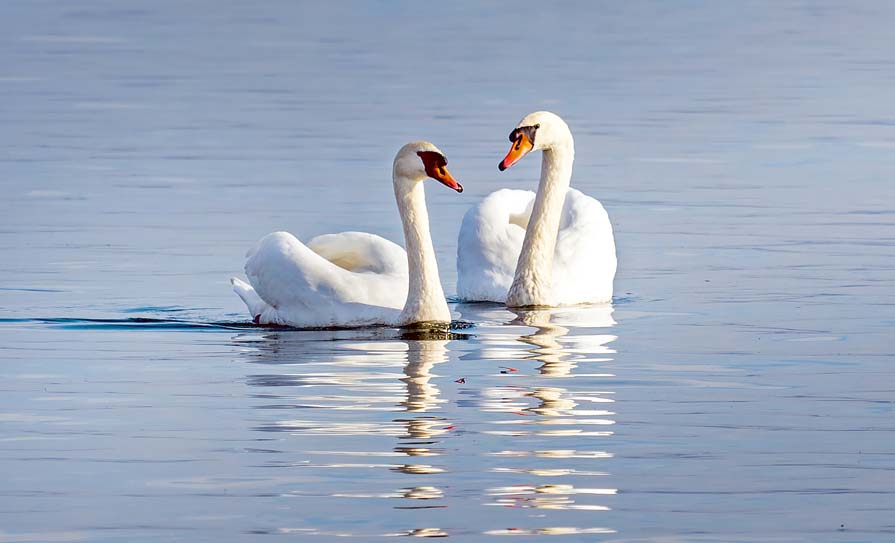 Regardless of one’s personal feelings on monarchy in general and the British monarchy in particular, it is true to say that the passing of Queen Elizabeth II is the end of a certain type of era and that her longevity was remarkable. So, briefly, let’s review some of the lesser-reported aspects of her life, possessions, and achievements.

For example, a ‘royal warrant’ is bestowed upon a product that is served to the royal family for five years or more. Including cigarettes, in the old days, Alcohol products that received this distinction included Bacardi-Martini, Bollinger champagne, GH Mumm champagne, Krug champagne, and Johnnie Walker Scotch. The Queen’s former personal chef for more than 10 years, Darran McGrady, revealed a number of years ago that her favourite tipple was the sweet aperitif gin and Dubonnet, or with dinner, a sweet German wine (no smart comments about lineage down the back of the class!).

Of course, many changes will have to be made following her death, some not so obvious. For example, senior barristers will, of course, no longer be the ‘Queen’s counsel’, but will become ‘King’s counsel’; coins, stamps and medals will no longer bear her distinctive side-profile. This will require Charles to sit and pose for a portrait – no Photoshop wizardry here. A further nugget of useless information is that Charles’s portrait will face left, whereas the Queen’s faced right. This is a tradition dating back to the 1600s, which dictates that monarchs should be represented on coins facing in the opposite direction to their predecessor. Charles will also require a new personal flag to be designed.

As we know, execution of a will can sometimes get messy, but what about the Queen’s myriad possessions, some of them quite bizarre? After all, her personal wealth was estimated at approximately €500 million, when investments, art, jewels, and real estate are taken into account.

Her lesser-known possessions include all of the unclaimed swans in open water in England and Wales. Not to be distracted, she only actually exercised ownership of the swans on certain stretches and tributaries of the River Thames. Each year, the ceremonial ‘Swan-Upping’ festival saw some poor serf having to count all the swans in a five-day event in order to establish exactly how many of the majestic creatures she owned. The beasts will now become the property of jet-setting, helicopter-hopping, environmentalist King Charles III. But that’s a topic for another day.

A statute dating back to the time of King Edward II in 1342 still stands and also allows British monarchs to claim ownership of the whales, dolphins, porpoises, and sturgeons within three miles of England’s shoreline.

In case she needed to get access to a few bob in a hurry, there is also an ATM in the basement of Buckingham Palace, for use only by members of the royal family. Reports suggest that the service is free of charge, as long as you have £1.3 million or more on deposit.

The Queen also owned a pair of native Aldabra giant tortoises, which can live up to 200 years old, and which she was given while on an official visit to the Seychelles in 1972. It’s not known how she got them through customs or how they got on with the corgis, but in any event, they were subsequently rehomed.

Her list of possessions would take up many more column inches, but it’s worth an honourable mention that she also owned Trafalgar Square, including Nelson’s Column, and the British Gallery. This is because originally, Trafalgar Square was the location of the royal stables and falconry mews.

There are, of course, many humorous stories about Queen Elizabeth II to choose from. As part of her duties, she was required to ceremoniously attend a huge range of events, from gallery openings, to garden parties, to investitures, to even the English FA Cup final. One of the most memorable anecdotes involved comedian/magician Tommy Cooper, one of the best-loved British entertainers for decades up until the 1980s.

Following one Royal Command event, all the performers waited dutifully in line to pay their respects to the Queen. As she worked her way down the bowing artistes, she finally arrived at Tommy Cooper and the following exchange took place:

Cooper: Do you think I’m funny?
Queen: Yes, Tommy.
Cooper: You really thought I was funny?
Queen (slightly irritated): Yes, of course I thought you were funny.

Cooper: Did your mother think I was funny?
Queen (now slightly more irritated): Yes, Tommy, we both thought you were funny.
Cooper: Do you mind if I ask you a personal question?

Queen: No, but I might not be able to give you a full answer.

Cooper: Do you like football?
Queen: Well, not really.
Cooper: In that case, can I have your FA Cup Final tickets?