The madness and medicine of King George III 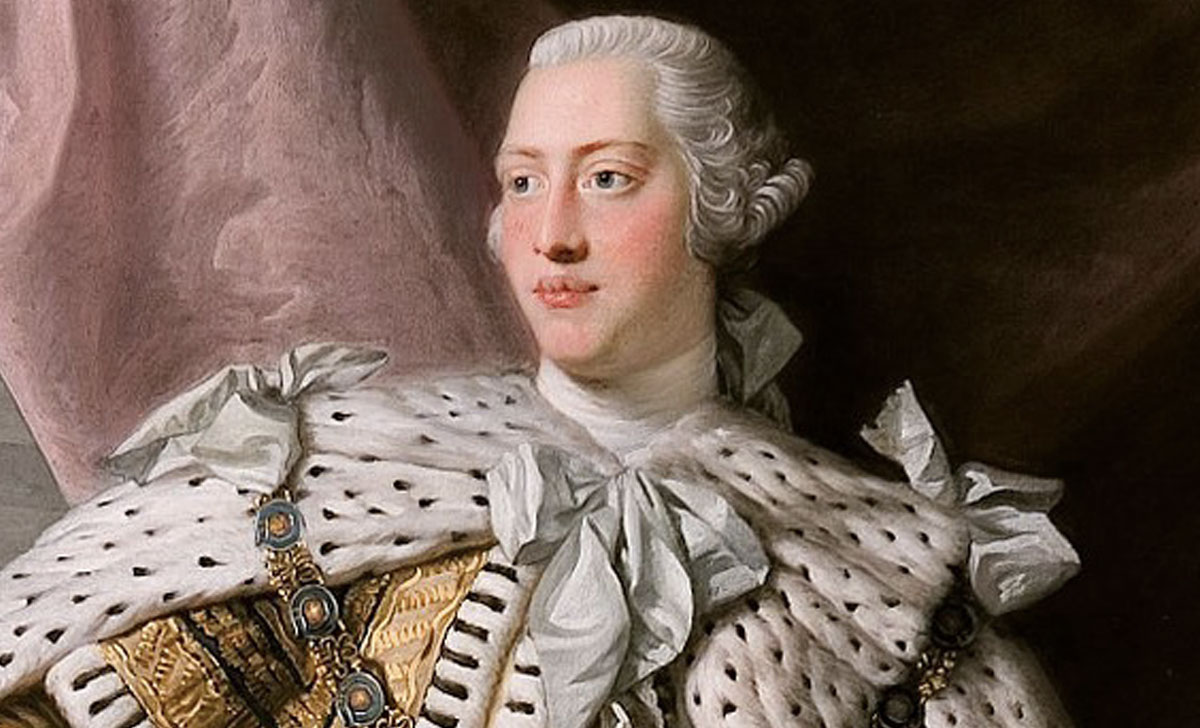 Whilst our health service is far from ideal, with its long waiting lists and dearth of staff, it could always be worse. Just ask King George III. His maladies and subsequent mental illness have long been a subject of debate and from 1969, it was generally accepted that his madness was caused by acute hereditary porphyria, variegate porphyria, caused by a deficiency of protoporphyrinogen oxidase. However, there were some who remained less than satisfied with this retrospective ‘diagnosis’.

The porphyria theory was largely based on historical documents and subsequent revelations, which showed that the condition did in fact exist in the Royal Houses of Europe. Firstly though, a quick round-up of George’s symptoms and declining health at that time.

By way of background, George III was mostly remembered by history for two things – losing the British colonies in the US and his descent into insanity. However, he is also regarded by many as the first British monarch to take an interest in, and study, science. He also amassed a huge royal library and set up and funded the Royal Academy of Arts, which is still going strong to this day.

A 2011 study in Clinical Medicine broadly summarised his symptoms thus: A medically unremarkable childhood, but at age 27 he suffered chronic chest infections, followed by mental health issues. At age 50, it was assumed that he suffered with obstructive jaundice, followed by possible hypomania, followed by acute mania. At age 57, apparently he had a severe bilious attack and at ages 62 and 65, suffered relapses of bipolar disorder, followed by a progressive loss of vision. Finally, from the ages of 72-to-81, there were persisting relapses, with fluctuating chronic mania and possibly dementia.

During his bouts of mental illness, it was recorded that he became increasingly loquacious, and there are accounts of him talking incessantly until he foamed at the mouth. When writing during his illnesses, it was also noted that it wasn’t unusual for him to write sentences that were over 400 words long. To put that into perspective, King George could have written an entire Dorsal View in less than two sentences. The list of manifestations from his mental illness is long, and includes accounts of his pages needing to sit on him whilst he suffered convulsions on the floor to protect him from harm.

There is still debate as to the exact cause of King George’s mental illness, with some suggesting that his medical treatment did not help, and at worst, may have been the cause of his problems. Some suggest that it is an open-and-closed case of mania; however, analysis of a strand of his hair in 2005 suggested that his problems may have at least partially been caused by his doctors prescribing arsenic, as revealed by the heavy metal content in the hair. As arsenic interferes with heme synthesis, this may have exacerbated the symptoms of his porphyria, some have suggested.

During his bouts of illness, George’s doctors prescribed emetic tartar, an antimony-based medicine used to induce vomiting. Antimony is a metallic element and compounds based on antimony were popular with doctors for centuries, but were unfortunately often contaminated with arsenic.

Of course the body is capable of dispelling arsenic, but over time, chronic toxicity develops and the amounts found in the king’s hair were approximately 17 times what is considered to be the threshold for arsenic poisoning.

But was there a more sinister twist in the treatment tale? In a 2005 article in The Lancet, the authors suggest that “the Royal physicians’ clinical notes make for disturbing reading, since the medication was clearly administered by force or deception”.

Last word to Prof Martin Warren of the University of Kent, UK, who analysed the hair strand along with his colleagues. “The presence of arsenic in a sample of the King’s hair provides a plausible explanation for the length and severity of his attacks of illness; and contamination of his antimonial medications is the probable source of the arsenic. We propose that exposure to arsenic would exacerbate attacks of porphyria in a genetically predisposed individual.”

So was King George the victim of inappropriate medications that exacerbated his symptoms, or was he ‘offed’ as a result of political machinations? Did he suffer with porphyria, or a mental illness that would be readily recognised today? I’d be delighted to hear your clinical assessment and opinions at the above email address.