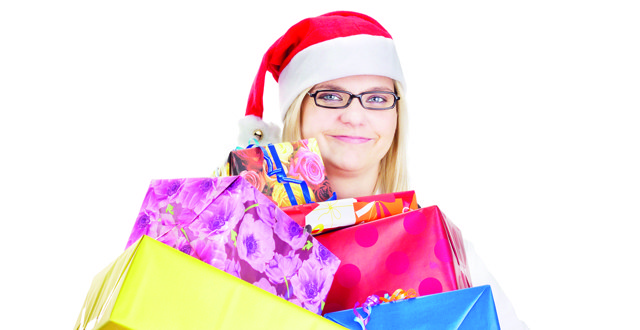 Medical doctor with a lot of christmas gifts

here is an increasing number of people who seem determined to suck the joy out of everything. Perhaps they have too much time on their hands and not enough on their minds.

I didn’t know whether to laugh or cry when I heard recently that the specialist US radio station Christmas FM had deleted the classic song Baby it’s Cold Outside from its playlist because it’s ‘politically incorrect’.

For the uninformed (shame on you!), the best-known version of the song, and the one that’s most frequently played, is a wistful duet sung by Dean Martin and Martina McBride. It featured in the 1949 movie Neptune’s Daughter and saw an amorous Deano try to dissuade his lady friend from leaving the house with offers of wine and a warm fire.

However, that’s not how some of the Christmas  snowflakes see it. According to some, the song has undertones of sexual coercion and it was even suggested that Deano had spiked her drink. The official party line from Christmas FM is that the song’s lyrics are “of a different era”. A number of other stations then apparently started wringing their hands and followed suit. Needless to say, Twitter — which frankly is sometimes a megaphone for idiots — went nuts, with some people claiming that the song runs contrary to the #MeToo movement.

But this madness has not happened in isolation. A re-run of the classic 1964 animation Rudolph the Red-Nosed Reindeer was broadcast in the US recently and it also ruffled a few feathers. Apparently, the children’s movie glorifies bullying (of Rudolph by the other reindeer); verbal abuse (of Rudolph by his father); sexism (Rudolph’s mother is not allowed to join the search for Donner); bigotry (a doe is discouraged from showing an interest in Rudolph); as well as racism, homophobia and exploitation of workers. Truly folks, you can’t make this stuff up.

I would wish you a white Christmas, but I don’t feel that would be an inclusive sentiment — to all Mindo readers, I wish you a colour-neutral Christmas and a carefully thought-out New Year.

I feel it’s my civic duty to get the jump on those appalling Christmas cracker jokes and present you with arguably some of the worst jokes ever to cross the Dorsal desk. But it’s Christmas, so I hereby claim a general amnesty on corny gags.

One Christmas eve, Pete and Jane were driving their Russian friend Rudolph back to his house. As the song says, ‘the weather outside was frightful’. Jane asked Pete: “Do you think that’s sleet or rain out there?”

“What do you mean?” asked Jane.

A father took his son Billy to the shopping centre to see Santa. They stood in line awhile, and finally the boy was able to meet Santa and sit on his lap.

“What would you like for Christmas, Billy?” asked Santa.

“An XBox and a Hobbit game,” Billy said.

“Okay, we’ll see what we can do about that,” said Santa with a big smile.

Later on that day, they also went to see Santa at a different shopping centre. When Santa asked Billy what he wanted for Christmas, he repeated: “An XBox and a Hobbit game.”

“Will you be a good boy and do what your daddy tells you?” Santa asked.

Billy fell silent, turned to his dad and said: “Let’s go back to the other Santa, dad.”

“Why, Billy?” asked his father.

“Because I didn’t have to make any deals with that one.”

When a father asked his little boy what he wanted for Christmas, the boy replied, “a baby sister.”

As fate would have it, the wife was pregnant and delivered on Christmas Eve. On Christmas day, she brought home a brand new baby sister for their son.

The next year, when the father asked his little boy what he wanted for Christmas, the boy replied: “If it wouldn’t make mum too uncomfortable, I’d like a pony.”