Fear and loathing in the current climate 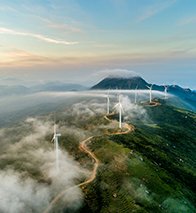 Let me preface this by saying climate change is an issue to be taken very seriously and we all must do our bit. Long gone are the days when everything went into the ‘grey bin’ — glass, food, plastics, dead goldfish whom the kids were told had ‘gone to heaven’, and so on. But in an age where anxiety and depression are rampant, it’s perhaps worth considering whether news outlets, information sources and certain high-profile individuals should be a bit more careful to ease off on the hyperbole. It’s called ‘eco-anxiety’ and it’s coming soon to a clinic near you, if you haven’t already seen it.

Children are of course particularly vulnerable to this phenomenon. Classrooms the world over are hearing about the exploits of Greta Thunberg, who has high-profile photo opportunities with the likes of Arnold Schwarzenegger — who owns a warehouse full of ‘muscle cars’ and a 50-ton M47 Patton tank — and Leonardo DiCaprio, who flies halfway across the world in his private jet to collect environmental awards. I’m not mad at Thunberg, but clearly there are shadowy influences who have turned her into a self-contained industry.

Children who may be vulnerable for all kinds of reasons are sitting ducks for eco-anxiety. Late last year, a team of psychologists at the University of Bath in the UK, the Climate Psychology Alliance (CPA), waved a red flag, stating that they are struggling to cope with the number of eco-anxiety queries they are receiving from doctors, teachers and therapists who cannot cope with the volume of children presenting to them with the ‘condition’.

“A lot of parents are coming into therapy asking for help with the children and it has escalated a lot this summer,” CPA executive Ms Caroline Hickman told The Telegraph last year. “The symptoms are the same, the feelings are the same, but the cause is different. The fear is of environmental doom — that we’re all going to die.”

She went on to warn that parents “need to find some words to talk about it that are age-appropriate and not terrifying. You need to separate what is fact from what is unknown: Tell them some species are going extinct and some humans are being harmed, but don’t say ‘we’re all going to die’, because that isn’t true.

Those of you of a certain vintage may remember that in the 1970s, some atmospheric scientists were predicting an ice age by the 21st Century. It was also predicted that by 1974, US citizens would be subject to water rationing, and food rationing by 1980. ‘Acid rain’ and rising sea levels also raised alarm, but the most important difference is that the Internet didn’t exist back then. The speed at which information travels today is key.

Is the climate changing? Yes. Can we all do our part to alleviate the problem? Yes (particularly at a national policy level for the worst offenders). Should people be more careful not to scare the hell out of our children? Absolutely.

A couple of climate-related offerings to finish off this issue’s instalment. Hopefully they’re not… anti-climactic, but rather, they are just ice-breakers. And in the interests of the environment, all these jokes have been recycled. I am always glad to receive any comments, opinions, contributions or jokes of a better quality to info@mindo.ie.

Clean coal is a bit like wearing a porous condom — at least the intention was there.” Robin Williams.

“President Bush has a plan. He says that if we need to, we can lower the temperature dramatically just by switching from Fahrenheit to Celsius.” Jimmy Kimmel.

“If it solved global warming, would you give up the TV remote and go back to carting your fat ass over to the television set every time you wanted to change the channel? If that was the case in America, I think Americans would watch one channel forever.” Bill Maher.

“The oil spill in the Gulf is affecting everybody. In fact, when I went to lunch this weekend and ordered the sea bass, they asked if I wanted it regular or unleaded.” David Letterman.