Bon voyage to an unlikely pioneer of sexual health and awareness 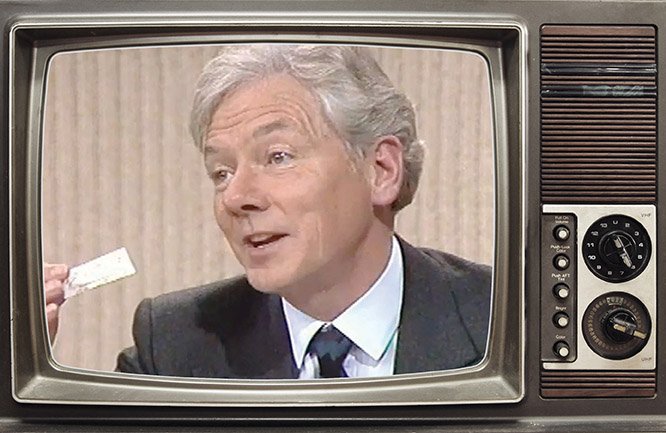 No doubt you will have heard, in passing, of the death of broadcasting legend Gay Byrne recently. A million column inches have been devoted to lionising Gaybo and everyone has a tale to tell about the numerous moments courting what passed for controversy in the 1970s and 1980s. And one of those of course was the jaw-dropping scandal of unwrapping a condom live on The Late Late Show in May 1987.

For younger readers, this might elicit a ‘so-what’-type shrug in November 2019, but it’s worth trying to understand the gravity of what Gaybo did. Don’t forget, contraception was illegal in Ireland until 1980, if you can wrap your head around that concept against the current backdrop of awareness and availability. Actually, to say it was illegal until then is only half the story — contraception was criminalised in Ireland in 1935, until it was finally decriminalised in 1980.

It was illegal to import or sell contraceptives, and bear in mind that up until relatively recent years, the Catholic Church was overpoweringly influential and powerful in matters of public health policy.

An interesting anecdote — in 1971 a group of women, risking the ire of their local parish priests, took a train to Belfast, bought sacks full of contraceptives and took them back to Dublin. Then Bishop of Clonfert Thomas Ryan described this as almost an act of heresy and national treason. “Never before, and certainly not since penal times, was the Catholic heritage of Ireland subjected to so many insidious onslaughts on the pretext of conscience, civil rights and women’s liberation,” he said at the time. How little we knew at the time what was going on behind many a closed door.

Anyway, back to Gaybo. Like the Catholic Church, RTÉ itself was at that time a powerful, hierarchical national institution. Bear in mind that, at that time, RTÉ2 had only been in existence for 10 years, so it was either of those channels, or BBC1 or BBC2, and that was pretty much it, along with ITV and Channel4, which had only been launched five years earlier.

With that mischievous look on his face, and knowing full well that he was causing myocardial infarctions in the RTÉ boardroom, Gaybo opened the shiny silver packet and explained what a condom was and how to put it on, to nervous laughter from the audience. He described it, again with some mischief, as “the dreaded object”.

Dr Harry Crawley of the Health Education Bureau was also on the show. He made a comment that is almost directly transferable to this day and age: “A lot of the embarrassment comes from the previous generation, because of the conditioning that they’ve had… it’s not just a question on the contraceptive practices, it’s a question of the total health education of people to realise what drugs do to them, how young people feel when they’re in love… we’ve got to prepare people for life on a much broader basis than just simply contraceptive practices… ”

This is pure speculation, but with that attitude, one would imagine the bureaucratic, historical and puritanical obstacles Dr Crawley had to circumnavigate in order to try to raise awareness of the importance of sexual health and awareness of the threat of sexually-transmitted infections. Again, for context, bear in mind that it only became legal for pharmacists to sell condoms in 1985. However, with the stigma that was still associated with condoms at the time, the typical customer probably had to also buy some sticking plasters, sugar barley sticks (remember them?), cough medicine and whatever else so that the condoms might be missed as an adjunct and Mrs Murphy beside you at the counter wouldn’t notice. Ah, those were good days for the profit margins of the local community pharmacist!

At the time, AIDS was the global health scare and it was pretty much a death sentence for whoever contracted the virus. Irish reproductive health was done an enormous service by Gay Byrne in doing what he did that night, and make no mistake — this guy has balls of steel to do such a thing in the climate of the time. Only a broadcaster of his stature could have done that and not been disciplined, and he knew it. In comparison, today’s Late Late Show is a bland, safe, cookie-cutter version of what it was when Gaybo was at the helm and if I have sparked your curiosity a little, I invite you to visit YouTube or some other social media outlet for the archives.

Among the endless sprawl of column inches dedicated to Gaybo’s life and achievements, I hope this little offering has given you some pause for thought on how he advanced sexual health awareness in a time of small-mindedness, oppression of information and outright bigotry. RIP.