A brush with madness and a medical student: Crunch time for Munch’s state of mind 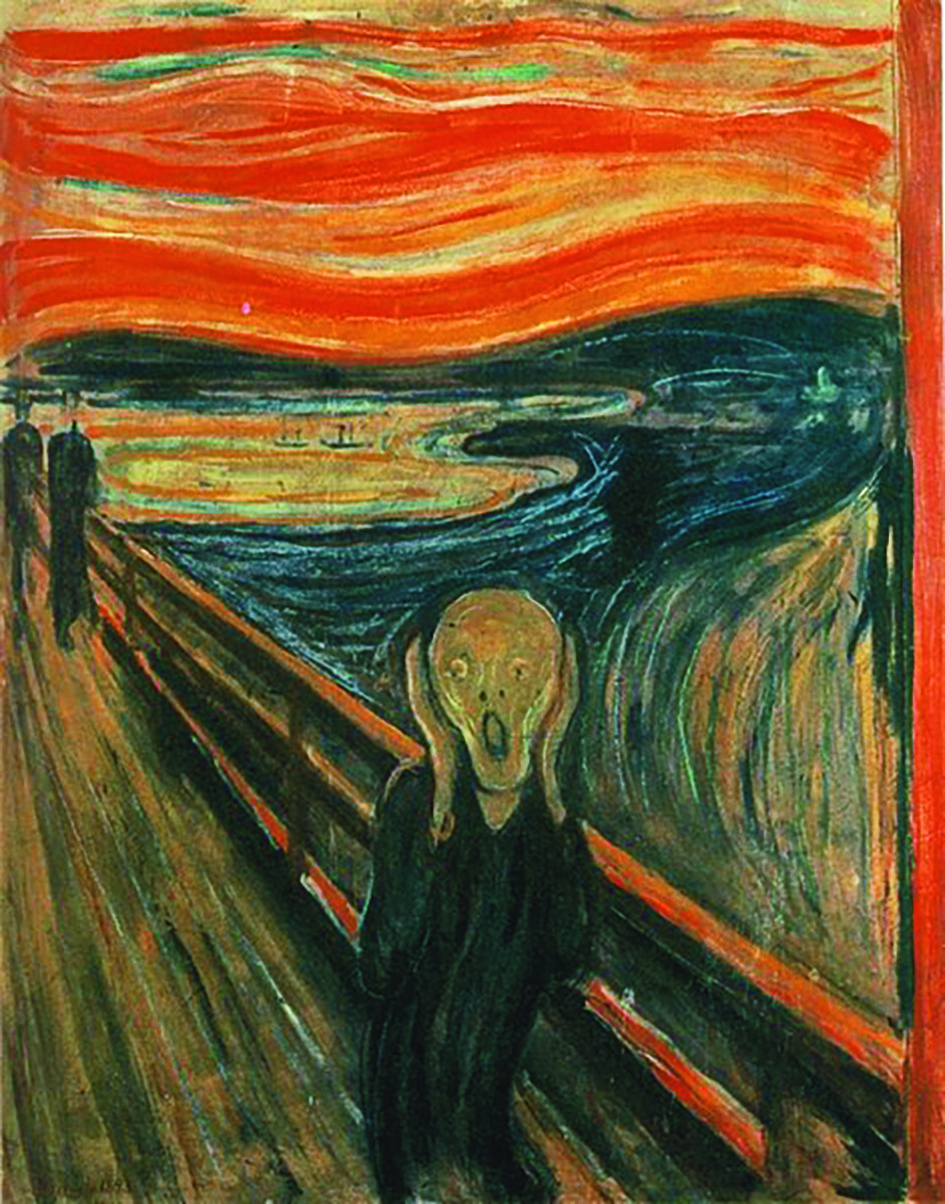 We’re all familiar with the accompanying image – The Scream by Edvard Munch, the spawn of a million memes and a symbol of existential angst, something which we’ve all had plenty of over the past year. There are actually four versions of the piece, two in paint and two in pastels. One of them contains a tiny piece of pencil-written graffiti in the top-left corner. It simply reads: “Can only have been painted by a madman.”

This small piece of graffiti has exercised the minds of art historians and amateur detectives alike for many years – it was originally thought to be Munch’s handiwork, but was later attributed to a random vandal. However, new research by folks at the National Museum of Norway concludes that it was indeed Munch himself who was the author. Another interesting layer to this onion is the fact that the note was inspired by a meeting Munch had with a medical student.

The note was first noticed in 1904 but Mai Britt Guleng, curator at the museum and ‘Munch specialist’ (not a new discipline of dietary specialist) has established that it was written in 1895 following a meeting Munch had with a medical student. During the meeting, the student remarked that it “can only have been painted by a madman”. This, according to Guleng,
prompted Munch to make the inscription. “It’s a combination of being ironic, but also showing his vulnerability,” she said.

“He is actually taking this very seriously and he is hurt because there is a history of illness in his family, and he was very anxious, but he showed himself to be marked by it.” The discovery adds depth to the inscription, as Munch referred to the medical student’s comments many times thereafter in letters and is known to have been somewhat obsessed with illness, particularly tuberculosis, which claimed his sister as a child and then his mother. Guleng concluded that making the note was in some way Munch’s attempt to process criticism and perhaps even as a mechanism of introspection.

“It was very important for him to take control of his own self-understanding and also how others understood him,” said Guleng. “This was maybe an act of taking control because others had said that he was mad, but saying, ‘I can make a joke about that.”

These days the student would be sent directly on a sensitivity awareness course, but who knows, maybe this one received a clip round the ear from his professor to try to refine his bedside manner.

There is an unfair, undeserved and inaccurate perception that doctors in certain disciplines may be more prone than their colleagues in different
disciplines to, well, displays of arrogance. It does of course behove all doctors of all disciplines to conduct themselves in a way that dispels such
perceptions, both among their colleagues and the public in general. See below for a good example of how not to do that….

The Medical Board of California has said it will begin an investigation into the conduct of plastic surgeon Mr Scott Green, who appeared in a Sacramento Superior Court trial for a traffic violation while simultaneously performing a procedure on a patient.

The hearing was of course held virtually and Mr Green appeared on camera in full scrubs, with the patient just out of view to the side and the machinery beeping away in the background. The stunned court clerk asked, “Hello, Mr Green…. Are you available for trial? It kind of looks like you’re in an operating room right now?” He replied: “I am, sir. Yes, I’m in an operating room right now. Yes, I’m available for trial. Go right ahead.” This was despite the fact that the clerk reminded him that the hearing was also being streamed live to the public.

To make matters worse, he put his head down and continued operating while waiting for the commissioner to enter the court. However, the judge was having none of it, despite being assured by Mr Green that “I have another surgeon right here who’s doing the surgery with me”. Make of that what you will.