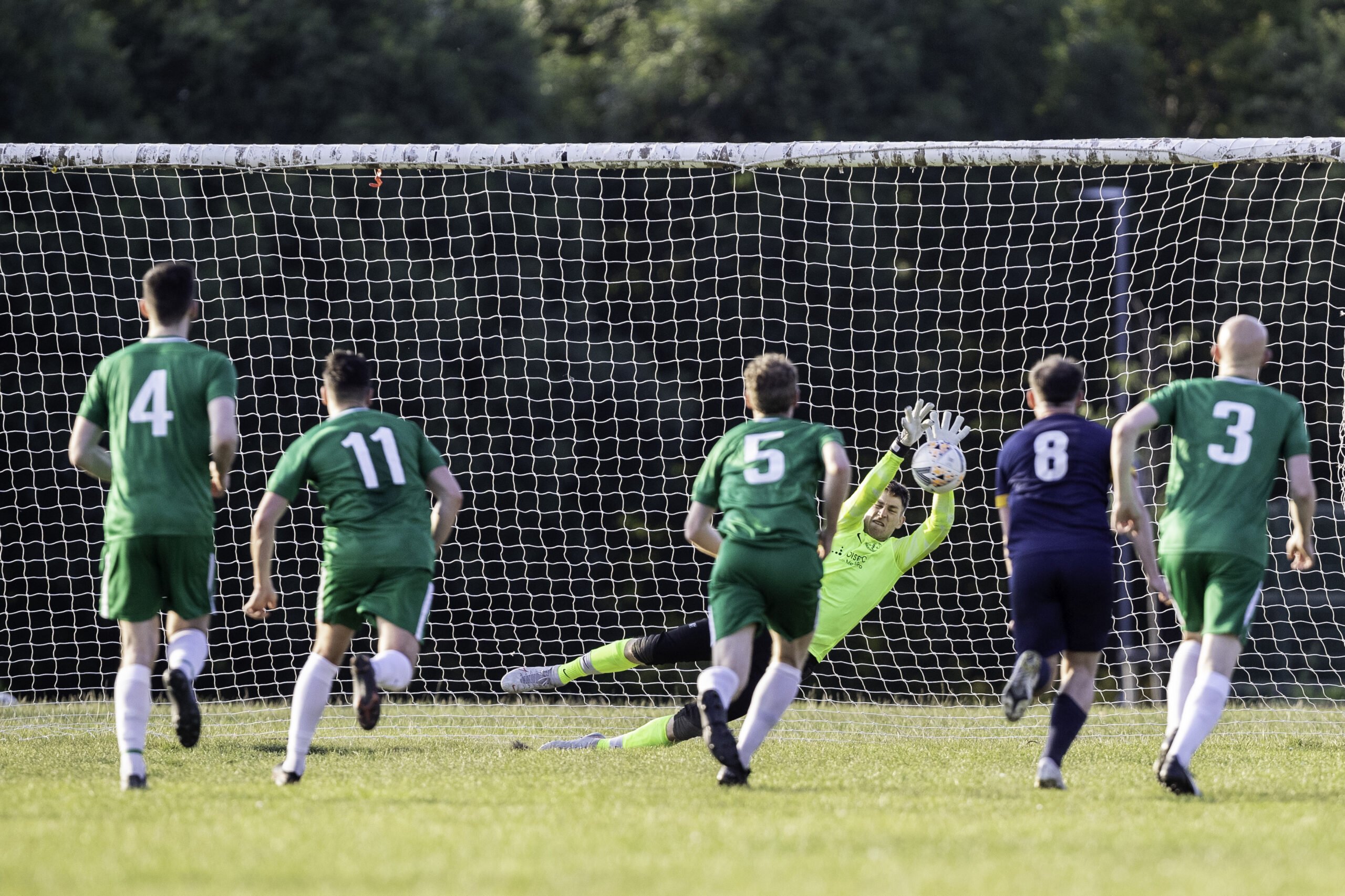 Dublin Hospitals (DH) FC made their way across the city to Swords to take on River Valley Rangers in the first of three pre-season friendlies before the upcoming season. Playing under their new name, the first time since switching from Saint Vincent’s Hospital FC, as well as with plenty of new faces in the squad, they hoped to christen their new title with a win. Before kickoff, rumours circled the DH dressing room that an ex-League of Ireland player was among the opposition ranks, so a mix of excitement and trepidation was felt as kick off loomed.

Fortunately, the worry was misplaced as DH got off to the best start possible with Aidan McGrath bagging the first of his two goals within seconds of the referee’s whistle. Finding himself with the ball to the right of the goal, he smashed it home leaving the opposition goalkeeper with no chance. The surprise lead came under threat almost immediately as Paul Schütze was forced to pull off a double save, one of many important contributions throughout to keep the doctors in the game. Minutes later, River Valley were awarded a penalty as Cian Ward, unaccustomed to finding himself in his own box, bundled over his opposite number.

Fortunately for Ward, and his teammates, the penalty taker did his best Gareth Bale impression, who had missed from 12 yards earlier that evening against Turkey, and sent the ball wide of the goal. River Valley kept pouring forward and dominated for the rest of the half, grabbing an equaliser, and then going ahead as DH struggled to come to terms with their opponent’s movement on and off the ball. Despite their dominance, River Valley couldn’t extend their lead and were made to pay just before half-time. McGrath grabbed his second of the game, this time curling a beautiful shot from the edge of the box around the outstretched arms of the flailing goalkeeper.

Buoyed on by their equaliser, the second-half was a different story as DH gave as good as they got, eventually getting a winner with 10 minutes remaining. A free kick, won by Ward, was squared by Brian Gaffney to the waiting John Cosgrove, who easily finished from just inside the box, curling a left footed effort into the bottom corner.

River Valley could, and probably should, have been awarded a penalty with 10 minutes remaining, but the referee awarded DH the goal kick rather than penalise Schütze for cleaning out the River Valley striker. Fortunately for the man in the middle, those on the home sideline decided to let it be. The final whistle blew shortly after and gave DH their first pre-season win, setting them up nicely for their next game closer to home against Seaford Rock in Blackrock.