My Porsche Experience At Silverstone 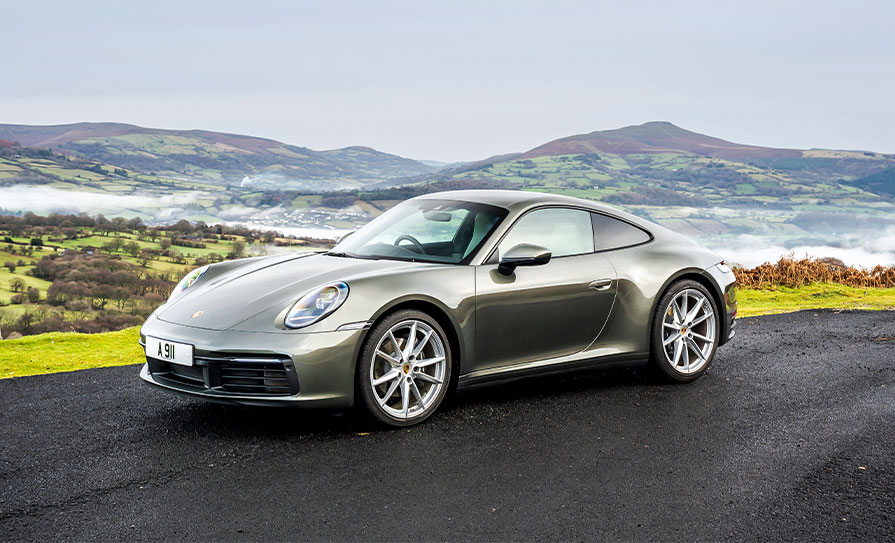 MY PORSCHE EXPERIENCE AT SILVERSTONE

I think I’m a heartsink client for my accountant. There are so many times I ask, “can I put that down to tax?”

I tried it again with my trip to Silverstone:

– “So you’re telling me the sole purpose of your visit was to drive these two cars for Mindo?”

– “Look Alan, I know you’re a car nut. You know I won’t get into a car with you. You can’t tell me it was an educational trip, like the one for the Pain Society in Florence. Your income as a motoring correspondent is a pittance, you don’t make enough to write it off.”

I don’t like working doctor-on-call. But I get paid for it. And that money is spent on me and my toys. I have tried to give Porsche UK my money before, but Covid struck. I was delighted to rebook the day and recently spent a Bank Holiday Monday over there. I had to book it three months in advance, as I wanted to drive both the Boxster and the 911. So, in mid- March, I was on the phone to Porsche Silverstone, with my wife, working out what dates suited best.

Getting over was an event in itself, but I arrived Monday morning to a decent breakfast. After the usual document signing (I didn’t have to cover the cost of a crashed Porsche, which surprised me) and driver briefing, we ventured to the track.

I had my own instructor for the morning and we chatted about lots of stuff. He explained about the right line to take, about aiming for different markers on the corners, how to hold the steering wheel in position and keep things as smooth as possible.

Swapping over to the 911 was a move into a different league. Now, the Boxster is a fine car, but the 911 – especially with the Porsche double-clutch gearbox – was a revelation. It had much more power, and to hear the engine and gearbox belch down through the gears as I dropped into a tight left-hander was pure music. The 911 felt in the right gear all of the time.

Of course, there are all sorts of magical buttons and dials and settings to play with the electronics, from normal, to sport, to super sport, or even individual. The magic the electronics can do was revealed on the ‘low-friction surfaces’, where the instructor did his best to teach me to ‘drift’ (in a car worth €170,000 in Ireland). We also took it through its paces in a series of corners, again on low-friction surfaces, simply to “get the tail out”. The best was the ‘ice hill’, which was a sheet of plastic over 100 metres long with two lines of water sprinklers, and he said, “drive up that”. With all electronics on, it was fine. Not fast, but it would do it. With electronics off, the fun began. Fish-tailing and drifting were unavoidable.

Porsche also had a ‘kick plate’. Again, a low-friction surface with a metal plate on the entrance, which would push the rear of the car out as you drove over it. The speed limit here was 30kph and it was amazing how much control I lost with rising speeds over this. Again, this was about speed of ref lexes to opposite lock the car and drive it to safety (yes, on a wet low-friction surface).

Acceleration tests were there to demonstrate the speed of the car, followed by emergency braking. The seat belts wind back at full deceleration, so he knew I was at max brake force.

Overall, I had approximately 140-to-150 minutes in the car for about £700. Any track day is expensive, but to be able to drive the living daylights out of two cars with a combined value of about €260,000 to me was great fun and relatively good value.

Drawbacks? We were not driving on what we all know and love as the proper Silverstone circuit, but the smaller Porsche-owned circuit, and hence I could only get the cars to a max of about 80mph. And it could get just a little crowded at times, slowing me down. Yet I’d readily do it again.

But the next venture abroad will either be to the Bill Gwynne rally school in Wales, or track driving in Zandvoort, Holland.