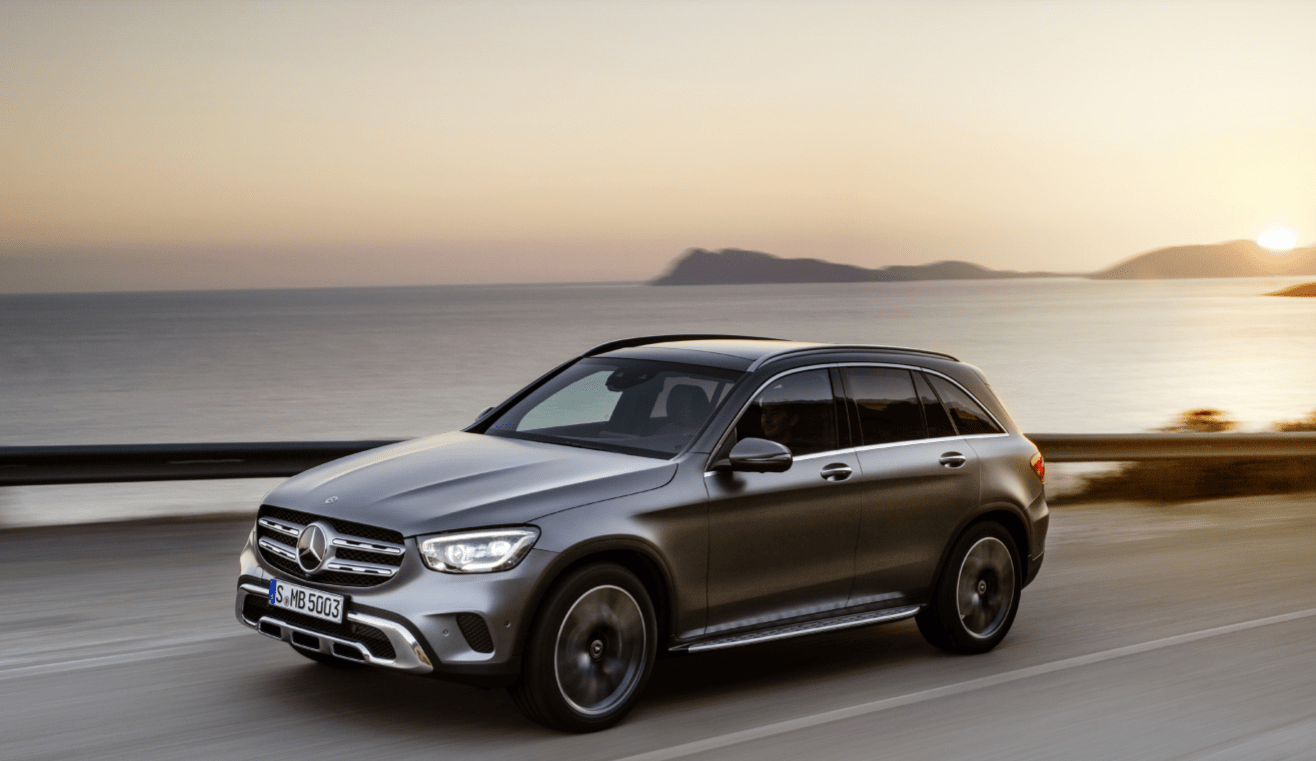 Since the beginning of the hybrid revolution, I’ve been asked many times about a diesel version and here we are with the first I’ve tested, the MercedesBenz GLC 300 de 4MATIC. Could this be the holy grail for Irish car buyers, searing for a diesel, crossover, hybrid? The plug-in hybrid GLC has been available on the continent for some time, but is relatively new to Irish shores, having only arrived within the past year. On offer in Ireland are both a PHEV petrol and diesel model, and I’m going to bet my hat on the vast majority of Irish buyers opting for the diesel version.

My test car had a two-litre four-cylinder diesel engine, backed up by a 122hp electric motor claiming combined fuel consumption figures of 1.8-2.0 l/100km and CO2 figures of 49g/km. The engine felt nice and powerful to drive, while also being refined. It didn’t have that rough diesel feel that can be so irritating to live with; in fact, it’s very smooth on the motorway, thanks in part to its nine-speed automatic transmission, which also effortlessly glides between hybrid and diesel power.

The combined power output of 194hp brings the GLC from 0-100kmh in a very respectable 6.2 seconds, which is right in the sweet spot for merging onto MERCEDES-BENZ’S DIESEL HYBRID SOLUTION the motorway like a competent motorist.

Inside the GLC you will find the expected, refined, Mercedes feel, with all of the leathers and plastics having a premium look and touch. It’s a comfortable space to spend time, wrapped in a cocoon of ARTICO leather in black-anthracite. The infotainment system is Apple- and Android-equipped, which means you don’t have to spend much time dealing with the Mercedes infotainment system. However, you still might have to deal with the touchpad mouse setup, which isn’t my favourite solution. Believe it or not, I actually like it less than Mazda’s infotainment system.

Other than that, it’s a pretty good car and one that I feel will sell well. Despite the heavy battery in the back, the GLC doesn’t feel like a behemoth and its 4MATIC all-wheel drive system means that this hybrid will be able to get through any future beastly snowstorms we may be faced with. You can also charge it at home in around two hours 30 minutes if you have a 7kW wall box. The GLC kicks off at €62,300, which is right in the sweet spot for premium crossovers. Irish people love Mercs, diesels, crossovers, and hybrids, so I feel these GLCs will sell extremely well.

If you love a bit of the black stuff, but also want to save the world, then this diesel hybrid is for you.