Medicine through the arts 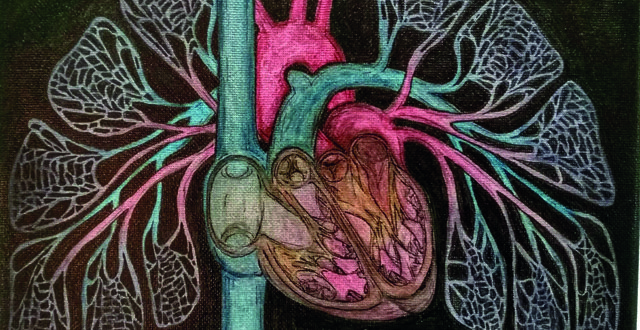 College is a busy and often hectic time for students — and medical students are no different to peers in this regard. But despite the pressure of college work the University College Cork (UCC) Medical Society has succeeded in holding an art exhibition at the prestigious Glucksman Art Gallery, Cork.

The Medicine Through the Arts Exhibition was recently held at the gallery from 20-27 February, highlighting an eclectic mix of art work by medical and dentistry students, among others.

Artwork was submitted by students as a celebration of the creativity in existence among the student body, Ms Sarah Cavallari, Chairperson of the UCC Medical Society, told the <strong><em>Medical Independent</em></strong> (<strong><em>MI</em></strong>).

She highlighted that creativity can be lost and certainly not fostered during stressful and busy times for medical students and doctors.

“As both a method of stress relief, and encouraging creative and innovative thinking, we really believe it is an important aspect to promote,” Ms Cavallari stated.

The art installation marks the first time such an event has ever been held by the medical society and aims to highlight the often neglected artistic talents within the student body.

Ms Cavallari noted that the society had principally reached out to medical students, but attracted interest from across the College community.

“There’s been quite a big uptake. We were quite surprised with the amount of submissions received, seeing as it is the first time it’s being run. We received a lot of interest from people in attending the event and UCC Medical School has been really supportive of it.”

Initially, the society aimed to focus the exhibition on art related to medicine, but when several submissions were received featuring artwork already done by students on a variety of topics a decision was taken to widen the focus.

A wonderful array of paintings, drawings, photography, music (songs and instrumental pieces) and dance submissions were received by the society.

Two students submitted a song about being medical students, which they specifically wrote for the event.

An awards ceremony was held on the launch night. The judges, Glucksman Curator of Education, Ms Sarah McAuliffe, Dr Con Murphy and Prof Seamus O’Mahony, were on hand to examine the artwork.