The mysteriousness (or nebulousness) of dietary research 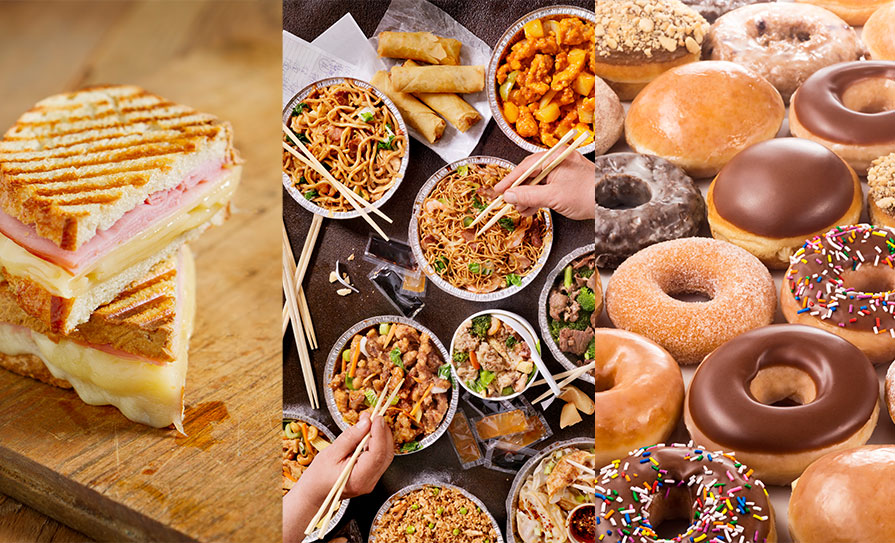 Research into diet is a mysterious business because, amidst all the analysis and all the scientific rigour, human nature has a tendency to screw things up.

Participants in such studies are inclined to tell researchers what they want to hear and their compliance with whatever eating and drinking regimen they are supposed to embrace for the duration will always be patchy.

So, maybe nebulous is a better word than mysterious. After all, you can’t lock people up and control what they do, can you?

Well, it depends. Dr Kevin D Hall of the NIH Clinical Centre in Bethesda, Maryland, told a recent BBC Radio 4 programme that he must be one of the few scientists who has ever set out to prove himself wrong.

He believed that there’s no practical difference between an ultra-processed food (UPF) diet and an unprocessed one that contains identical nutrients and calories. How could there be? Energy in, energy out, right?

However, he acknowledged that there is a general feeling that UPF diets cause weight gain and so he set out, in a sense, to prove himself wrong.

The weight-stable participants in his trial checked in to the NIH Clinical Centre Hospital for a month and were divided into two groups: One would eat a UPF diet for two weeks, the other an unprocessed diet for the same period. And then the diets would be switched for the remaining fortnight.

Obviously, the groups’ weights were carefully monitored and every morsel of food was accounted for. At the end, he told Dr Xand van Tulleken on A Thorough Examination (which you can catch on BBC Sounds), it was clear that the UPF diet was associated with weight gain, while the unprocessed diet correlated with some weight loss. (The trial is fully reported in Cell Metabolism: Cell Metab. 2019 Jul 2;30(1):226. doi: 10.1016/j.cmet.2019.05.020).

But why? And this is where the clouds of mystery descend and speculation bubbles up without conclusion. One theory, based on studies in mice and in vitro suggest that emulsifying agents may play a role (Current Gastroenterology Reports: Curr Gastroenterol Rep. 2019 Dec 2;21(11):61. doi: 10.1007/ s11894-019-0723-4). As we all remember, emulsification is the process of dispersing one liquid in a second immiscible liquid, by applying electrostatic, or hydrophobic, or hydrogen bonding interactions between the bioactive compounds and an encapsulating material. Or perhaps we don’t. I certainly didn’t, but I tend to think of making mayonnaise which is, perhaps, more helpful.

There’s evidence that emulsifying agents alter the gut microbiota and may contribute to inflammation and metabolic syndrome. But there’s no proof, as yet, that they cause weight gain.

Another theory – and while it’s plausible it is just a theory – is that UPFs are both moreish (I’m thinking somewhat enviously of the spicy Doritos that Xand’s brother Chris was eating during A Thorough Examination) and inclined to make you hungry. The idea is that you will eat more UPFs than unprocessed or minimally processed foods.

There is a very middle-class, finger-wagging judgementalism to the notion that people who eat lots of UPFs are just ignorant and careless about their health and that this is what makes them obese. Clearly, that will not be true for everyone.

One study in 2015 found that 57 per cent of the calories in the typical US diet came from UPFs and one can’t help imagining that it’s more by now. Closer to home, Prof Christopher Millett, NIHR Professor of Public Health at Imperial College London, said last year: “Our findings show that an exceptionally high proportion of [British children’s] diet is made up of ultra-processed foods, with ‘one-in-five’ children consuming 78 per cent of their calories from ultra-processed foods.

Is there any reason to believe that this grim situation isn’t replicated here in Ireland?

Dr Hall’s study suggesting the link between UPFs and weight gain appeared a month before an Irish scientist wrote in a national newspaper that there was not a shred of evidence that food processing was to blame for weight gain.

All over the world, a great deal of research into nutrition and health is funded by the food industry and the food industry is heavily invested in UPFs. Whether or not this contributes to a virtuous or a vicious circle is beyond my ability to judge, but it is something that sticks at the back of my mind.

Meanwhile, I’ll be reaching for the butter, not the dairy spread, the organic sourdough, not the sliced pan, the full-fat milk, not potato “milk” and a grass-fed Irish steak in preference to Quorn. But I’ll have an occasional packet of crisps and if I find myself in the presence of a spicy Dorito or two, I might just give in, dextrose and disodium inosinate notwithstanding.

It’s debatable if wine can be highly processed these days. Most of it is fairly natural, although there are numerous ways in which it can be manipulated. There are even some rather sweet red wines that are flavoured with chocolate; I’d argue that these are not wines, but some kind of cocktail or alcopop. Some are just very heavy in residual sugar, with a few of the big New World brands weighing in at the better part of 20g/litre. Many supermarket wines will hover around 5g-8g/ litre, but Aldi’s lovely Limoux Chardonnay, which I mentioned here a few issues ago, I now find is a mere 1g/litre.

Most Pinot Grigios these days have lots of sugar and a rather tentative relationship with the grape, being designed for bland neutrality. Rizzardi Pinot Grigio (€11.95, O’Brien’s) is a charming exception, dry with lovely freshness and proper varietal character (I always get a touch of grapefruit zest). It’s from a single estate owned by the Contessa Guerrieri-Rizzardi, now retired, who went to school with the Ursuline Nuns in Waterford and still speaks fondly of the urbs intacta.