The art of artichokes 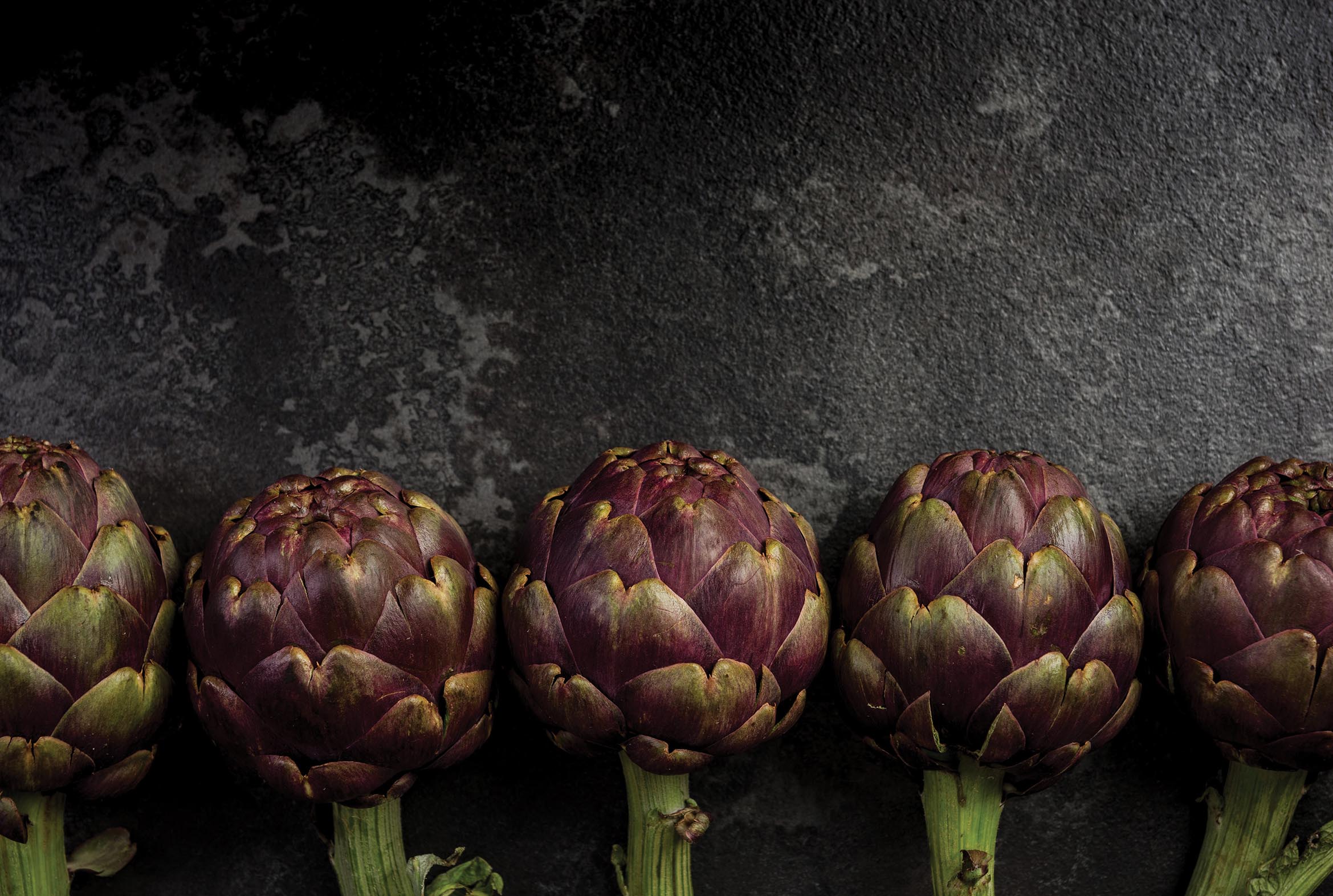 Artichokes have an august reputation, despite their digestive after-effects

braved the elements last weekend to give the artichokes a good mulch of well-rotted manure in time for the spring that is so far proving elusive. I’m hoping this tender care will result in a bumper crop as it’s one of our favourite vegetables. Not only do they taste delicious, they are rich in inulin, a fructo-oligosaccharide no less, that feeds the good guys in the gut flora (and promotes a degree of flatulence, of course).

When we lived in one of Dublin’s leafier suburbs we had globe artichokes growing just inside our cast-iron Victorian railings. The plants were remarkably prolific and produced dozens of big, fleshy flower-heads, which we picked before they opened. Steamed, or boiled, we fell upon them gladly armed with ramekins of melted butter.

Our first crop was reduced somewhat by having four of the heads nicked by some nocturnal pedestrian with gastronomic tendencies. And when we told a rather snobbish friend about this we were told “oh, that’s the sign of a very good residential area…”.

Well, oddly enough, and despite the fact that growing artichokes is one of the easiest things anyone can do (essentially: Plant, wait, eat), they do have rather a posh reputation. According to one early 19th century book, the Scottish upper classes thought it impertinent if the lower orders cultivated the artichoke. And, of course, it has always been part of what you might loosely call “country house cuisine” (and we’re not talking dormer bungalows here, more of a Georgian with wings).

Perhaps this is because the eating of globe artichokes involves a certain knack of the kind that is handed down in families like silver and Roman noses. Essentially, you pull off the scales and eat the fleshy morsel at the base of each. When all these are gone, you scoop out the choke, or bristly bit, to reveal the heart or, as the French say, fond. This is the best bit. Melted butter or vinaigrette is used for dipping.

I once overheard a woman in a rather smart restaurant complaining that her artichoke (parboiled, I think, then split and finished on the char-grill), was “tough”. The waiter’s response was diplomatic beyond the call of duty. My own view is that you shouldn’t complain about stuff which you have not eaten before; how do you know it’s not meant to be like that?

Globe artichokes (Cynara scolymus, to be precise) are very easily grown if you can persuade someone to let you have a side shoot with a bit of root. You just plant it, ideally in fairly fertile soil, and it looks after itself. They seem to thrive in any kind of soil; some of mine are still producing prolifically having not had a feed of anything for years.

You see them occasionally in garden centres (more, I think, as a stylish and striking plant rather than a vegetable) but growing from seed offers the most fun if you have the room to run a trial.

This is because a packet of globe artichoke seed will produce several dozen plants, each unique. You can grow a selection and then choose the ones you most like; in most cases, these will be the ones that produce the fleshiest heads. Alternatively, you may think that life is too short.

Some strains of artichoke produce flower heads which, when very young and immature, can be sliced very thinly and eaten raw with a drizzle of olive oil and a squeeze of lemon. In the past, this way with artichokes was thought to have aphrodisiac qualities. One of the Elizabethan herbals claimed that raw artichokes “engender noughtie humours”, which must have attracted considerable interest. These heads can also be steamed and eaten whole, which is one of an artichoke lover’s concepts of nirvana. But generally speaking, globe artichokes are stringy, fibrous, and bristly things only a few parts of which are edible.

There is an easier artichoke which, despite the name and a virtually identical flavour, is not related. This is the Jerusalem artichoke, Helianthus tuberosus, a kind of sunflower. It has nothing to do with Jerusalem, the name being a corruption of ‘girasole’, the Italian for sunflower.

Like the globe version, once of you plant one of these knobbly tubers, you will have them forever. They grow like weeds but, unlike globe artichokes, they provide inulin through the depths of winter. They are potent in this respect and it’s not for nothing that they are called ‘fartichokes’.

The best variety, to my mind, is one called Fuseau that is relatively – and I really do stress relatively – smooth. Jerusalem artichokes’ tendency to knobbliness, and therefore waste, is legendary.

The best way to cook them is to peel and slice thickly, then put them in a covered pan with olive oil, garlic, some rosemary and a small splash of water. Put them on the heat and shake the pan every minute or so until they are tender. This, I am told, is called “stoving”. They also roast quite well, under a joint, and can become delightfully caramelised.

Both kinds of artichoke destroy wine (with the arguable exception of Bandol Rosé, but that’s another day’s work); however, if you add lemon, juice or zest, they seem to take less exception to the stuff. Indeed lemony artichokes with a dry fino sherry, like Tio Pepe, is a very pleasing combination: Two flavours that are unfamiliar to most normal human beings, indeed.

€19.95, O’Brien’s Reduced from €33.95 for the month of March, this is too good to miss. It has oodles of strawberry fruit with a generous seasoning of vanilla-scented oak and lovely structure and length. Modern in style, with deep colour and a certain plumpness to the fruit. For me, this is a rare beef red and it could even laugh in the face of horseradish if you were so inclined.