Dublin Hospitals Football Club –the dawn of a new era 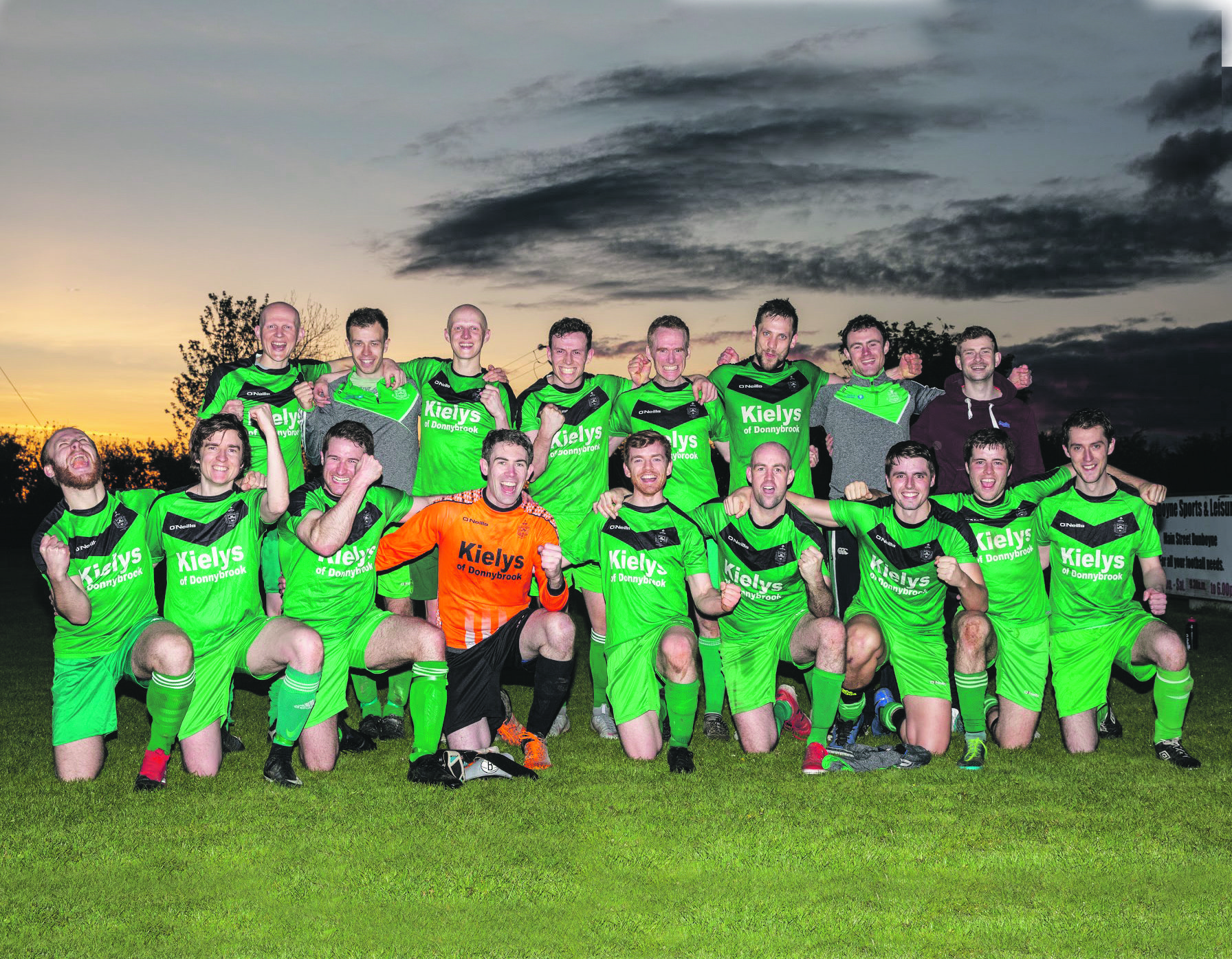 For 20 years, St Vincent’s Hospital FC has led the way in providing medics across Dublin with the opportunity to play competitive football. From humble beginnings in the UCD Super League, the club now counts 286 members to have pulled on the green jersey in the Leinster Senior League (LSL).

A common misconception has been that players must be currently and directly associated with St Vincent’s Hospital; in fact, the team is packed with doctors from all the Dublin hospitals and many GP practices. At times players have come from far beyond the borders of Leinster. Many doctors share a long distance relationship with the club, making cross country trips to kit out for their team.

Finishing on a high

Over the years, the highs have vastly overshadowed the lows on the pitch. The past two seasons have both culminated in epic and ultimately successful relegation battles. These highs and lows perfectly epitomise the very reason why so many doctors have turned out for St Vincent’s over the years. Thankfully dedication, commitment, and resilience reap rewards, and today, the club finds itself competing at the highest level in its existence.

Following a couple of lean years in the Leinster Senior League, 2017-2018 marked a change in fortunes, largely through the recruitment of a number of key players coinciding with promising club members coming into their prime. Stalwarts Andy Delany, Tommy Fitzgerald, and Paddy O’Connor, who had been with the club from day one, through thick and thin, led the way.

They combined with key players coming into their own including Fionn Nally, Darren McMahon, Peter Kelly, and Aidan McGrath. That season culminated in the club winning its first ever LSL title as well as the overall Fair Play award, a testament to the discipline and respect expected at the club. They say success breeds success and the 2017-2018 season truly
was the catalyst for the progress that we see on and off the field today.

The 2017-2018 management team of Sean Keane and Kieran Keane provided drive under the watchful eye of club founder John Seery, whose contribution to St Vincent’s FC and the wider medical football community cannot be understated. Dr Seery’s vision of a medical football club ultimately led to the expansion of one of the oldest soccer competitions in the country, the Hospitals Cup, and the Irish entry into the International Medical World Cup. Most importantly, it allowed the growth of a community, connecting doctors, health professionals, and medical students nationwide.

To mark the vicennial anniversary, St Vincent’s Hospital FC will evolve into Dublin Hospitals FC, the new face of hospital football in Dublin. Through sponsorship and fundraising Dublin Hospitals move to the next level in terms of training facilities and equipment to reach standards befitting of the history and tradition of the club. The transition has allowed for an increase in participation and one would expect this to increase further as word is spread amongst doctors throughout Leinster.

Progress to a bright future

Dublin Hospitals FC will enter the LSL in the Saturday Major division, picking up where St Vincent’s had left off. A steady climb of the amateur football ladder has plateaued at this level and one of the expectations is that the club can push through this barrier.

Dublin Hospitals FC will call Pearse Park its home for the season, the modern 3G surface is a far cry from the November mud baths of Bushy Park on Sunday mornings. Although there will be many fond memories of the old fortress, including celebrating St Vincent’s first LSL title in the summer of 2018, the new ground will allow the team to focus on an exciting brand of football.

One of the major challenges to running a medical football club in a non-medical league, is that of player availability. This is something that St Vincent’s managers have been well accustomed to over the years. Juggling on call commitments means flexibility is required for player roles, positions and team tactics. Keeping one step ahead of the modern trends, this has worked to the club’s benefit, cultivating a squad rotation system that promotes versatility.

The club encountered huge success with the 4-3-3 formation instigated by Sean Keane during his tenure as manager. This has since evolved to fit the available players. Ultimately, the experience of operating in several systems will benefit the team, but none of it would be possible without the remarkable commitment levels shown by the players.

Sticking together whilst remaining apart

Covid-19 restrictions remain in place for football clubs outside the elite and so the start date for the new season remains unconfirmed. This will be a new challenge for the LSL board members and there have been quiet whispering of a switch to a summer league, starting in springtime, rather than the traditional August to May course. The expectation is that competitive games can safely recommence at government level 2 or level 1 restrictions.

The past few months have prevented amateur clubs from operating in the usual way, this has seen Dublin Hospitals employ a number of novel ways of maintaining fitness levels and camaraderie amongst players. Paradoxically, despite keeping players apart and training on hold, the national lockdowns have promoted a sense of togetherness in the squad.

Communication lines have remained open and activities have included individual training challenges over the past few months. Whilst physically and mentally preparing players for the season ahead, it will also contribute towards team bonding and cohesion on the field.

Fresh recruits and a second season in charge

John Cosgrove and Rory Durand will lead the club management for a second season, having successfully navigated a treacherous road to safety in the Saturday Major division in the 2019-2020 season. An influx of top clubs from the struggling Athletic Union League saw the division become more competitive than ever before and it was a real challenge for the doctors to maintain Saturday Major status.

This was achieved with a typically late and dramatic run of victories as the season drew to a close. The window of opportunity for recruitment has been limited like many things; however, a number of new signings at the tail end of last season puts the team in a strong position going into 2021. The combative Ciaran Judge has been welcomed back to the club having returned to Dublin from Cork and the addition of Ian Daly, signed from Lucan, will add energy to midfield.

Luke Harrington has returned from a year in Australia and will return to the fold whilst working in Tallaght Hospital. Only time will tell how Dublin Hospitals FC will fare in the ultra competitive LSL and it would be wonderful to mark the inaugural season with a fresh addition to the trophy cabinet.

Realistically, the primary goal for the season will be to solidify Dublin Hospitals FC status in the current division and keep one eye on the race for promotion. The league has always been the priority; however, a strong showing in any of the three cup competitions may be the best opportunity for silverware.

New name, but the same

Regardless of the outcome in 2021, the Dublin Hospitals FC journey will be eventful. On the sidelines, continued engagement with medical students in Dublin as well as providing an invaluable social outlet for doctors will continue. Whilst the official club title will change, the St Vincent’s FC ethos will not. In the coming seasons we hope to see continued expansion and increasing participation within the medical community in Dublin while staying true to the principles that have allowed St Vincent’s FC to become the club that it is today.

PS. Dublin Hospitals FC hope that all our colleagues and friends within the medical community have a happy and successful 2021. We would like to thank our sponsors Medisec Ireland for their support over the last few months, which has allowed the club to expand and improve astronomically. We thank the Medical Independent for its excellent coverage of club events and we look forward to another successful year working together.