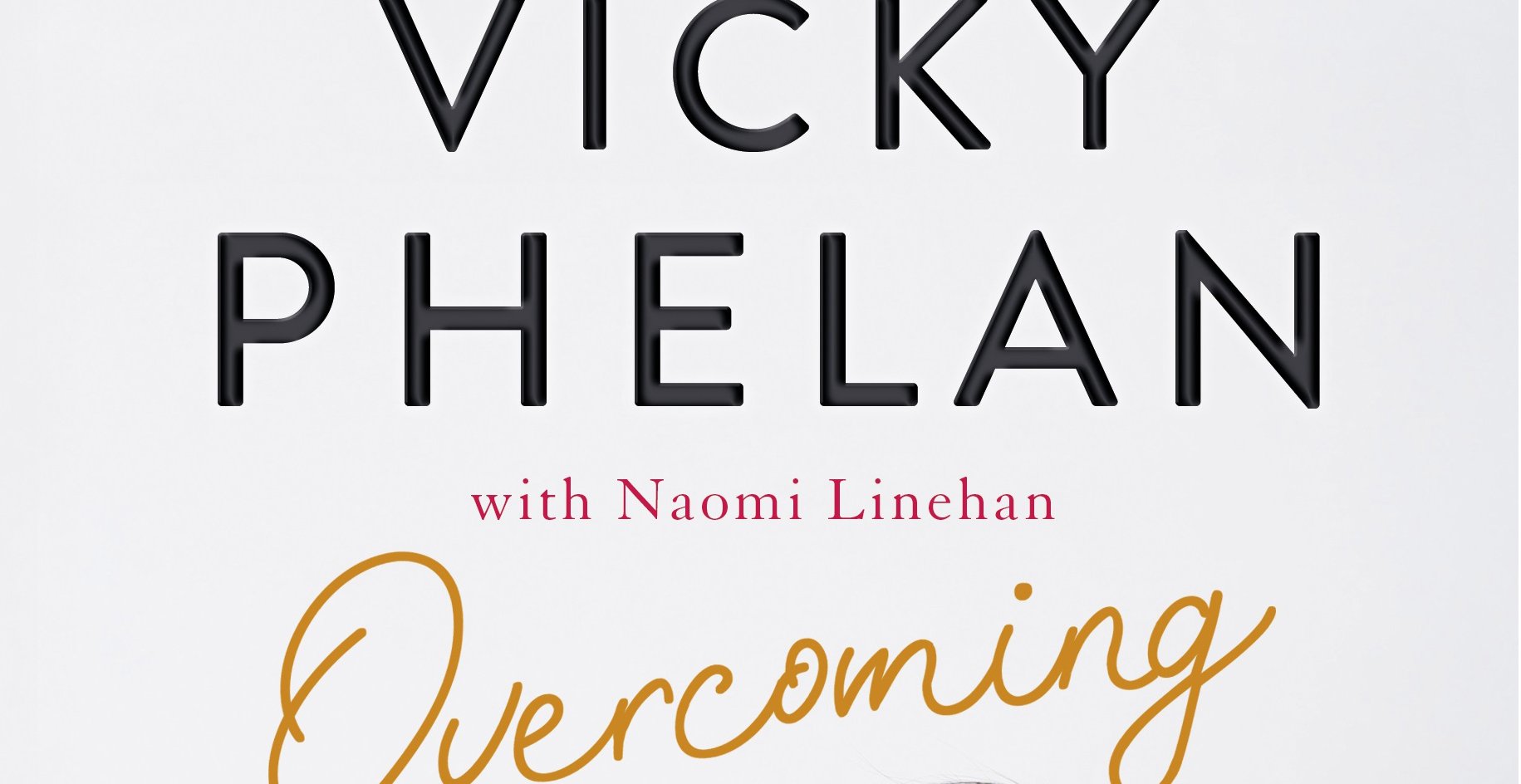 I thought I knew Vicky Phelan. When she burst into our lives last year, I could see she was articulate and smart. When Vicky spoke at a public meeting in Nenagh, I knew she was warm and funny. She had us in stitches, then we all queued up for a healing hug and selfies.

But as I read Overcoming, I discovered I don’t know Vicky Phelan at all. This young woman has suffered more than life should throw at one person.

She lost her first love in a horrific car crash. She nearly lost her first baby to toxoplasmosis and her daughter has been fighting for her eyesight ever since. Her daughter then was scarred in a devastating fire. She almost lost her home in the recession. Along the way, Vicky was diagnosed with cancer, then learned it was terminal.

In this very readable, but raw account, she describes how cancer treatment destroys your body on the inside and how so much trouble eats away at the heart and soul of a marriage.

But Vicky Phelan is also the girl from a council house, first of her family to go to university, who got a First Class Honours Degree from UL. As she says of herself, she was always good at research and furthermore “a stubborn bitch”. That’s what kept her going.

She was determined not to let her daughter go blind, determined to go through with her court case even though gravely ill at the time and determined to get the drug Pembro. And she was right. Her condition improved dramatically on the drug. Others, unfortunately, gained no benefit. One of the saddest parts of the book is the endless funerals of young women, dying from cancer.

Reading Vicky’s book brought me right back to last year. The confusion in the media as a complex medical story emerged. The overwhelming personal tragedies. In a rapidly unfolding story, journalists and politicians seemed to compete to be the most inaccurate.

The easiest bit to understand was that Vicky and others were not told the results of an audit, which was done AFTER the diagnosis of cancer. Somehow this morphed into a public belief that women were not told they had cancer and were being denied treatment. Such rubbish was even repeated in the Dáil, by senior politicians.

The result was a witch hunt: Doctors were the problem, mandatory open disclosure the solution. But that’s so weird. Vicky wasn’t told that a US lab had made a fatal mistake. Open disclosure can’t solve that; offering repeat smears was pure daft.

Doctors were silent. What do you say when a tidal wave of emotion and misinformation is engulfing the country? Screening saves lives. Don’t scare women from having a smear. Dr Scally said to continue the programme. Surely that means the missed cancers are false negatives? Very sad, but expected in screening.

I had a different reaction. I was electrified and could hardly sleep at night. Nonsensical analyses dominated the media, so I began to contact anyone who talked sense. I rang journalists, doctors, laboratory experts, politicians. I rang Cian O’Carroll (Vicky Phelan’s solicitor) and found him to be honourable and well-informed.

To me it was quite simple: Vicky Phelan was right. On the steps of the High Court, she pointed the finger of blame at former Minister for Health Mary Harney for sending Irish cervical smears to America. Later, she nearly refused a Doctorate from UL, because the former minister is Chancellor.

Yes, there are false negatives, but that’s not the whole story. Remember – Dr Scally also said CervicalCheck was doomed to fail.

Ten years ago, the CervicalCheck contract was given to a commercial lab in the US. A high quality service in Ireland was wiped out. GPs could no longer phone to discuss worrying results; consultants struggled to hold multi-disciplinary meetings on cancer patients. If they had, the problems might have emerged sooner.

There’s more. Before the contract was signed, there was concern about missed cancers. It was obvious the US companies would have to outsource to other labs, and they did. Some labs didn’t reject enough samples, a crucial safety step. Consider this: Minister Harney closed Irish cancer units saying everyone deserved a centre of excellence, but the Scally Report points to the Coombe Hospital laboratory as the centre of excellence, not America.

Where would we be without Vicky Phelan? Long life and happiness to her!