Valproate and the missing supports 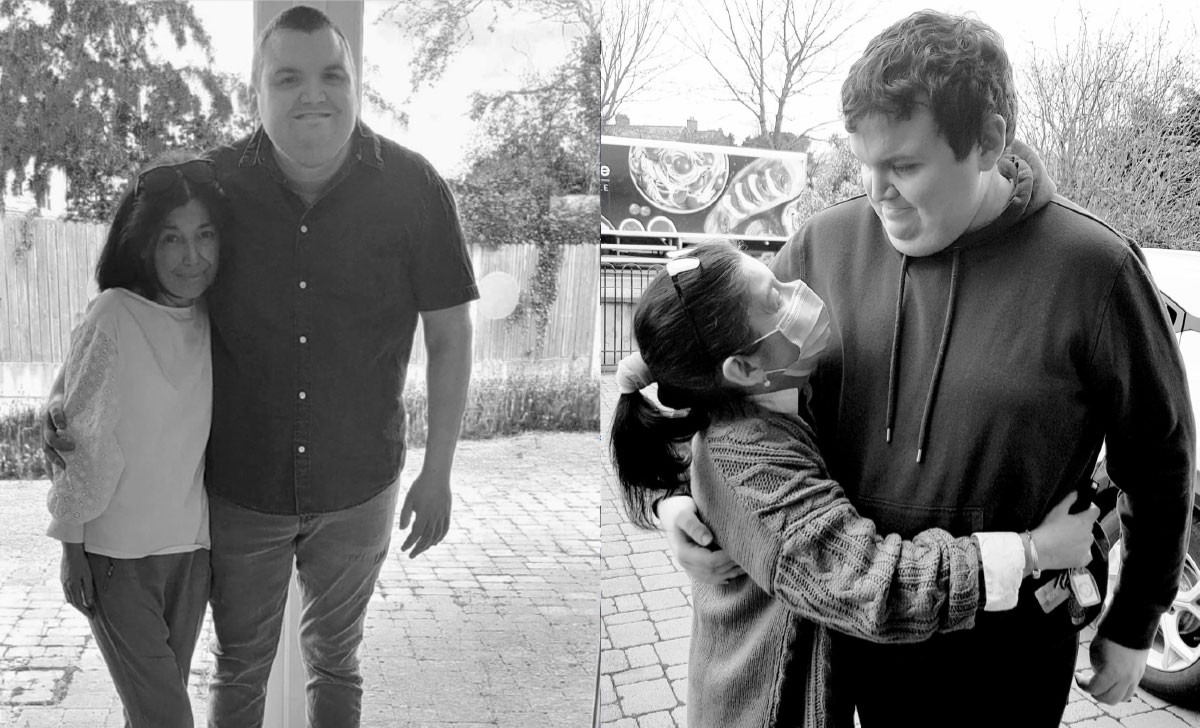 Deirdre* has two sons in their 20s diagnosed with foetal valproate syndrome (FVS), following exposure to sodium valproate in utero.

She was prescribed Epilim (sodium valproate) for treatment of epilepsy, but was never warned about the nature of its risks in pregnancy.

“I hadn’t drank; I hadn’t smoked, I followed all the appropriate behaviours while you are pregnant…. I wouldn’t have even considered taking those tablets if I knew they were going to do that to them,” Deirdre told the Medical Independent (MI).

While sodium valproate is generally safe and effective for seizure control, children exposed in utero are at high risk of serious developmental disorders (in approximately 30-40 per cent of cases) and congenital malformations (in approximately 10 per cent of cases). Patients should not discontinue valproate medicines without consulting their doctor.

When Epilim was licensed in Ireland for treatment of epilepsy in 1975, there was already evidence of its teratogenicity (from animal studies) while case reports of the drug being teratogenic in humans emerged from the early 1980s. The license was extended to include bipolar disorder in 2008.

Internationally, patient organisations have argued failures by governments, medicines regulators, manufacturers, and prescribers to ensure patients were made aware of the risks in line with accumulating evidence.

A visual warning about risks in pregnancy on the outer packaging of valproate medicines was only mandated under stipulations announced by the European Medicines Agency (EMA) in 2018. The Agency’s first meaningful risk reduction measures were not instigated until 2014, but it later conceded that even these were inadequate. Under the 2018 measures, valproate must not be prescribed in girls and women of childbearing potential unless the terms of a pregnancy prevention programme are followed (and, as per the 2014 measures, only if other treatments are ineffective or not tolerated).

Sanofi, the manufacturer of Epilim, has continued to deny liability in the face of legal action in France, where the government has opened a compensation scheme for families.

In Deirdre’s case, due to concerns about seizures, medical specialists increased her dosage of Epilim during her pregnancies. She noticed that her oldest child, now aged 26, appeared to have developmental issues by age three. He has since progressed well in his education, but his social skills are “quite poor”. She is unsure if he will ever be able to enter full-time employment. Her second oldest child, aged 23, has much higher support needs and will “need full-time care when my day comes”. Her sons only received the diagnosis of FVS in late 2021.

Deirdre, who is a lone parent, has one other child who does not have any disability. She had decided to discontinue her Epilim prescription prior to becoming pregnant 14 years ago, despite a specialist advising her that the risks from the drug were ‘low’.

In November 2020, Minister for Health Stephen Donnelly announced an inquiry into historical licensing and prescribing of the drug, but no timeline has yet been released. The announcement followed years of campaigning by Organisation for Anti-Convulsant Syndrome (OACS) Ireland, led by Chairperson Ms Karen Keely who has three adult sons with FVS, the oldest of whom – Harry – turned 35 on 11 May.

A HSE valproate response project was established in 2018, on foot of the EMA’s new safety measures. As part of the project, the HSE formed a subgroup to examine the community service and support requirements of people with FVS and their families. Its final draft report, dated July 2019, recommended medical cards for all individuals with FVS and “an agreed package of community care and supports” for each individual and their families. It said Community Healthcare Organisations (CHOs) should submit business cases to HSE National Community Operations for any additional support requirements.

At a conference in March 2019, attended by families and other stakeholders, subgroup Chair Mr Des O’Flynn, then a senior HSE primary care manager, discussed a potential ‘valproate passport’, indicating a streamlined mechanism for access to supports. This term was not included in the report, however.

A Freedom of Information request to the HSE did not identify any business cases held by National Community Operations for additional supports for families (it is understood a very small number have been developed). No national FVS co-ordinator officer has been appointed.

To-date, only 35 people have been diagnosed with FVS under the diagnostic pathway introduced in 2019 – a fraction of the HSE’s estimation of the number of people affected.

MI understands that, in some cases, the HSE sent nurses to families to establish a comprehensive list of their needs, but no supports were provided. OACS Ireland has been in discussion with the HSE Office of the Chief Clinical Officer Dr Colm Henry for over four years on the support package and other matters related to valproate.

In April, in a parliamentary response to Sinn Féin Deputy David Cullinane, Minister Donnelly stated that there was “no specific package of supports available”.

A HSE spokesperson told MI a business case would have been needed or suggested if the CHO did not have the required budget to provide the relevant healthcare support or equipment. Their absence “means that CHOs have been able to allocate supports within their budgets”.

The HSE said some elements of the “proposed supports”, such as a change in the medical card regulations, would require a policy decision.

Informed of the Department’s comments and asked why it did not seek funding, the HSE later added that it “fully acknowledges the challenges faced by families affected by FVS and that despite a lot of development within the health system, some of their needs can’t be met within the current arrangements”. There was “ongoing engagement” with the Department about funding requirements, “including components of the community pathway which are outside the scope of the HSE”.

OACS Ireland has expressed deep disappointment at the lack of HSE advocacy on the matter and is calling for it to implement the promised support package immediately.

OACS and Epilepsy Ireland, which have been working together on a number of valproate-related issues, are also in ongoing discussions with the Department on the inquiry’s terms of reference. Ms Keely said she hopes to see the process proceed swiftly.

The promise of a support package offered hope to families. Deirdre has met with a local liaison officer who is making ongoing efforts to secure access to services and supports. However, to-date, “we have received one service.”

“I have been advised by the geneticist [who provided FVS diagnoses] to have my children’s hearts checked every year, ophthalmology was to be checked, physiotherapy, occupational therapy, some psychology….” It is understood the needs of each family would vary.

Deirdre, who has advocated through OACS Ireland, is aware that other families are also not receiving services and some liaison officers “haven’t even been in touch”. She said the promise of a support package seemed to be a “ploy on the HSE’s behalf so people don’t make legal claims against them”.

“Mentally, it is very traumatic on people. Any of the parents I have spoken to, and I have met quite a few of them, they are very up and down.” Many are “quite poverty stricken” as the care and support needs of their family member/s means they cannot enter employment. Deirdre also referenced the well-publicised inadequacy of disability services and noted that parents are increasingly anxious for progress as they “are not getting any younger”.

“I would like to know that some sort of provision would be made for the boys long-term,” she said.

Deirdre said Minister Donnelly needs to urgently proceed with the inquiry so issues of liability and redress can be established.

There are also concerns about the effectiveness of current FVS prevention measures and the level of awareness among healthcare professionals about the scale of the risk. Two out of six advanced nurse practitioner posts are in place for the mandated pregnancy prevention programme. The Department is considering the HSE’s funding application for the outstanding posts (the HSE said in 2019 it had secured funding for all posts).

Green Party Deputy Patrick Costello, who has raised these issues in the Dáil, told MI: “We need a bespoke service for these very vulnerable, very complex needs families.” He also underlined the requirement for a stakeholder group to minimise the risk of future FVS cases, as advocated by OACS Ireland and Epilepsy Ireland (the Department said it is establishing this group).

“The families have been promised so much and I think we should be delivering on our promises,” he added.

Sinn Féin Deputy Pauline Tully, another advocate, said she has received phone calls from women prescribed the drug in pregnancy, who have children diagnosed with autism or developmental delay and are querying if they have FVS. She said the HSE must initiate an information campaign and provide the required supports.

Deputy Tully added: “There needs to be an inquiry team put together with a terms of reference and they need to be reaching out to the families affected and also looking into where fault lies; does it come down to drug manufacturers? Who is at fault?”