The rise and rise of STIs 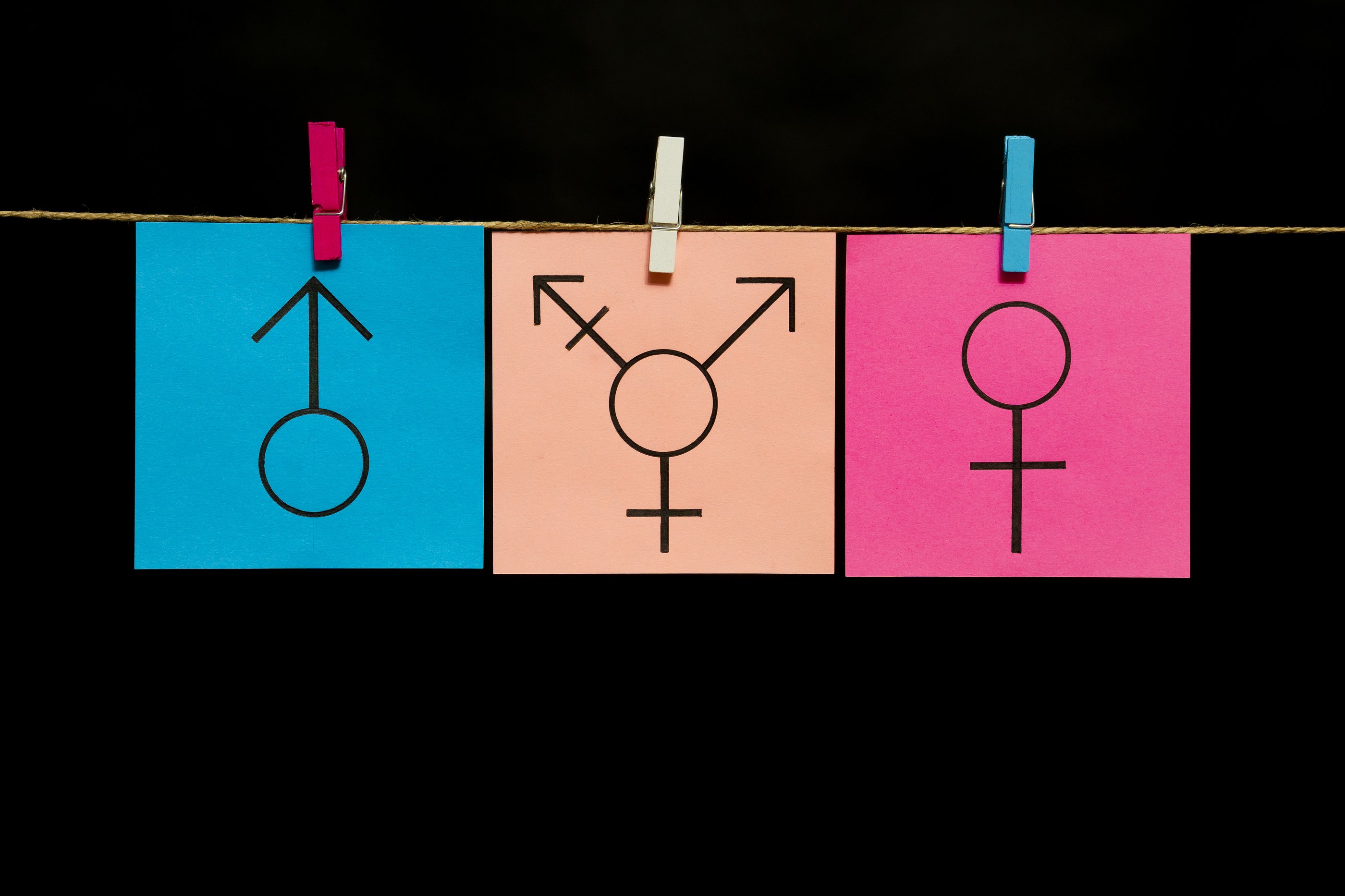 Data published by the Health Protection Surveillance Centre (HPSC) shows that sexually-transmitted infections (STIs) and HIV diagnoses are rising. In the first 28 weeks of 2019, there were 1,428 more cases of STIs and HIV reported than in the same period in 2018, according to recent provisional figures.

Every other STI listed by the HPSC has shown an increase on the same period last year. Reports of gonorrhoea, HIV and syphilis are up by 414, 11 and 169, respectively, during the first 28 weeks of 2019. Lymphogranuloma venereum is up by 10 cases for this period also. The greatest increase was in reported cases of chlamydia trachomatis infection, with 783 more cases reported in the first 28 weeks of 2019 (4,745) than in 2018 (3,962), according to the HPSC’s provisional data.

The increase in reported cases may not necessarily mean STIs and HIV are becoming more widespread, according to the HSE. A spokesperson said potential reasons for increases in the data include lack of knowledge about condom use, the increased availability of testing, and that “more sensitive diagnostic tests” are available. They said that improved availability of STI testing includes more public STI clinics providing nurse-led testing for patients without symptoms, and an additional weekly STI clinic in the Gay Men’s Health Service (GMHS) for men without symptoms.

The spokesperson also referred to home STI tests as a potential reason for increases in reported cases.

According to Dr Shirley McQuade, Medical Director at Dublin’s Well Woman Centre, the national HSE data only provides the number of positive notifications and not the number of negative tests. She told the Medical Independent (MI) the rates of positive STI tests are not changing in the Well Woman Clinic.

“We test about between 4,000-5,000 people a year for chlamydia and gonorrhoea, so I know how many are positive there; the prevalence rates are staying at about 4.5 per cent or so, so that’s staying the same regardless of the years,” she said.

However, in the female health clinic, Dr McQuade has noticed an increase in gonorrhoea and herpes cases, which she said come “in waves”. She said that gonorrhoea is becoming more common among the heterosexual female population, potentially through sexual activity with bisexual men. The spread of gonorrhoea is concerning because of the potential for the infection to be resistant to treatment.

Dr McQuade said diagnosing herpes is difficult and not part of a standard STI test. It can be spread or contracted without the knowledge of those who have it.

“We’ve seen people with herpes for many years but again, it does seem to gradually be increasing in the female population as well. Herpes is something that is difficult to guard against because it’s skin-to-skin contact, so even using condoms all the time  doesn’t protect fully against herpes.”

According to Dr McQuade, at-home STI kits can impact HSE data by leading to fewer STI diagnoses being included in national statistics, rather than more.

“Most of those packs are pretty accurate because they use the same kind of technology that the national virus reference lab uses, which is where we send all our tests to. So they’re using nucleic acid amplification tests in the main, and they’re very accurate tests.

“You can still get false-positives and false-negatives, but in general they’re pretty good.”

As a result of self-testing and potentially self-treating, Dr McQuade believes there may be more cases of STIs than are captured by the Computerised Infectious Disease Reporting (CIDR) system.

“There might be some people out there who are getting these tests online and then maybe getting treatment online as well, and I’m not sure that they’re feeding into the national statistics. There might be more infections out there than are in the official stats.”

The increase in HIV rates is a pressing issue, particularly for men who have sex with men (MSM), according to Mr Andrew Leavitt of ACT UP Dublin, a group committed to ending Ireland’s HIV/AIDS crisis.

Mr Leavitt told MI that HIV rates in the gay community have seen a “dramatic increase” and “we didn’t see a sense of urgency in any of the formal response… within the State, and institutions like the HSE and the Government, and other NGOs working in that area.” Mr Leavitt believes the HSE figures on HIV rates are reliable and he sees them reflected among the gay community.

In 2014, the HPSC changed its HIV diagnosis criteria to make the surveillance system more sensitive. Prior to January 2015, across the country two HIV-positive samples as analysed by the National Virus Reference Laboratory were required in order to warrant a notification to the CIDR.

As of January 2015, only one positive sample was required for a CIDR notification in HSE East. This criteria applied to all HSE areas from January 2016 onward. As stated in the HPSC’s report evaluating 2014 and 2015 HIV surveillance data, this change increased the overall number of HIV notifications. However, the number of reported HIV diagnoses has generally continued to rise since then.

Earlier this year, Minister for Health Simon Harris said that a pre-exposure prophylaxis (PrEP) programme would be rolled-out in Ireland before the end of 2019. PrEP is one of the most effective ways of preventing the spread of HIV. It can be taken by populations at risk of contracting HIV and offers a high level of protection taken regularly.

Mr Leavitt believes that a PrEP programme in Ireland could reduce the rates of STIs in general, as well as HIV. He says that regular STI checks are an important feature of a PrEP programme.

“The PrEP programme is much more than just taking a daily pill; it involves seeing a doctor and getting a full STI screening every three months, which is much, much more than most people are getting screened now. Testing and treating is actually a really effective way on a population level to reduce new transmission.”

Dr Paddy Mallon, Director of the HIV Molecular Research Group at University College Dublin, believes that condom use in the country is currently not good enough.

Speaking to this newspaper, he described the rate of condom use in Ireland as “abysmal,” citing research that upwards of 60 per cent of people in the sexually-active general population are not consistently using condoms when having sex. Dr Mallon thinks that a PrEP programme could lead to a tapering of condom use, but “condom use at the moment is pretty poor and the rate of sexually-transmitted infections is pretty high, so I don’t know that we could make an already bad situation that much worse.

“What we should be doing is trying to introduce a PrEP programme that will result in more effective screening and treatment of sexually-transmitted infections,” he said. “And I think that will probably make a huge benefit, in addition to reducing the number in the HIV infections.”

Dr Mallon said a PrEP programme would assist with STI reduction. “Having a well-structured PrEP programme is actually good from a public health and sexual health perspective because it encourages people to get tested and get treated,” he said.

While he is happy with measures outlined in the National Sexual Health Strategy, he feels that greater investment is needed for it to work.

“We’re only really starting to see that investment coming through now in the form of the PrEP programme that’s being rolled-out by the Government later on this year… for all of the aspects of the sexual health strategy to be implemented, it’s going to require further work and further investment.”

Mr Leavitt agrees that the extent of condom use is currently not good enough. “Condoms are great — they’re very effective for preventing transmission when they’re used, but people generally don’t use them, for instance, for oral sex. So a lot of STI transmission is through oral sex or through [those] kind of activities before a condom is used.