The health effects of immigration policy in the US 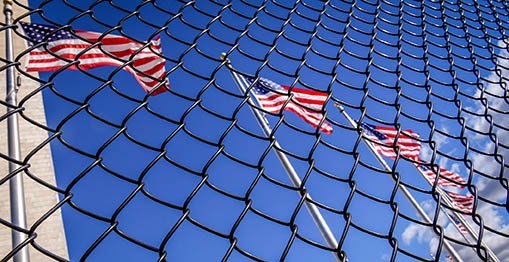 US doctors are concerned about fatalities among migrant children in detention centres and are demanding action by the government. Bette Browne reports

The flu-related deaths of at least three migrant children in US detention centres is heightening alarm among a growing number of doctors, some of whom want the centres closed down and replaced with more humane alternatives.

The children were aged two, six and 16 and died in Border Patrol custody during the year up to last September. They were among almost 70,000 children held in US government detention during 2019, many separated from their parents, under the Trump administration’s crackdown on those trying to illegally enter the country.

Doctors have pointed out that the three flu-related deaths in the centres is nine times the death rate among the general paediatric population.

The deaths of the children led the group Doctors for Camp Closure to offer to go to the centres to vaccinate other children at risk, but so far the government agencies have not responded to the offer.

Migrants diagnosed with the flu are either treated where they are detained or taken to a local hospital, according to the US Customs and Border Protection (CBP). Children who test positive for the flu are quarantined “as best as possible” to protect others in custody.

The doctors made the vaccination offer in a letter sent before Christmas to the chiefs of US Homeland Security and Health and Human Services, calling unsanitary detention conditions “cause for significant alarm”.

They said flu deaths are preventable and that large-scale vaccination is not unprecedented or insurmountable. “Our government has undertaken similar efforts in the past and has the resources to do so. Physicians who understand the dire need for vaccinations are ready to offer their own time, vaccine supplies, and expertise to ensure that more needless deaths do not occur. Yet they are turned away,” the letter said.

Dr Marie DeLuca, an emergency physician from New York, who helped co-found Doctors for Camp Closure, said many doctors and health professionals were “horrified” by the Trump administration’s immigration policies and their impact on vulnerable migrants.

“There’s such a visceral reaction of horror that I get,” Dr DeLuca told Newsweek. “In the emergency department, I have the tools to act and try to fix that, but as a physician in the US right now, it’s so hard to find those tools (to help migrant detainees) because of the policies that have been created.”

The group is also calling for the United States to move towards an “alternative to detention” (ATD) programme, which would allow asylum seekers to wait in the US outside of detention under the care of a sponsor while their immigration cases are being processed.

Concern among medical professionals was heightened further after the Centres for Disease Control and Prevention (CDC) also reported that in the period from September 2018 to August 2019 there were a total of 898 cases of mumps in adult migrants detained in 57 facilities across 19 US states.

“Mumps outbreaks are ongoing in 15 facilities in seven states, and new introductions into detention facilities through detainees who are transferred or exposed before being taken into custody continue to occur,” the CDC added. There have also been outbreaks of measles and chickenpox.

A total of 69,955 migrant children were held in custody by the US government during 2019, according to official figures. “That’s far more than all the other countries where we have reliable figures,” human rights lawyer Mr Manfred Nowak said in a UN study in November. “I would call it inhuman treatment for both the parents and the children,” he said.

The figure is up 42 per cent from 2018 when President Donald Trump launched what he called a “zero tolerance” policy to crack down on immigration. Indeed, when the President’s then Attorney General Jeff Sessions spelled out the policy in May 2018, he made clear it involved the separation of children from their families. “If you cross the border unlawfully … then we will prosecute you. If you smuggle an illegal alien across the border, then we’ll prosecute you. … If you’re smuggling a child, then we’re going to prosecute you and that child will be separated from you.”

Before the policy was put in place, adults were generally not directly referred for prosecution, but instead were allowed to submit an asylum application. Under the new policy, federal authorities proceeded to separate children from parents or guardians with whom they had entered the US. The adults were prosecuted and held in federal jails and the children were placed in detention centres under the supervision of the US Department of Health and Human Services.

But a judge halted the policy in June 2018 and Trump subsequently signed an executive order ending the practice. Since reversing itself on family separation, however, civil rights groups say the administration has tried other ways to stop asylum seekers, many of them Central American families.Thousands have been returned to Mexico to wait for immigration court hearings there instead of being released in the United States with notices to appear in court.

The administration has also separated 1,090 children since the judge ordered a halt to the practice except in limited circumstances, like threats to child safety or doubts about whether the adult is really the parent. The American Civil Liberties Union has accused the authorities of abusing their discretion by separating families over dubious allegations and minor infractions like traffic offences.

Dr DeLuca also described as “dangerous” the decision to keep people on the other side of the border. “Deportations are putting people back into dangerous situations. We’re physicians and we’ve seen what can happen with people when they deal with psychological stressors and physiological stressors like this, so we know the harm this is going to do and we know this has to end,” she said.

Doctors from California, New York, Boston, and Washington also felt compelled to come out on to the streets last year to demonstrate their support for better treatment of undocumented immigrants or to demand an end to the detention of migrants, especially children, citing their ATD programme.

They also took their concerns to the US Congress. In October, some 70 physicians and medical students met with congressional representatives in Washington to request an end to the detention of migrants and asylum seekers.

In September, the California Nurses Association organised a demonstration in support of Isabel Bueso, a 24-year-old Guatemalan with a rare genetic disease. Bueso came to California at the age of seven, invited by doctors eager to study her condition. She had received weekly life-saving treatments under a US humanitarian programme, but in August the Trump administration announced it was effectively ending the programme.

Subsequent lobbying in Congress, especially by concerned doctors and nurses, saw a reversal by the Trump administration with an announcement by the US Citizenship and Immigration Services that it would resume accepting applications to delay deportations for non-citizens and their families legally seeking medical treatment in the country.

In October, hundreds of doctors joined the Doctors for Camp Closure group and marched the few blocks from the Navy Plaza to the Trump International Washington Hotel, where two doctors read out the names, nationalities, and cause of death of over 30 detainees who had died since April 2018 in the custody of the Immigration and Customs Enforcement (ICE) or the CBP.

The American Academy of Paediatics (AAP) has also said children should not be subjected to CBP processing centres because conditions are inconsistent with AAP recommendations for appropriate care and treatment of children.

The Academy repeatedly called on the federal government last year to appoint an independent group of medical experts with full access to these facilities to ensure optimal care for children. “Instead of subjecting children to facilities that are inappropriate for them, the AAP recommends alternatives such as community-based case management.”

Detention of child migrants is not unique to the Trump administration. It happened too under both Presidents George W Bush and Barack Obama. However, separating children from their families was the exception during those years and usually only happened when the child’s safety was in question or the adult had a criminal conviction.

The recent UN report included a number of recommendations for governments to improve how they handle children in their custody, ranging from creating special legal and justice programmes for children to finding ways to avoid placing them in institutions. Above all, human rights lawyer Mr Nowak said, detention should be seen only as a last resort.

“Children should live, or grow up, in families — their own families, foster families, family-type settings,” Nowak said, “and not in institutions where they’re in fact deprived of liberty, where there’s strict discipline, there’s a lot of violence.”

Dr Sarah Kimball, a primary care physician and the Co-Director of the Immigrant and Refugee Health programme at the BMC, said:  “Every day in my clinic I see how the current political climate toward immigrants has dire health consequences. Our patients are really living with the effects of politics in their minds and in their bodies and that’s certainly something that we’ve seen ramped up in the last few years.”

Many healthcare professionals also oppose the presence of immigration enforcement officials at healthcare facilities because, they say, it can lead immigrants to skip appointments or avoid making them in the first place. Healthcare facilities are recognised by the US ICE as “sensitive locations”, which means the agency generally avoids making arrests on such sites. But there are no laws that actually prevent the agency from making such arrests.