The battle against climate change 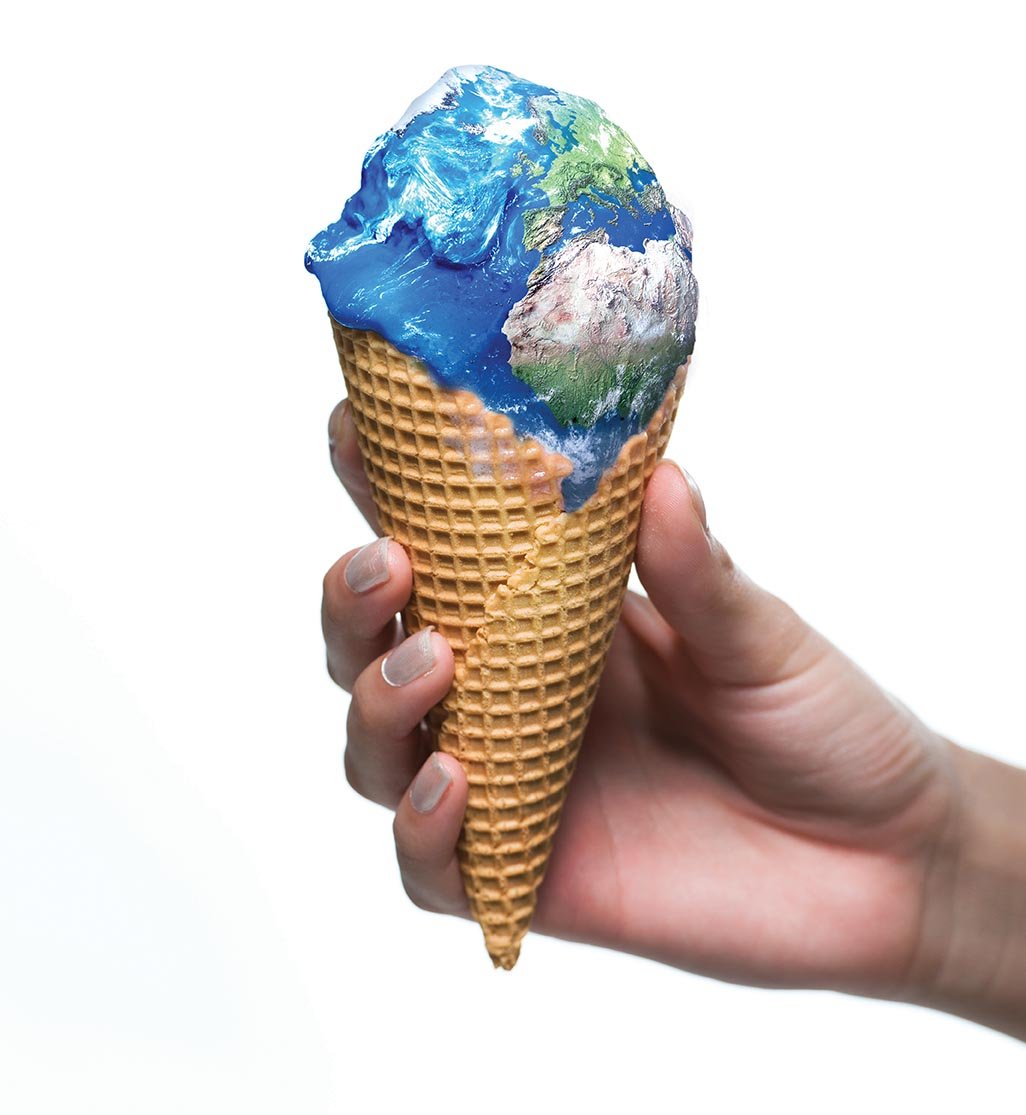 A medical student recently asked me why we in public health medicine consider climate change to be a public health matter. Chances are that other people wonder about this too. The answer is that many of the factors which affect health lie outside of the health service, including physical environment and working conditions.

Climate change is already having a significant impact on our physical environments globally and locally and is likely to have an increasing impact on the other determinants of health, such as income and employment. In the Organisation’s submission on the Climate Change Adaption Plan for the Health Sector, the IMO highlighted how the health sector needs to become more resilient to potential weather changes such as increased temperatures, rising sea level, periods of heavy rainfall and drought, and other severe weather events, such as heatwaves, cold snaps, and storms.

Over 450,000 people in Ireland have asthma, the fourth highest prevalence in the world and there are more than half-a-million people with chronic obstructive pulmonary disease (COPD). Many of these individuals are already vulnerable to environmental triggers, such as air pollution, and will become more so as increased temperatures and droughts will result in more air pollution due to wildfires and smog.

Rising temperatures are already lengthening the pollen season, which may trigger increased levels of asthma attacks. Moulds related to flooding and damp conditions associated with heavy rainfall may cause additional respiratory tract irritation and allergic attacks.

People with cardiovascular disease are also vulnerable to air pollution especially through increased ozone and particulate matter and to heat stress. Elderly people, and those with severe lung and heart diseases, are much more vulnerable to heat stress and this was most tragically demonstrated in the 2003 heatwave, which caused about 15,000 deaths in France alone and 70,000 across Europe.

Air quality is also increasingly recognised as a very important health matter in Ireland. The European Environment Agency estimates that in Ireland, every year, over a thousand people die prematurely because of air pollution. A recent Environmental Protection Agency report has found that air quality in Dublin is poorer than previously estimated and Ireland has the third highest emissions of greenhouse gas in the EU.

Ireland has the highest rates of Verotoxigenic e.coli (serious diarrhoeal disease with 10 per cent of children affected hospitalised with kidney failure) in Europe. The cause of this infection in Ireland is mainly cattle waste and about a tenth of the population drink untreated water from private wells, which are very vulnerable to contamination. Climate change could bring a combination of higher temperatures with heavy rainfall, which is likely to increase the chance of survival of these potentially fatal organisms in this environment.

Vector borne diseases (illnesses that are transmitted by insects and bugs) are likely to increase as increased temperature makes Ireland a more habitable spot for vector mosquitos for malaria, dengue, and chikungunya to thrive.

Another big risk may be increased UV exposure during warmer weather, increasing risks of skin cancers. People who work outdoors may be particularly at risk.

Healthcare and other essential systems in Ireland are designed for ‘normal’ temperate weather conditions and may struggle during severe weather events. During these events, which we may expect to see occur with greater frequency, disruptions of services such as transport links, power, and communication networks can negatively impact the health sector. We only need to recall the devastating impact that Storm Ophelia and Storm Emma had in the last two years. Vulnerable patients were cut off from accessing vital healthcare needs by hurricane force winds, flooding, and unprecedented levels of snowfall. Healthcare staff were forced to sleep in hospitals in order to treat their patients. Just this year the emergency department in a top Dublin hospital was closed due to flooding. Patients need to be able to access health services, healthcare workers need to be able to access workplaces and ambulances need to be able to get to sick patients. Severe weather events can make all of this very difficult.

Cancellations to keep everyone safe such as in Storm Ophelia and Storm Emma can result in delayed urgent care. When this happens in an already overstretched system, the ability of the system to react, can and will be, compromised.

So what can we do?

Adaptation planning is now required under Irish and EU legislation and is occurring across many Government departments, including the Department of Health. The planning process will raise awareness of Ireland’s risks and will provide a leadership framework for tackling our adaptation challenges.

The IMO made a submission on the Climate Change Adaptation Plan for the Health Sector and we can all have our say in the public consultation process for each department and for our local authorities who are also planning for adaptation.

Some of the most important things each of us can do to reduce climate change include using cleaner and more active modes of transport like walking and cycling, using public transport to cut down on single occupancy journeys, carpooling to schools and the workplace. This may also improve air quality and will encourage more physical activity.

Despite the variable quality of the Irish summer, we must also protect our skin from UV exposure, as unfortunately we have a high susceptibility to skin cancer. Make sure that you and your family members are protected by using a high factor sunscreen with other protective factors such as clothing and shade (see Ireland’s new Skin Cancer Prevention Plan).

Those with asthma and hay fever can check the air quality index for health and pollen count as relevant.

Although some may be more susceptible to climate change than others, we can work together to reduce our carbon footprint. We can cut out single use plastics, for example, by reusing our water bottles and coffee cups. Let us remind ourselves of ‘reduce, reuse and recycle’, including bringing reusable bags when you are going shopping, unplug devices when they are not in use and turn off lights when you leave the room.

Adapting to a changing environment also requires us to work together to build our resilience to climate change for our health and for our health service led by our national plans.

Every one of us can make a difference and the time to start is now.

The main recommendations made by the IMO to the public consultation for the new climate change plan are as follows:

Fully implement the recommendations contained in the Crowe Horwath Report to include the immediate awarding of consultant status and remuneration to public health specialists in line with their specialist training and experience, allowing them to work to the top of their licence.

The Crowe Horwath implementation process needs to ensure that consultants in public health medicine are empowered and facilitated to provide effective leadership in climate change adaptation, including maximising the prevention of avoidable illness through:

Development of an appropriate epidemiology system.

Monitoring of the effectiveness of planned actions.

Advocacy on health in all policies.

Prioritise the recruitment and retention of essential medical staff in anticipation of increasing healthcare demand. This means:

Immediately addressing the two-tier pay system that is contributing to the current crisis in consultant recruitment and retention; and Further investment in the development of general practice.