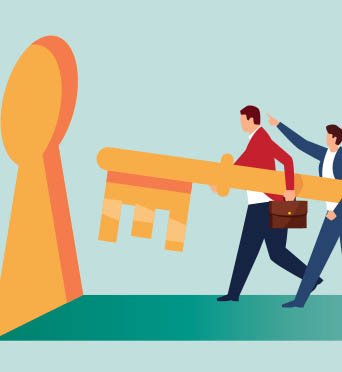 This year will witness a new round of negotiations between Government and the pharmaceutical industry on a deal regarding access to medicines. David Lynch reports on the issues involved

The spread of Covid-19 in the United States has laid bare the issue of access to medicine in that country in a stark way. US President Donald Trump has already been questioned by media about how the millions of uninsured US citizens will be able to afford and access a vaccine to the disease when it is produced sometime in the future.

His presidential rivals, including Senator Bernie Sanders, have said that any new vaccine should be made free and available to all.

Arguments and policy debates around access to medicine may be somewhat different in this country; however, the issues around the high cost of medication and the access to important drugs for patients is a live one here as well.

The agreement that governs the supply of drugs and pricing of medicine between the State and the pharmaceutical industry comes to a close soon and negotiations on a new deal are due to commence shortly.

“The four-year Framework Agreement on the Supply and Pricing of Medicines, signed in July 2016 between the Department of Health, the HSE, and the Irish Pharmaceutical Healthcare Association (IPHA), is due to expire in July 2020,” a Department of Health spokesperson told the Medical Independent (MI).

“Preparations are underway for the commencement of negotiations on a new framework agreement with industry prior to the expiration of the current agreement in July.”

This newspaper asked the Department who would be represented at these talks, what would be the Department’s aims in the talks, and whether biosimilars would be a significant part of any new agreement. However, the Department did not provide any replies to these queries.

A HSE spokesperson pointed MI towards the Department when we asked about the Executive’s hopes for the coming talks.

However, the HSE has already started to encourage the use of biosimilars.

Last month, HSE CEO Mr Paul Reid referred to the upcoming negotiations at the Health Summit in Croke Park, which was attended by MI.

“I’ve been challenged in the hallway a few times on this one,” Mr Reid told summit attendees, highlighting that the issue of access to medication was an important one for people in Croke Park that day.

“We spend €2.4 billion every year on drugs and new medicines, of our €17 billion budget,” said Mr Reid

“It’s a very significant spend of Government expenditure. There is an agreement that expires this year, with IPHA, the industry. And that will go through the negotiations. The challenge is, how to fund new drugs each year?

“The National Service Plan, for me, doesn’t have new funds for new drugs. What it does have for us is a challenge to make savings from the biosimilars, which are the cheaper branded drug, and generics.

“We really can make savings on that, to fund new drugs. So we have a very challenging target set across the system with a gain share system back for consultants and their [hospital] wards and their wings, by using biosimilars (see panel).

“This is to help us fund new drugs through the pipeline. It’s a very real issue, because we have a reasonable budget, but we have a limited budget, so we have to make savings in some way to help fund new drugs in the future.

“That’s factually where it’s at.”

While the Department did not provide much detail on what it expects from the upcoming talks, those representing industry in the forthcoming negotiations were a little more forthcoming when it comes to what it is seeking.

“The agreement is due to expire in July. Work is underway by the industry to prepare for a new agreement that has an explicit mechanism for allocating funding to new medicines, relying on both State and industry contributions,” an IPHA spokesperson told MI.

“We are eager to begin formal negotiations with the State as soon as possible as part of efforts to bring to an end the long wait for patients for many new medicines.”

Asked what its main goals were for the negotiations, IPHA said it was to “establish a sustainable co-funding model that makes Ireland as fast as other countries in Western Europe for access to new medicines.

“The agreement must work for patients, industry and the State — the ‘win-win-win’ deal.”

In terms of how any new agreement would be different to the previous four-year deal, IPHA noted that from its point of view, “it must get new medicines to patients faster, allow the State more control over what it spends, and raise standards of care in the health services”.

IPHA said it “wants a new agreement that works for everyone”.

On the vital issue of biosimilars, however, IPHA told MI it did not see this as the primary focus of any new agreement.

“They [biosimilars] are likely to be part of the conversation,” said the spokesperson. “But the primary focus will be on improving access to, and funding for, new innovative medicines that can raise standards of care.”

Doctors working in different specialties have their own ideas on what should be contained in a new agreement.

“One improvement would be to reduce the price paid by the State for medicines and bring them to the EU average,” Prof Joe Barry, Professor of Public Health Medicine at Trinity College Dublin, told MI.

“Another improvement would be to lessen the power of the Minister for Health to reject the advice of the Director of the National Centre for Pharmacoeconomics (NCPE) in relation to the use of very expensive medicines with limited positive outcomes.”

Access to medicine also impacts patient cohorts in different ways. Dublin GP Dr Austin O’Carroll told MI that for the homeless community, it is “prescription charge[s] which deters many of them obtaining their medicines”.

Dr Kieran Harkin is a Dublin GP and member of Access to Medicines Ireland (AMI). AMI was set to hold its fourth annual conference in the RCSI on Tuesday 7 April. At the time of going to press, the conference was still scheduled to take place, but Dr Harkin said the situation regarding Covid-19 would be monitored. According to the programme, the conference will see a panel of leading international experts, patient advocates and pharmaceutical industry representatives discuss the “current model of drug development and propose interventions and alternative models that place population health front and centre, while reducing the price of new medicines.”

“The pharmaceutical industry is a global industry; it has got information that is shared among themselves and that is withheld from the governments. So, we would say that the Government should support the Italian resolution on transparency. If they are going into negotiations, they need to say, ‘If you are going to charge us lots of money for a drug, we need to know, how do you justify it? Where does the cost come from? How much does the clinical trial actually cost? How much does production cost? How do you actually come to a charge of hundreds of thousands a year?’

“That’s probably the most important thing. It can be asked in the room, but it needs to be looked at before they actually go into negotiations. Transparency is the big thing. If not, it’s like a football match with half the players playing blindfolded.”

The Irish Government supported the Italian resolution on transparency on medicine pricing at last year’s World Health Assembly. Dr Harkin said that “has been partially implemented, [though] it needs to be followed up”.

Dr Harkin did praise the Irish Government’s role in the ‘Beneluxa Initiative on Pharmaceutical Policy’, where Ireland has teamed-up with Austria, Belgium, the Netherlands and Luxembourg to negotiate together in talks with the pharmaceutical industry.

“This has been a successful initiative which the Irish Government has taken part in, “ said Dr Harkin. “That needs to be beefed-up — it has had a number of successes so far.”

In terms of the upcoming talks, Dr Harkin said: “I do think biosimilars should have a bigger role. If you were to pin me down, I think with biosimilars, there is a very low uptake… there is a certain reluctance on behalf of clinicians to prescribe biosimilars and that is something that needs to be addressed… [we] need to find some way of overcoming the barrier of prescriber reluctance.”

Generally within the medical profession, Dr Harkins thinks “there is an increased awareness [about access issues]. You just have to look

that every month there is some new issue about a drug, [with] patients being extremely distressed because they cannot access a medicine because they are too expensive for the HSE to afford.

“I think there is an increasing awareness at Governmental level that the pharmaceutical industry have got too much power and something needs to be done to balance up the power relations, so you have some chance of negotiating a reasonable deal with the industry.”

Dr Harkin added that “one of the things I think that can be quite successful is price referencing for patent-expired drugs, but there is a delay in introducing it, and that is something that needs to be introduced.”

Medicines for Ireland (MFI) is the representative body for generic, biosimilar and value-added medicines in Ireland and it has particular interest in how the next agreement is arranged.

“In relation to the National Medicine Supply and Pricing Agreement, it is universally acknowledged that since 2013, the use of generic medicines and biosimilars provided by our members has delivered savings of €1.6 billion to the Irish State, and greater choice for healthcare professionals,” an MFI spokesperson told MI.

“There is further potential to save more and much-needed resources and the members of Medicines for Ireland will continue to work with Government on behalf of patients and their families to ensure a sustained supply for patients in Ireland.

“Working with Government, patients and health professionals, Medicines for Ireland looks forward to proposing proven solutions from across Europe to help deliver further value for the HSE whilst increasing patient access to all the everyday medicines our European cousins enjoy.”

In excess of 5,000 patients have commenced or have been switched to best-value biosimilar adalimumab or etanercept since the introduction of a new gain share system last year, the HSE has informed this newspaper.

The Executive said it was not in a position to provide figures for how much has been saved by the system, but did describe the savings as “substantial”.

“Due to the commercially confidential nature of some prices, the HSE is precluded from publicly setting out savings delivered to date but they are substantial,” the spokesperson told MI.

“The HSE continues to actively monitor progress and to encourage the maximal use of biosimilars. The HSE would expect that in excess of a cumulative total of 10,000 switches would be delivered by mid-2020 so as to assist the HSE in delivering essential services.”

In terms of how the system works for the doctors, the spokesperson said: “The gain share system involves the reinvestment of some of the cost reductions resulting from the use of biosimilars to support improvements or service enhancement projects within the specific specialities which have driven the change behaviour.

“The remainder of the cost reductions are used to underpin the delivery of essential HSE services.

“The application form is jointly signed by the hospital management and the clinical service. It is reviewed by the relevant clinical programme.

“Subject to completion of the above governance steps and subject to agreement to the use proposed, the gain share is released for the specified purpose.”

The spokesperson told this newspaper that the Executive had “no plans to change the operation of the gain share system”.