Search for a genetics and genomics strategy 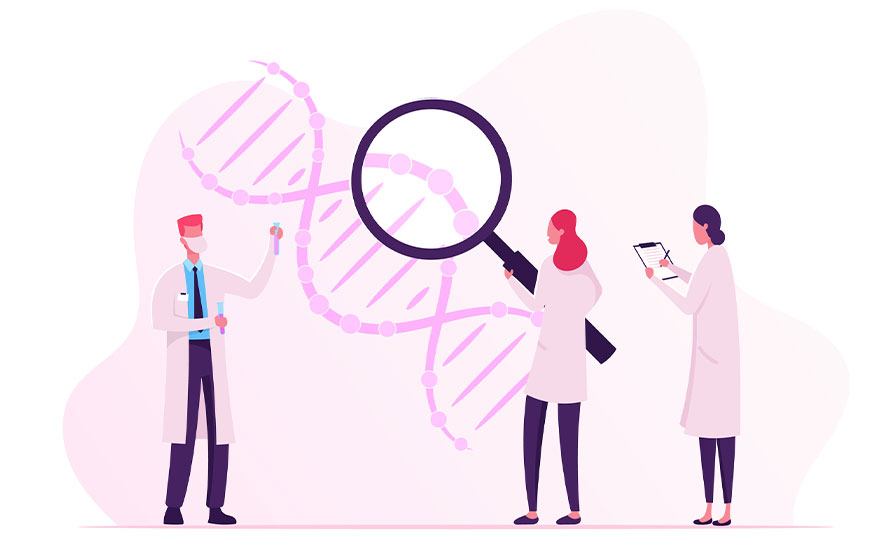 Following setbacks in recruitment and funding for genetics and genomics, the primary focus now is on the development of a national strategy. David Lynch reports.

Anational genetics and genomics strategy is due to be completed by the end of this year.

The current genetics and genomics landscape in Ireland was recently described by HSE Chief Clinical Officer (CCO) Dr Colm Henry as “considerably behind” other European countries, with patients waiting years for appointments and an inadequate testing infrastructure.

The Government and the HSE have emphasised the importance of the upcoming strategy to the development of a nationwide service.

In January 2020 various speakers at the Genomics Summit 2020, held in Dublin, highlighted the need for a Government-backed genomics strategy.

Genomics is the study of the body’s genes, their functions and their influence on the growth, development and working of the body. Genetic testing can be used to examine particular individual genes within the genome, and whether a person is carrying a specific inherited altered gene that causes a particular medical condition.

Genomics has “transformed” our understanding of disease and has the potential to “reshape” clinical practice, Minister for Health Stephen Donnelly told the Dáil in May. He added that increased use of genomics was aligned with “the aims of Sláintecare” as it provided a more personalised approach to healthcare.

The Minister said that Ireland was “well-placed” to utilise genomic data; however, many observers have noted the gaps in the service.

In March, while delivering a report on genetics and genomics infrastructure at a meeting of the HSE safety and quality committee, Dr Henry outlined a number of significant shortfalls.

Dr Henry told the committee that while there were “pockets of excellence”, Ireland lagged “considerably behind” other countries in harnessing the power of genomics data and research.

This situation was having a direct impact on patient care. According to meeting minutes, Dr Henry stated: “There is now a large and increasing disparity between services offered in Ireland and international best practice. As a result, very few Irish patients are benefitting from advances in genomics and the gap is widening.”

Dr Henry said that, compared to other European countries, medical genetics in Ireland was under-resourced for both clinical and laboratory services.

The average waiting time for a routine genetics appointment was two years and, due to the lack of a genomics infrastructure, “a significant volume of patient samples” were sent overseas for testing leading to increased costs.

He also told the meeting there was a shortage of trained genetics specialists, “substantial knowledge gaps” in the clinical workforce, and a lack of genetics/genomics literacy among healthcare professionals and the public.

The committee was told that appropriate governance structures, policies, procedures and protocols were “not in place and Ireland has no strategy or funding in place to develop a genomic service to improve health outcomes, drive down the cost of care and fuel scientific innovation and discovery”.

The need for a strategy has been highlighted by a number of reports and the Government has said it is committed to establishing a national genetics and genomics medicine network (NGGMN).

However, as reported in the previous edition of the Medical Independent (MI), two attempts at recruiting a Director for the NGGMN have failed.

Last year a “world-leading expert in genomics” declined the role, citing the lack of a strategy and multi-annual budget, and concerns over testing infrastructure.

“A multi-annual budget can be allocated based on business case development and having a strategy in place, and the absence of these was a contributing factor that led to the identified candidate’s decision to not leave their prominent position and relocate to Ireland to take up the role of director of the NGGMN at that time,” a HSE spokesperson told MI.

“It is also understood that the absence of a national testing infrastructure contributed to their decision.”

At its meeting in March, members of the HSE safety and quality committee underlined their disappointment upon hearing that the NGGMN Director position was still vacant.

That meeting also heard that a business case for genomics funding was submitted by the office of the CCO to the Department of Health in September 2021. However, funding under the subsequent HSE national service plan was not secured.

The HSE’s spokesperson told this newspaper that the CCO office’s proposal focused on making the case to plan and initiate a national genomics strategy. This was necessary in order to begin to develop the required infrastructure and IT capabilities, to initiate the recruitment and upskilling of human resources in line with the national strategy, to plan and commence reorganisation of laboratory capacity and services, and to commence a national genomics research project.

With these recent setbacks in recruitment and funding, the HSE safety and quality committee was told the “priority now” is to support the development of the strategy “with a single vision for the future of genetics and genomics”.

Work on the strategy began in May with the inaugural meeting of the HSE national genetics and genomics steering group.

The group is chaired by Dr Mark Bale, former genomics advisor to the UK Department of Health, supported by the HSE’s CCO. The group includes representatives from a range of clinical specialties in Ireland, academic and patient representatives and international experts in the area of genetics and genomics. This group will develop a strategy and an implementation plan. The HSE said the strategy will be published before the end of 2022.

On the announcement of the new steering group, Dr Henry said we “have known for some time that our services in Ireland need urgent investment and an expert-informed strategy, to ensure this service is developed according to best practice”.

“This new strategy will allow our health service to tackle these shortcomings and realise the benefit of genomic medicine for patients in Ireland.”

The HSE informed MI that alongside the steering group there were “four working groups comprised of members who represent the various interests and expertise areas with a stake in the outcome of this work”.

“The immediate goal of the national strategy,” according to the spokesperson, “will be to provide a framework for the creation of a permanent national structure to provide governance, ensure the required guidelines and policies are in place, and oversee the development of equitable patient- and family-centred services.”

The steering group is considering issues such as the shortage of trained genetic specialists, substantial knowledge gaps in the clinical workforce, and lack of genetics/genomics literacy among healthcare professionals and the public.

With the focus on the strategy, the search for the NGGMN Director seems to have taken a back seat for now.

“The development of a national strategy… is considered crucial to the recruitment of any leadership post with the appropriate level of expertise,” the Executive’s spokesperson told MI.

“The strategy will make recommendations relating to the establishment of a national structure and the roles required for that entity, taking into consideration unfilled posts already in receipt of funding and those that would require additional funding.

“The recruitment for all roles associated with the establishment of this national structure will be part of the implementation of the strategy and will commence, subject to funding, in 2023.”