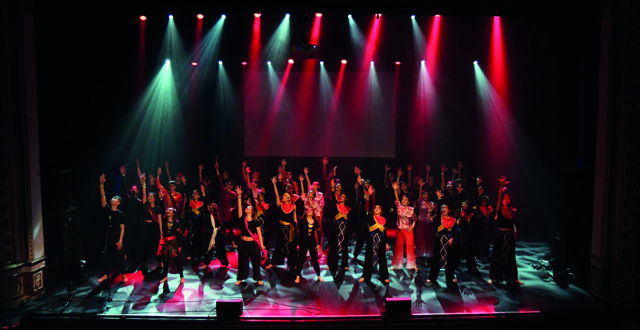 For students at the RCSI, March is known in as Cultural Diversity Month. This celebration of diversity involves a series of student-led events at the College, where over 60 nationalities are represented.

Our celebrations got underway on 9 March with international food night. This is one of the main highlights of the month, with students and staff enjoying gastronomic delights from all four corners of the world, while hearing the stories behind the origin of the food and how it is made.

This is a competitive event hosted by RCSI’s Gourmet Society, where different countries go head-to-head to compete for various awards based on their stalls and, most importantly, their food. I have fond memories of my brother and I destroying our kitchen before we won the award for ‘Best new main dish’ representing Palestine during my first year at the RCSI.

Our month also featured a fascinating debate, organised by the RCSI UNICEF and RCSI Model United Nations Society. The event, ‘Paving the road to peace’, involved a simulation of negotiating peace in a troubled region.

Guest speaker Dr Hisham Bismar, who is an orthopaedic surgeon who travels to Syria and other conflict zones on medical missions, addressed the audience via Skype. The event was a great way for students to learn more about sociopolitical issues, meet new people and practice speaking and collaboration skills, while representing their different countries and beliefs.

Later in the month, the RCSI’s own Irish Society held one of their biggest events of the year, ‘Irish Soc’s Paddy’s Pregame’. Just ahead of St Patrick’s Day, students enjoyed a night of tunes, food and craic in the Exam Hall.

Our Cultural Diversity Month also sees students host a cultural exhibition week, which involves students from different cultural backgrounds coming together to showcase what their respective cultures have to offer. This year, students from 16 different countries, from Syria to Kuwait, to Canada to Sri Lanka, showcased their culture, landscape, clothing, food and the history of their home countries.

In the spirit of the beautiful game, and it being the year of the World Cup, it only made sense to host a five-a-side World Cup competition during the month. This was one of the most exciting and competitive events of the year, with 18 different teams made up of students representing their home countries taking part. A semi-final of two teams representing Ireland, a team representing Kuwait and the last representing Oman battled it out for a coveted place in the final. The eventual winners were competition underdogs, ‘The Old Schools’, representing Ireland.

The undisputed highlight of Cultural Diversity Month at the RCSI is International Night, which this year was held on 24 March in the Olympia Theatre. More than 300 people gathered for a celebration of cultural diversity through music and dance. This is the grand finale of our month of celebration and it really reflects the energy of the cultural diversity at RCSI and how much students here enjoy learning about each other’s cultural heritage.

The winners on the night, who picked up the coveted Parnell Keeling Trophy, was PMCSA (Penang Medical College Students Association), who stunned the audience with their performance, which was an amazing spectacle of colour, sound and dance.

Delivering the month’s entertainment and festivities is all in the hands of the students. Each of the events celebrates the beautiful diversity the RCSI is fortunate to have. The month sees students from all over the world working in partnership to help our fellow students learn about each other’s culture and heritage. For me, it is the most exciting month of the year at RCSI.