Raising the bar for dementia research 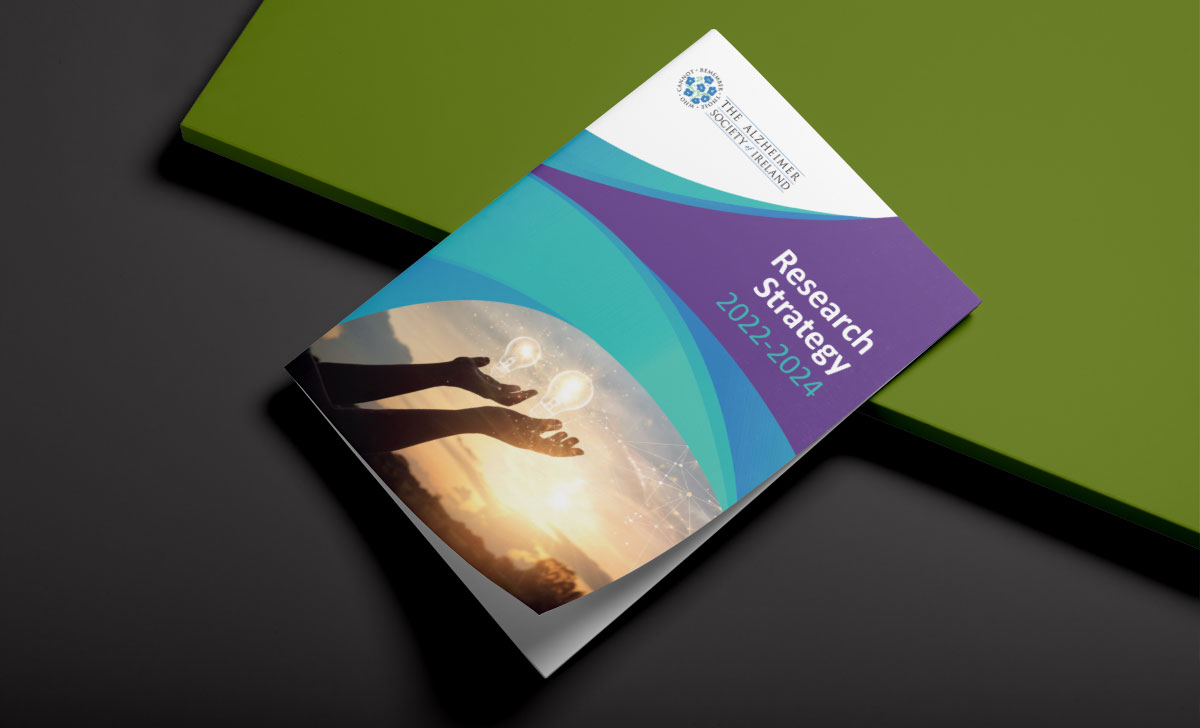 Dementia has been described as the most significant health condition globally for which there are no definitive treatments.

By 2050, some 153 million people worldwide are expected to be living with dementia – a rise from 57 million in 2019, largely due to population growth and population ageing. The estimates were published in The Lancet Public Health in January.

Against this backdrop, the need for more research on interventions and ultimately to identify and develop disease-modifying treatments, has never been more pressing.

Last month, The Alzheimer Society of Ireland (ASI) launched its Research Strategy 2022-2024. It has come at a time of cautious optimism about potential advancements that could lead to effective disease-modifying treatments. For example, a recent research article in Proceedings of the National Academy of Sciences, co-authored by University College Dublin scientist Prof David O’Connell, reported on the identification of a candidate protein that binds to oligomers (which play a key role in progression of Alzheimer’s disease) and reduces the rate of plaque proliferation. Separately, in the US, while the FDA’s licensing in 2021 of aducanumab for treatment of Alzheimer’s disease has been hugely controversial (due to concerns about clinical benefit and side-effects) the saga has also underlined the urgent need for effective disease-modifying treatments.

In 2021, the Health Research Board awarded funding to Dementia Trials Ireland (DTI), which aims to significantly increase Ireland’s capacity and capability to deliver dementia-related trials. Currently, less than 0.5 per cent of people with dementia participate in research in Ireland.

Dr Laura O’Philbin (PhD), ASI Interim Research and Policy Manager, told the Medical Independent that the ASI is a collaborator on the DTI project, “which is incredibly exciting.”

She said it was a “landmark funding decision” and the aim is to triple the number of clinical trials available to patients by 2026, though enhancing national infrastructure.

Dr O’Philbin considered that the Covid-19 pandemic has illustrated “the power of research” due to the rapid development of vaccines by harnessing knowledge and skills around the world.

“I think that has given people a huge amount of hope in terms of research and the power of research.”

In Ireland there is currently no ringfenced State funding for dementia-specific research. “That is something we are advocating for,” stated Dr O’Philbin. “When you consider the impact of the disease, the funding [required] does not match up with the amount of funding that it is given.”

The ASI’s research strategy sets out the priorities, objectives and actions that will guide the Society’s research activities over the next two years. Its development involved almost 300 consultations with ASI staff, volunteers, people with dementia, family carers/supporters, and the research and clinical communities.

“When we went out and spoke to people, so many people want to know what is happening in research; they want to understand what is going on,” said Dr O’Philbin. “So that communication and dissemination piece is really important – being able to go and translate evidence for people.”

She said when developments on dementia are reported in the media, people with dementia and their families may seek information from their dementia advisor, homecare coordinator, or support group facilitator, for example.

“So it is really important that we, as the research team, can support our colleagues to be able to give that information back to people.”

The strategy also commits to developing and supporting quality dementia research that is in line with the ASI’s mission and values. This will include identifying additional research funding streams and collaboration with academic partners to provide non-financial support for “innovative research across a diverse range of research areas informed by our communities and research prioritisation work”.

Dr O’Philbin noted: “We can see how we have incredible talent here in Ireland; we have an incredibly altruistic population who are really happy to take part in research and want to give back. What we want to do is support the research community to continue producing high-quality work.”

Team Up for Dementia Research

The continued development of the Team Up for Dementia Research platform is another action in the strategy. It is a service where people living with dementia and their families/supporters can register their interest in participating in dementia research. The initiative, which was created in collaboration with The Dementia Research Network Ireland, connects people with researchers who are conducting studies in dementia prevention, diagnosis, treatment, care, and cure.

Dr O’Philbin said there were approximately 165 people enrolled in the initiative, which was officially launched in 2021 and “is growing more rapidly now”.

Participants have been linked to research investigating the future needs of older LGTBQI+ people and their care partners in relation to dementia care service delivery, as an example.

While there is no curative treatment for dementia, there is substantial evidence on the risk factors contributing to a sizable proportion of the disease burden. Early risk factors include hearing loss, high blood pressure, diabetes, smoking, and depression. Is this evidence translating into policy and practice?

Dr O’Philbin said the Society has delivered a briefing to the all-party Oireachtas group on dementia and has ongoing contact with the group. The briefing highlighted the need for sufficient resources to fund prevention measures and other interventions. The organisation has noted a commitment in the HSE National Service Plan 2022 to facilitate the recruitment of a project manager in brain health.

The ASI itself is largely dedicated to service provision with a “very small” proportion of its funding going towards research activity. “We are looking at how we can increase our capacity to fund research. Because it is an urgent need within Ireland,” outlined Dr O’Philbin.

She concluded: “It is an ambitious strategy, but one we can deliver, and it was the result of almost 300 consultations. It is those people I am most grateful to and it is their strategy as much as ours.”