Overtime payments for NCHDs under attack 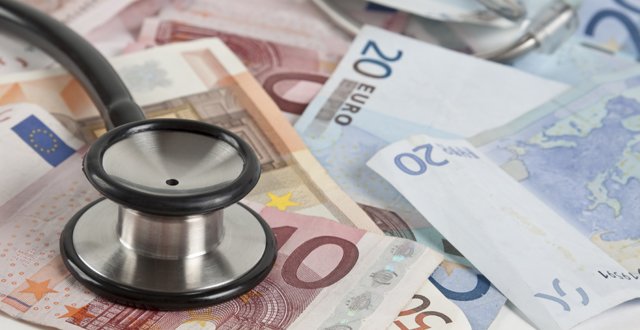 Hospital services have been stretched to breaking point with the latest overcrowding crisis. As the number of patients on trolleys continued to rise, doctors, nurses and other staff are being pushed to the limit and, as usual, many are having to work beyond their allotted hours to keep the system functioning.

However, it emerged earlier this month that a large Dublin hospital had informed NCHDs that overtime would not be paid. The IMO expressed shock at reports that Connolly Hospital in Blanchardstown had told interns that they would not be paid for any overtime done after the week ending 6 January, with more senior grades of NCHDs receiving similar instructions. The memo to all consultants and interns in the hospital stated that interns would not be paid for work done before 8am or after 5pm.

Dr Paddy Hillery, Chair of the IMO NCHD Committee, said that the move was “inexplicable” and called on the HSE for clarification.

“Patient care must be the priority and whilst management may be counting the wage bill, doctors caring for patients should not be forced to ‘down tools’ as the clock strikes 5pm. This is the real world on a busy hospital ward when interns and other NCHDs are routinely expected to complete whatever tasks they are doing, whether their formal hours are ending or not.  And of course, if that requires them to stay working longer, they must be paid for that work. NCHDs should not be disadvantaged in terms of pay if they are required to work to deliver essential patient care. The reason we have overtime is because we need to provide care for patients and we do not have enough doctors in the system to deliver that care.”

Continuing, he added that “consultants operate within teams and they should not be coerced by hospital management to reduce those teams on the basis of saving overtime — clinical decisions are made at any time of the day and do not stop at 5pm — there is a patient care issue here.  Nor can consultants or NCHDs, who are already working in a difficult environment, be asked to spend more time on filling out forms and explanations for overtime — such decisions are made on the basis of clinical need and patient demand. ”

As the IMO and NCHDs expressed their anger online across social media, the Executive quickly moved to diffuse the situation.

On Twitter, HSE National HR Director Ms Rosarii Mannion stated that no staff member would be asked to work overtime without pay, and said the Executive had agreed to meet with the IMO on the matter. “All hours worked will be paid as per contract. There are other general ‘housekeeping’ issues which must be addressed. We are in discussion with a senior medic who is passionate on this,” she tweeted.

At the meeting, the IMO said it received a commitment from Ms Mannion that all hours worked by NCHDs will be paid for in line with the 2010 NCHD contract. A clarifying memo from Connolly Hospital was to be issued and in respect of University Hospital Limerick (UHL), which has had long-running issues with payment of NCHD overtime, the issue is to be resolved in line with contract provisions.

Further agreement was reached on a monthly IMO/HSE meeting to identify and address NCHD contractual issues and other working arrangements.

Speaking to the <strong><em>Medical Independent</em></strong> after the meeting, Mr Anthony Owens, IMO Director of Industrial Relations, Consultants and NCHDs, did not rule out industrial action in the future over the issue. He said NCHDs in UHL have consistently been denied payment for unrostered overtime hours worked, in breach of the 2010 contract.

“The IMO raised this with HSE National HR and have been assured that payment will be made by 25 January,” Mr Owens said. “This has become an annual issue and the IMO will decide its next steps depending on the actions of the management regime. Among the options under consideration are a ballot for, and an actual, industrial action. This can be averted if NCHDs are fully and appropriately remunerated in line with the terms of the contract.”

Dr Hillery welcomed the progress made, but added that the HSE must ensure that all hospital managers adhere to the terms of the nationally agreed contracts. “For too long NCHDs have been exploited at hospital level and the IMO have had to step in to ensure they get paid their basic contractual entitlements. In the case of Limerick, NCHDs have had to undertake industrial action in the past just to get paid their overtime, yet the practice continues. This is totally unacceptable; national agreements must mean what they say.”

Dr Hillery added that given the recruitment and retention crisis in the health services, “the increasing number of NCHDs who leave Ireland to work in systems abroad where they are valued and treated with respect should be a matter of grave concern to the HSE. We hope that the new engagement process between the IMO and HSE will ensure that blatant attempts to breach contracts become a thing of the past. NCHDs want to spend their time caring for patients, not filling out forms or chasing up HR departments to get paid their salary entitlements.”