Destroying the old taboos — getting patients active in tackling OAB 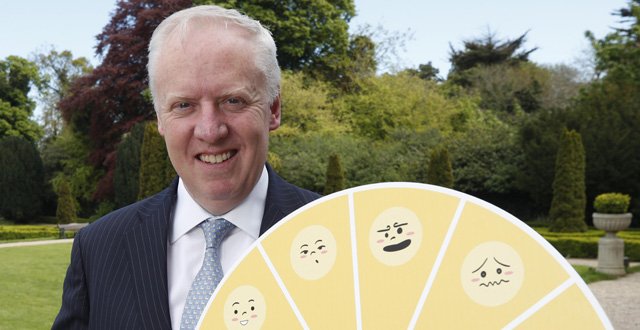 Stigma is an obstacle that is often discussed in relation to the provision of psychiatric services. But there are many other health problems that people are embarrassed to talk about aside from depression and other mental health issues.

One of these is urinary incontinence. According to Consultant Obstetrician and Gynaecologist Prof Barry O’Reilly, urinary incontinence is still a subject of embarrassment, despite affecting huge numbers of people, particularly women. Regarding overactive bladder (OAB), it is estimated that up to 350,000 people in Ireland are suffering from the condition. One-in-two women are also believed to suffer to varying degrees from stress incontinence, which happens when physical movement or activity puts pressure on the bladder, causing unintentional leakage.

To raise understanding of the issue, Prof O’Reilly, who is based in Cork University Maternity Hospital, took part in a recent awareness campaign as part of World Continence Week to encourage women aged 45 and over with bladder issues to seek help and support by consulting their GP. He said that although there is still stigma surrounding OAB and stress incontinence, progress has been made since he returned to work in the Irish health service from Australia in 2014.

“In my 14 years here, now I think myself and my colleagues around the country have done an awful lot with the Continence Foundation of Ireland,” Prof O’Reilly told the <strong><em>Medical Independent</em></strong>.

“We have had annual meetings. We have done quite a lot of media work to raise awareness. And certainly anecdotally, I feel in Cork women are talking more freely about it, whereas previously they might not have talked to their friends about it. Now I see patients who say ‘oh, my friend told me she had an issue, she came to you and she is better now’, and ‘we were talking over coffee’, or ‘we were talking at work and I said I had this issue with urgency and running to the loo when exercising and all my friends said they had the same thing’, so it is becoming something more spoken about and that has to be a good thing.”

One problem that Prof O’Reilly identified on his return to Ireland was a lack of investment in the area. There was also a lack of co-ordination within the health service when it came to dealing with patients suffering from urinary incontinence. Australia, in contrast, had a continence federation, which benefited from considerable government support.

“For example, one of the various programmes that came through while I was there was Ageing with Dignity, which encouraged a whole campaign around the population getting older and how to grow old with grace,” Prof O’Reilly said.

“These were all government-supported exercises. They had a 24-hour continence helpline, so there was a helpline that was there which women could ring up and discuss their issues with a continence advisor or a physiotherapist appointed by the government. They had lots of dietary advice on their website, lots of information leaflets available. They certainly funded an annual conference, they brought together all the different disciplines involved in continence care — the physiotherapists, the nurses, the doctors, both primary care and the specialist doctors. They were responsible for a lot of things that went on.”

Prof O’Reilly based the Continence Foundation of Ireland (CFI), of which he was a founding member, on this model. To address the lack of financing and structure of services, a plan was developed.

“We actually managed to secure Department of Health/HSE funding to put together a strategy document, and we put together a very fine document, called <em>A Continence Strategy for Ireland</em>,” Prof O’Reilly said.

“It was a 10-year plan on how we could develop and improve things in this country. Mary Harney was the Minister for Health at the time so we sent it to her, but unfortunately, it never got any further.”

Prof O’Reilly said the plan looked at all the different prevalence figures from around the world and how they applied to Ireland.

“We  talked about how to put infrastructures in place — a kind of hub-and-spoke model — between the tertiary centre hospitals and primary care and nursing care,” according to Prof O’Reilly.

“So I was trying to streamline all those services that would allow ready access to tertiary care if required, but also to try and look after tertiary care in the community. It wasn’t simply about looking at women with overactive bladder; it was also looking at OAB in children, spinal cord injury, so it was looking at the whole issue of continence care in this country. In many ways, what we produced in this document was a way of streamlining services and providing a more efficient programme that wouldn’t cost too much more money, but is now a good time? The Government is challenged more than ever with the crises in smear and breast cancer screening.”

Although it was produced over a decade ago, Prof O’Reilly told this newspaper that the recommendations contained in the document are still relevant. Communication channels between primary care and hospitals are still flawed, he argued, and need to be addressed.

“I think there is quite a bit of work going on at the moment to improve the communication level, but it is still — certainly in our hospital, and I am sure we are not too different to the rest of the country — based on hand-written referral letters to doctors to the hospital, screening them by the consultant, and then being put on a routine waiting list. The continence strategy tried to take a leaf out of a colleague of mine in neurology in St Vincent’s, [Prof] Niall Tubridy, who set up a platform called Neurolink, which was a very efficient link between primary care and the neurology services in St Vincent’s. They significantly dropped their waiting lists simply by having that interactive connection, which would allow GPs to look for advice simply, rather than directly sending patients in. What we envisaged was creating a ‘Urolink’, so that kind of facility between tertiary and primary care to allow as much care to happen in the community as possible without potentially needless referrals to the hospital.”

Prof O’Reilly said he hopes that the Department of Health and the HSE understand the importance of improving and restructuring services in order to raise the quality of treatment and care for people with these conditions.

OAB can have a significant impact on a person’s quality-of-life, according to Prof Barry O’Reilly. Elderly people who have to go to the toilet multiple times at night are at greater risk of falls. Younger people are often afraid to go to work and/or meet friends, leading to social isolation.

“It is significant in terms of isolation and social contact and also with interpersonal relationships with their partner,” according to Prof O’Reilly.

“It becomes very embarrassing and they tend to avoid interpersonal relations and as a result of all this, there is a strong correlation with depression. These women often get very depressed. They don’t exercise, they put on weight and it is like a vicious circle. The more weight they put on, the worse the problem gets.”

Prof O’Reilly stressed that the earlier people get treatment for OAB, the better the outcome.

“There are a number of new medications that have come out over the past five-to-10 years that are fairly effective, but what we need to be aware of when we are looking after a woman with this particular problem — it is not just giving a tablet, it is giving what I call ‘a package of care’,” he said.

“So the medication just alleviates the symptoms. What the woman also needs to do is make various lifestyle changes, so we know that fluid intake should be monitored… What many people don’t know is that fluid intake in this kind of climate is one-and-a-half to two litres a day, which is six-to-eight glasses of fluid.”

Bladder-retraining exercises are another important part of the package of care.

With stress incontinence, Prof O’Reilly said that until recently, there were only two options — one was physiotherapy, the other was surgery.

“We now have a third option, which is transvaginal laser treatment. That is a fairly exciting new development in the management of stress incontinence. The advantages of it are that it is an outpatient-based treatment. So it is a walk-in, walk-out therapy. It takes about 20 minutes to do. There are no complications associated with it. It is painless. There is no blood loss or infection.”