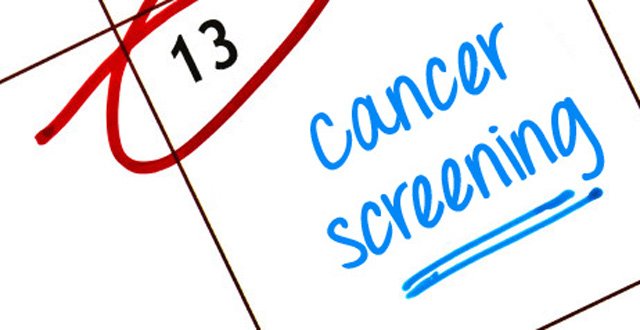 Doctors around the country have no doubt been listening to the questions of women confused and understandably upset by the CervicalCheck controversy. At the Irish Cancer Society, we are worried that this is creating wider concern about all cancer screening.

Screening for cancer is fallible and not diagnostic. A <em>Cochrane Review</em> published into studies of cervical screening from around the world found that for every 1,000 women screened with the PAP test (a forerunner of the current liquid cytology test), around 20 will have precancerous changes. But the review concluded that the test would only identify 12 of the women, missing eight of them.

The liquid cytology test employed in cancer screening cannot reliably detect adenomas, which arise deeper in the cervix.  Testing itself is also associated with a very small but finite risk of errors, which can occur from a number of sources: Administrative, technical or due to human error, as happens with all medical tests.

Screening is not perfect, but its advantages by far outweigh its pitfalls. The Irish Cancer Society firmly believes that attending cervical screening appointments is a vital way for women to protect themselves from this deadly cancer. Simply put, screening save lives.

Prior to screening, Irish cervical cancer rates were rising at 4 per cent per year.  In the decade since CervicalCheck was established, more than 1,300 cancers and 50,000 high-grade and 37,000 low-grade pre-cancerous abnormalities have been found, leading to preventative treatment that has meant that incidences of cervical cancer have decreased by 7 per cent each year.

As members of the medical profession, readers of the <strong><em>Medical Independent</em></strong> can do their part in conveying this life-saving message. Each year in Ireland, approximately 300 women are diagnosed with cervical cancer, but this number is falling. Thanks mostly to screening, almost half of them receive their diagnosis at stage 1 of the disease, with 95 per cent of these women surviving for at least five years post-diagnosis and the majority being cured.

In the case of more than 6,500 women each year, advanced precancerous changes will be found, which will need treatment to reduce the chance of them becoming a cancer.

But the fewer women who attend appointments, the more likely these precancerous changes will evolve into cervical cancer.

Clearly, confidence in the cervical screening service has been badly shaken. Not only does the medical community need to work with the HSE and organisations like the Irish Cancer Society in restoring such confidence, we also have to work to ensure a contagion of suspicion doesn’t spread to our breast and bowel screening services.

All three cancer screening services are designed to cut cancer deaths by trying to detect the likely presence of a target cancer at an earlier stage when intervention has a better chance to prevent the full-blown disease.

In 2016, BreastCheck had an uptake rate of 74.7 per cent among women in the eligible age group. As a result, 986 cancers were spotted, in many cases leading to earlier intervention that has saved lives. As the National Screening Service noted, this success surpassed the programme standard of 70 per cent.

BowelScreen’s latest figures show how the programme is saving lives — to date, it has detected 718 cancers and removed almost 19,000 pre-cancerous growths.

However, fewer than 40 per cent of eligible people — 35 per cent of men and 45 per cent of women — have availed of BowelScreen in the most recent screening round.

Unfortunately, BowelScreen already has its own challenges. Research commissioned by the Irish Cancer Society and undertaken by Dr Nick Clarke in UCC found that fear and fatalistic beliefs about cancer are leading to many not taking up the offer of the free, simple, life-saving test.

Through a survey of around 2,000 people who were eligible for the Tallaght pilot, BowelScreen found that almost one-in-four (24.3 per cent) believe that cancer is a ‘death sentence’.

However, there is hope. Just over 96 per cent of survey respondents believed that going to your doctor as quickly as possible increases your chance of surviving cancer.

The importance of primary care in restoring confidence in screening cannot be underestimated. The long-held personal relationships between GPs, nurses and their patients is invaluable in conveying such life-saving messages.

The relationship will be vital in informing women about upcoming changes to cervical screening. HPV DNA testing is set to replace liquid cytology this autumn, after HIQA’s 2017 Health Technology Assessment found that this test would reduce the number of screenings each woman has in her lifetime, while providing better accuracy in detecting precancerous abnormalities and early-stage invasive cervical cancer, although this test will also have false positive and false negative error rates.

While women will experience no change in how the cervical screening sample is collected, HPV DNA testing will lead to 20 per cent more pre-cancers detected, 30 per cent more cancers and mean screening moving from every three years to every five years for women who have had the HPV vaccine, which prevents seven-in-10 cases of cervical cancer.

If your patients have any specific concerns about CervicalCheck, please direct them to the CervicalCheck helpline on 1800 454555. Separately, the Irish Cancer Society is also here to help. We’ve updated our website with important information at cancer.ie/cervical-cancer-controversy, while cancer nurses are available to speak with the public through our Cancer Nurseline — 1800 200 700 (lines open Monday-Friday, 9am-5pm).

The inquiry into CervicalCheck will hopefully give the public a clearer picture of the mistakes, but also the successes, of our national cervical screening programme. This work, ongoing political debate, and the harrowing stories of women with cervical cancer and the families of those who died but who have since been tangled in this controversy will no doubt keep the issue in the public’s mind for many months, and perhaps years, to come. A long road is ahead if the national screening service has any hope of restoring public trust. But it is important to know that we can all play our part in ensuring as many lives as possible can be saved.

<strong><em>Dr Robert O’Connor is Head of Research at the Irish Cancer Society.</em></strong>