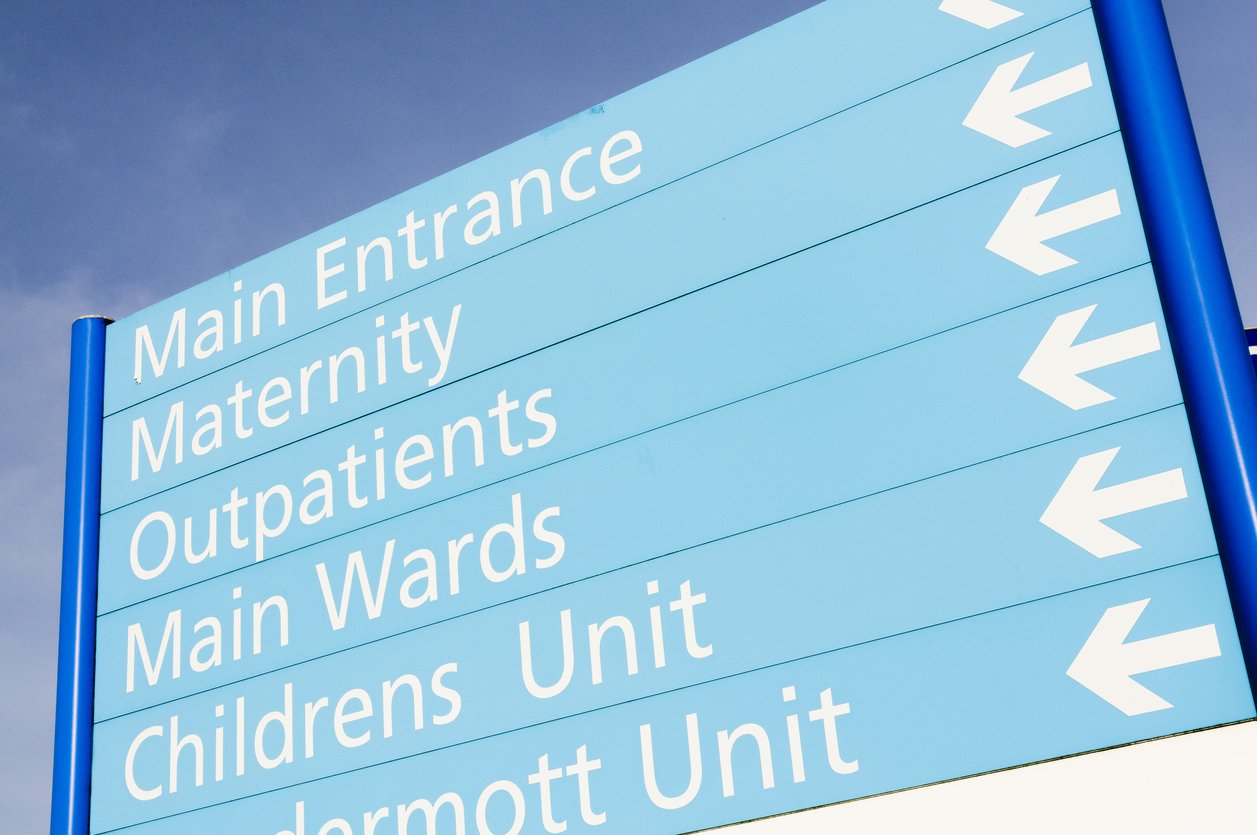 The lack of a licensing system in Ireland has prompted Beaumont Hospital’s decision to prepare for independent accreditation. Catherine Reilly reports.

The website of Joint Commission International (JCI) states that earning ‘the gold seal of approval’ demonstrates dedication to improving healthcare quality and safety. The ‘gold seal of approval’, which is a registered trademark, is emblematic of JCI’s global prominence in healthcare accreditation – a process that has both its supporters and sceptics.

According to a JCI brochure, each new edition of standards “reflects the most current thinking in patient safety practices and concepts to help accredited and nonaccredited organisations uncover their most pressing safety risks and advance their goals for continuous quality improvement”.

“Through interviews, observations, and interactions with your organisation, our JCI survey team evaluates the effectiveness of your organisation’s patient safety and quality system. The survey process accommodates and respects specific legal, religious, and cultural factors within a country.” JCI accreditation can be achieved by different types of health and social care organisations, including hospitals, academic medical centres, laboratories, and long-term care facilities.

Currently, there are 31 health and social care organisations in the Republic of Ireland holding JCI accreditation including 17 (mainly private) hospitals. MI understands the drive for independent accreditation in the private hospital sector was precipitated by a contractual requirement by Vhi, and subsequently, other private health insurance providers. There is no such requirement on public hospitals, however.

In March 2021, hospital management informed the board of its intent to pursue JCI accreditation. The decision arose from the “lack of a licensing system in Ireland”, stated board minutes obtained by MI through Freedom of Information law.

The meeting minutes indicated that the decision was not put to the board for prior approval. Chairperson Ms Gillian Harford sought fundamental information on the matter, including whether the process would only involve specific departments; whether funding had to be sought; and the length of the process.

CEO Mr Ian Carter advised that hospital accreditation would be pursued. He reported that the hospital would fund the “endeavour” directly and the process would take about 12 months (MI understands the process leading up to the application will take approximately 12 months). RCSI Hospitals Group (where Mr Carter is also CEO) informed MI that, in April 2021, HSE Acute Operations granted funding for the progression of three quality and safety initiatives within the Group –falls prevention; accreditation; and management of the deteriorating patient. “The required funding in each instance is a Clinical Service Project Manager (grade VII or equivalent).”

A key benefit of accreditation was “externally validated achievement of key internationally recognised patient safety goals”, according to the RCSI Hospitals spokesperson. Currently it is planned “to move this accreditation initiative on a hospital-by-hospital basis commencing with Beaumont Hospital”.

Health Care Informed (HCI) works with health and social care organisations to provide patient safety, regulatory compliance, and quality improvement intelligence and support. It has assisted healthcare organisations in preparing for JCI accreditation. CEO of HCI Mr John Sweeney told MI there are two factors that have driven hospital accreditation in Ireland – one was the requirement on private hospitals initiated by Vhi; the other was organisations’ desire for an overarching quality and safety framework.

The JCI process for site accreditation is widely acknowledged as intensive. Therefore, for a public hospital in a pressurised system, are there risks inherent in taking on this endeavour?

“It is a fair point,” acknowledged Mr Sweeney. “It does require time and energy, there is no question. It is a challenge and it is an investment.” However, he added: “The organisations, be they public or private, that have gone down the road say yes, certainly the first 12 months – the first 18 months – is challenging, it is difficult, it is time-consuming, but the benefits are there. That is evidenced by the organisations continuing to do it and not just the ones that have to. The initial development work is always a challenge, but it is an investment in what they are doing and the benefits are trying to evaluate and improve the overall systems they are providing.”

The “return on investment” is an organisation that is “better structured, that has clear governance, and has systems in place that have actually been considered and evaluated internally, which is not always the case because people are so busy”.

A major benefit from the process is “peer review” as the organisation is assessed by independent experts who are senior professionals in medicine, nursing and administration. Internationally “accreditation is just growing and growing significantly over the last 10 years”, added Mr Sweeney. “That is because it is giving these hospitals this framework that helps them to prioritise the areas [required] and helps them see how all of these areas interact with one another.”

According to a statement to MI from Mr Patrick Dowling, President of the RVEEH, the hospital has achieved JCI accreditation on three occasions through the “hard work and dedication” of staff. “Each time it takes a huge amount of effort and time to make sure the hospital passes the rigorous checks JCI requires on inspection. On all occasions the hospital has achieved the standards required on first inspection. We have found that the accreditation process galvanises our staff, brings a greater focus on standards and processes, and ensures that we remain up to date with best practice internationally.

Ms Angela Smyth, Director of Quality and Patient Safety, SVUH, commented: “Our commitment to quality and patient safety led to us choosing to be independently inspected against international hospital accreditation standards. This promotes a commitment to continued sustained quality improvement for our patients, visitors, and staff within the services we provide.”

SVUH did not disclose the costs associated with maintaining accreditation, but confirmed these are incurred by the hospital. Benefits of the exercise included the fostering of a culture of safety throughout the hospital and preparing SVUH for future licensing by HIQA.

A healthcare professional who experienced several JCI inspections at a private hospital (who did not wish to be named) said the process potentially instigated positive changes at the hospital, but they maintained this was not the case in their department. The last inspection when they worked at the private hospital was in 2014. They said the department would alter certain practices during the inspection to comply with the prior advisories of the JCI team. For example, the established practice for a short theatre list was that the anaesthesiologist and anaesthetic nurse laid-out the drugs for each patient in advance.

However, the JCI inspectors advised that the drugs should only be drawn-up when each patient arrived in the anaesthetic room. “[The change in practice] delayed things and caused confusion,” said the healthcare professional. “As soon as they [the inspectors] were gone, everything changed back.”

The entire department was on ‘the same page’ on such issues. The consultants considered such changes in practice as “malarkey” and feared it would lead to “nothing getting done”. There would also be “surprise questions” that were sometimes directed at staff who would not be qualified to respond (for example, questions on theatre practice directed at recovery room nurses).

According to HCI’s Mr Sweeney, in previous years, some organisations saw the process as an exam and the main goal seemed to be the generation of new policies and copious paperwork. He believed the approach of organisations had substantially moved forward. It is crucial the process is clearly managed with close oversight from the senior management team, he underlined.

“[Another] big risk is that this meanders along and starts soaking up people’s time and pulls them away. That is where we come in. Where our role is very much involved is to make clear that when people are allocating this time, be it an hour a month or two hours a month… that they are focusing on what is important.”

Mr Sweeney said he was unaware of any other developed country that did not have either accreditation or regulation across the hospital sector. Prior to the Covid-19 pandemic, there was “a lot of interest” within public sector organisations regarding independent accreditation.

A healthcare licensing system has been planned by Government for many years. The Patient Safety (Licensing) Bill is currently with the Attorney General’s Office for drafting to be undertaken. The licensing body under the proposed system would be HIQA. MI asked the Department of Health if any other licensing bodies would be permitted under the system; and whether independent accreditation by an international organisation (such as JCI) would be recognised as an alternative to the HIQA process.

According to the Department, HIQA “will be the licensing authority under the Bill”.