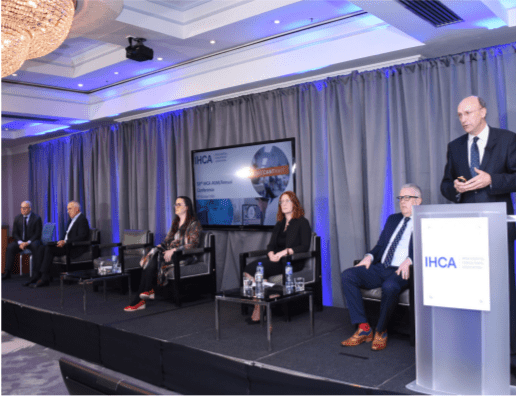 Long waiting patient lists are not just a product of the recent pandemic, the IHCA Secretary General told the Association’s annual conference earlier this month. Mr Martin Varley warned that the situation is “unfortunately deteriorating year after year after year”.

The Association’s annual report noted 907,617 people were on some form of National Treatment Purchase Fund (NTPF) waiting list, including 98,394 children. The total figure would soon be one million, according to the report. “The basic problem is that we don’t have the [hospital bed] capacity,” said Mr Varley.

He said that a year ago “that figure was 500”. “So we are waiting for health management and the Minister [for Health] to address some of the root causes of that problem.” He added that the consultant vacancies “are more serious than you would think because, to start with, we have 42 per cent fewer medical specialists than the EU average and, in addition of the approved posts, we have one-in-five of them which are vacant”.

Mr Varley stated medical agency spending had increased by €59 million since 2012 and that consultant salaries were not competitive at an international level. He raised the issue of pay inequality for consultants employed since 2012, adding that recruitment had “nosedived” ever since this policy was implemented.