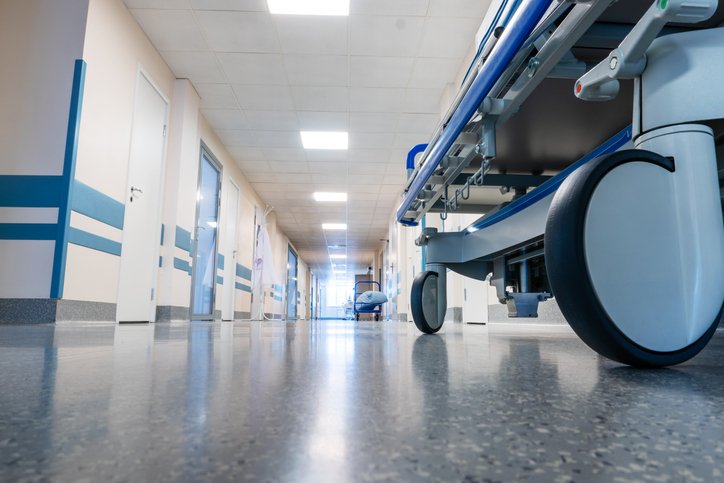 Medical bed on wheels in the hospital corridor. View from below.

The State Claims Agency (SCA) is managing “a number of claims” against hospitals in which the wrong side or size component was inserted during a total hip arthroplasty or total knee arthroplasty joint replacement procedure. International evidence and SCA experience suggested “these incidents are not as uncommon as might be expected”, according to an article in the Agency’s Clinical Risk Insights bulletin.

The article referenced a review of 550 claims relating to consent and non-technical errors (ie, patient safety failures) in orthopaedic operating theatres in England and Wales, which found that 24 claims with cost of £2.9 million (€3.4 million) related to implantation of an incorrect prosthesis.

It has been reported that most cases of wrong-site surgery in orthopaedics involved communication breakdown, according to the piece by Mr Mark McCullagh, Clinical Risk Adviser, SCA. A number of solutions to reduce the risk have been proposed, including introduction of an ‘implant time out’ to ensure the surgeon and theatre staff confirm the appropriateness of the prosthesis prior to implantation; and implementation of a scanning system to identify wrong prostheses prior to surgical implantation.

An SCA spokesperson told the Medical Independent (MI): “In line with its risk management mandate, the SCA analyses incidents to identify those from which learning can be extracted, including incidents which, though rare or unusual, may have a significant impact on patient safety.