No plans to put Coast Guard on ‘statutory footing’ 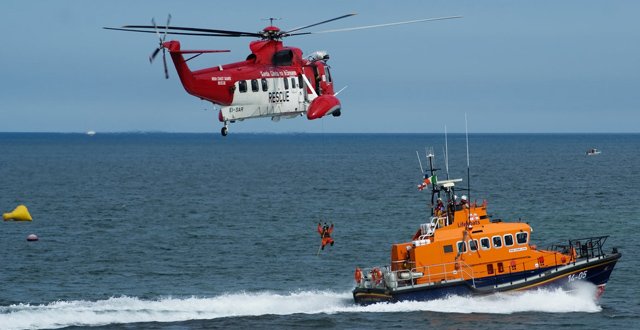 In a recent written reply to a series of questions from Co Mayo GP Dr Keith Swanick, Fianna Fáil’s Seanad spokesperson on Health and Mental Health, the Minister for Transport, Tourism, and Sport Shane Ross said that his position had not altered since he spoke about this matter in the Seanad back in February 2017.

“I advised at that time that it is difficult to identify any benefit or added value for legislation, or clearly identify what the purpose of any legislation would be, to establish a standalone Coast Guard,” wrote Minister Ross in his written reply sent to Dr Swanick and seen by the <strong><em>Medical Independent</em></strong> (<strong><em>MI</em></strong>).

“I have not heard any compelling arguments to convince me otherwise in the meantime. The Coast Guard is functioning very effectively as a Division of my Department and its role is supported through various legislative instruments. “

In February 2017, Dr Swanick first raised the issue with the Minister: “I asked Minister Ross to engage proactively with members of the Irish Coast Guard and to deal with their concerns.

“They are the only blue-light service which are not on the same legislative footing as other emergency service personnel and that is why I believe that their concerns deserve to be taken seriously,” Dr Swanick told <strong><em>MI</em></strong>. He added: “Professionally, I regularly liaise with the Irish Coast Guard and work in tandem with them on occasion.

“I had the privilege of recently participating in the Miles in their Memory 347km cycle from Dublin Airport to Blacksod in Mayo, in memory of Rescue 116 crew members Ciarán Smith, Paul Ormsby, Dara Fitzpatrick and Mark Duffy, who were sadly lost last year.  I experienced first-hand the bravery and commitment of Irish Coast Guard volunteers to serving the public while putting their own lives in danger.

“On every single call out, they are exposed to dangers with which no other workers outside the emergency services are faced. They handle approximately 2,500 marine emergencies a year, assist 4,500 people and save over 200 lives.

In his written reply to Dr Swanick, Minister Ross added that legislation in this area would be “an inherently complex task”.

“The volunteer dimension of the Coast Guard’s activities adds to that complexity. Volunteers are not, as individuals, bound by employee or contract law and offer their services freely on a voluntary basis,” wrote Minister Ross.  “In my address to the Seanad, I cited the example of the Civil Defence Act, which does not contain any provisions in respect of its large volunteer force.