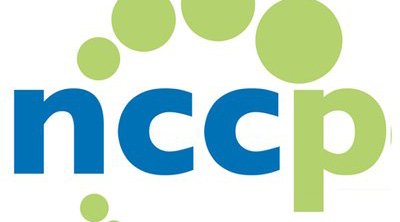 The National Cancer Control Programme (NCCP) has decided not to endorse a magazine for cancer survivors, the Medical Independent (MI) can report.

The NCCP recently met with the editor of Happy Magazine, which is a support website and a printed magazine for people affected by cancer in Ireland, following a request by the publication for the Programme’s support.

According to minutes of a senior management meeting in December: “The magazine’s content is based on open inclusion from cancer survivors without editorial work.”

“NCCP is not supporting the distribution of this magazine.”

The meeting heard that Dr Greg Martin, a specialist registrar in public health medicine, who worked with the Programme on a six-month placement, met with the editor of the magazine to discuss a potential collaboration or endorsement.

“Agreed that the NCCP response needs to be evidence-based with a rapid review of the evidence,” the minutes stated.

“There should be a unified response to counter these claims including charities and current evidence.”

A spokesperson for the NCCP confirmed to MI that the content of the magazine is not subject to review as to the clinical advisability of any recommendations made.

“For this reason, the NCCP does not endorse it and does not facilitate its dissemination to patients,” according to the spokesperson.

They said the Programme is aware of the widespread availability of information, particularly online, giving nutritional advice to people who have been diagnosed with cancer.

“Concerns have been raised with us as to the risk of patients following incorrect nutritional advice to the detriment of their health — particularly at a time when they are undergoing treatment,” the spokesperson said.

“Our response to this has included collaboration (now underway) with a number of cancer charities (Irish Cancer Society, Marie Keating Foundation, Breakthrough Cancer Research) and the Irish Nutrition and Dietetic Institute, to work on evidence-based recommendations for patients and which will be jointly endorsed.”

The founder and editor of Happy Magazine, Ms Holly Kennedy, who is a breast cancer survivor, told MI that the publication “does not focus on medical information but rather shares inspiration for a happy life after a cancer diagnosis with content on topics like beauty, wellness, books, gifts, survivorship and exercise”.

“As such, not all of our information can be evidence-based at all times, however it is of the utmost importance to Happy Magazine that our content is responsible and reliable for our audience,” according to Ms Kennedy.

“To this end, we are endeavouring to forge relevant relationships in the cancer industry in Ireland and will be setting up a clinical advisory committee by the end of 2019 to help ensure our content reaches a high standard at all times.”